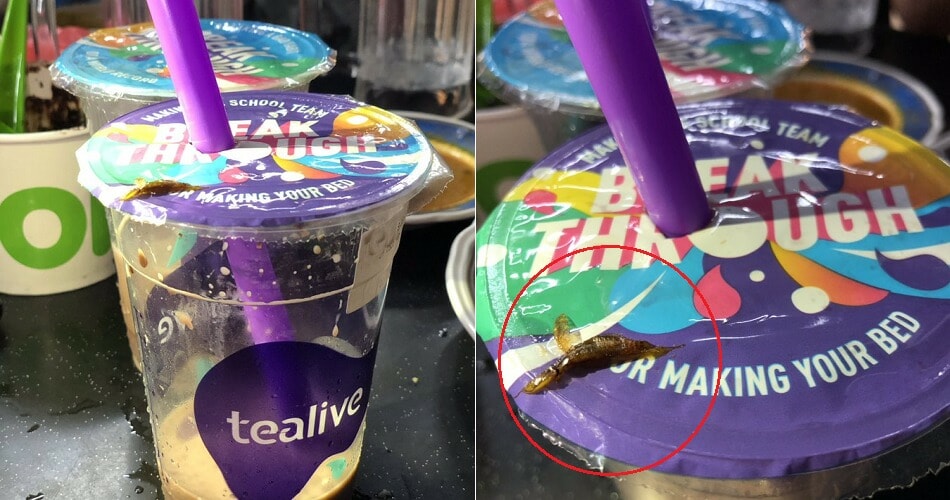 Ew, this is disgusting!

A fellow netizen bit into something nasty whilst he was drinking a beverage which he had bought from a Tealive branch in Aeon Shah Alam. In a tweet which now has over 1,400 retweets, the disgusted netizen wrote,

“Even though the boba trend is viral now, I didn’t order a boba milk tea but I got to taste a ‘new kind of boba’.”

“I would like to know why is there (a roach) in my drink? @tealiveasia I bit into it!!! I bought this (the drink) at @tealiveasia Aeon Shah Alam. Please explain yourself.”

Here’s the close-up picture of the roach: 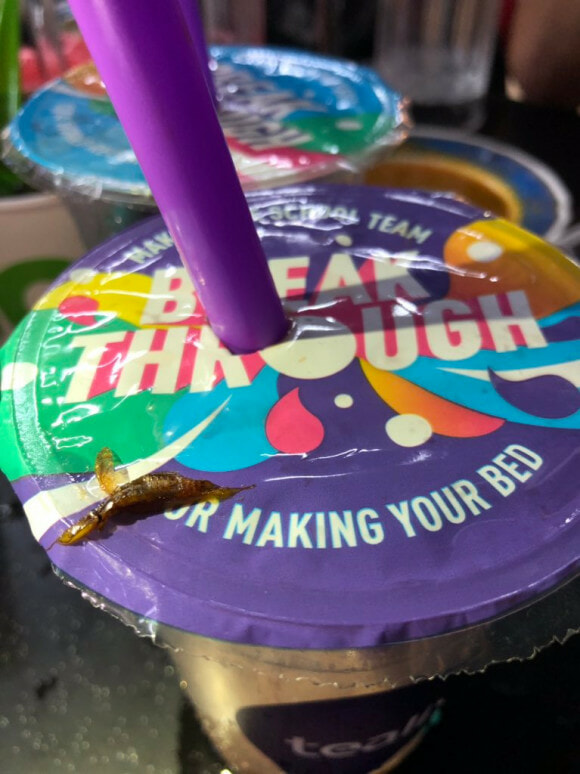 Further down the Twitter thread, the netizen encouraged his followers to retweet so that the famed milk tea chain will notice this blunder. After his post went viral, other people online were equally disgusted by his discovery and suggested that he should either complain to the branch’s manager or customer service. 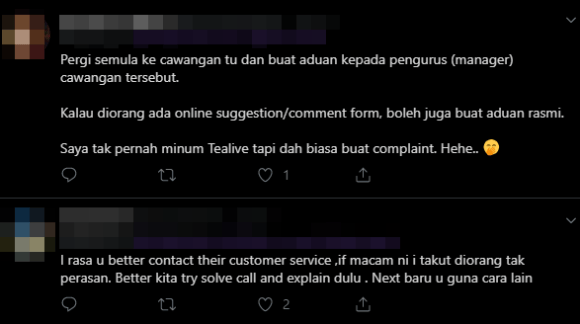 Another netizen said that she is now horrified to even drink anything from Tealive, especially after someone found a lizard in their drink in the past. Meanwhile, one person was curious and asked him what did the roach taste like. He jokingly said that it tasted like chocolate and it was crunchy. Ew! 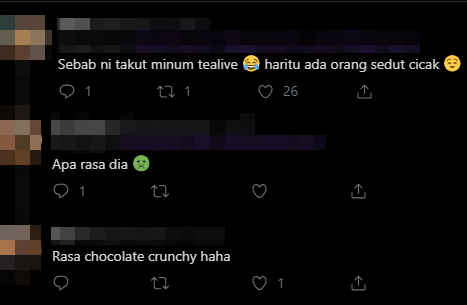 Well, we definitely wouldn’t want to encounter something that disgusting in our drink, so we hope he can find a solution to his predicament. As of now, Tealive has yet to respond to the case, perhaps we’ll keep an eye out for more information on this matter. 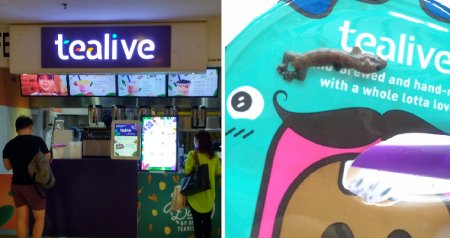