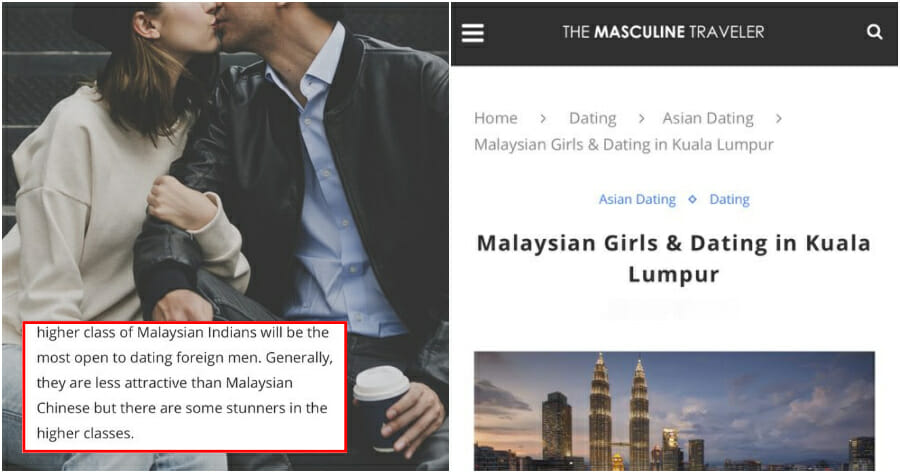 Disclaimer: This piece reflects the opinions of readers on the subject matter and the opinion of the writer. It does not necessarily reflect the opinions or beliefs of WORLD OF BUZZ.

Recently, World of Buzz received complaints from netizens and readers in regards to an article published by a website called The Masculine Traveler. The article was said to be demeaning to Malaysian women with inappropriate, sexist and racist remarks that have caused outrage among netizens.

The website, The Masculine Traveler, is a site “built on the idea of sharing knowledge to help others travel the world, and have success with foreign women”, as stated on their page. Hence, they write articles on the different types of women that men can find in different countries and also provide ‘tips and tricks’ on how to pick up these women. 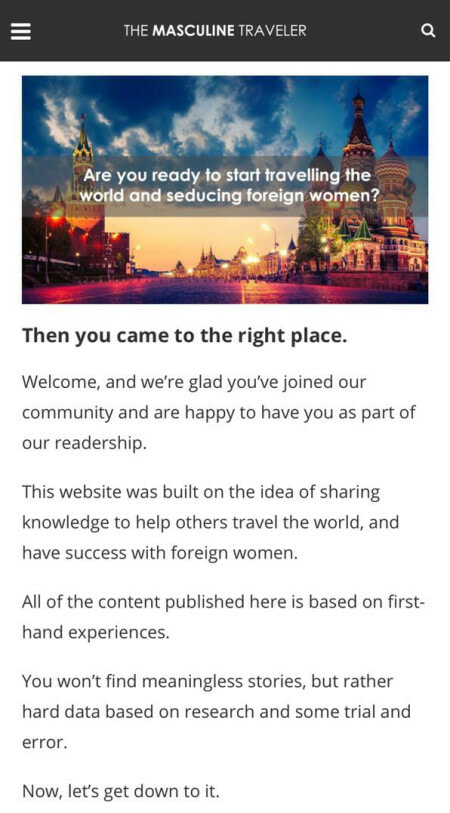 However, what caught the attention of Malaysians is when an article published by them, titled ‘Malaysian Girls & Dating in Kuala Lumpur‘, resurfaced after a netizen had shared it. The statements and remarks written in the article were extremely offensive and demeaning as it objectifies the women from our country from the very beginning of the article until the very end.

In the first paragraph of the article, the author highlights that Malaysian girls are often “not the most sought after class of Asian women in international dating” compared to other South Asian destinations. However, the author then reveals that through the article, men would be able to take “a closer look at Malaysian girls in Kuala Lumpur” and learn that these women are “an untapped opportunity to men” who are seeking for relationships with Asian women. 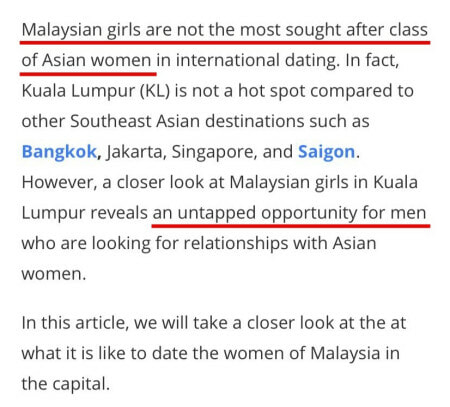 The author then breaks down the article into three sections, each section dedicated to the three main ethnicities in Kuala Lumpur: Chinese, Indians and Malays.

The first section, the author speaks about Chinese women stating that they are generally the most attractive as they have whiter skin and possess polite dispositions. Adding on that ‘Chinese Malays’ prefer dating foreigners, particularly White men.

The author even had the audacity to say that however, some Indian Women are “stunners” if they are from the higher classes.

Adding fuel to the fire, the author heads into the insights of dating Malay women. Besides stating general information such as the Malay race represent the dominant ethnic group in the country, he then added that Malay women are “generally the least attractive class” and that “most foreigners will not pursue them due to the religious element”.

He even stated that Malay women are the easiest among women of other races to get into bed with. 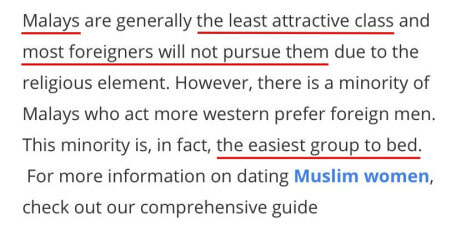 At the end of the article, to sum things up, he wrote: “There are plenty of opportunities for men who seek casual sex or for those who are more relationship-minded in meeting beautiful Malaysian girls in Kuala Lumpur.”

“Those who are keen on visiting Southeast Asia should consider Kuala Lumpur due to the cost, high English levels and solid Malaysian girls,” the author added on.

Enough is enough. Women are not objects. There is no need to “leave a review” of each woman of a different race. What are we? An item bought on Amazon?

Race does not need to play a factor in figuring out which type of women are the “absolute best”. The colour of our skin should not play a part in defining what beauty is. And it isn’t right to call these “pointers” in the article facts based on a few foreign men’s opinions.  It isn’t facts. It is pure BS.

It is already difficult enough for most of us women to deal with the common stereotypes we face every day or to be criticised and harassed on a daily basis. We don’t need more men coming at us thinking that their superficial opinions on us are somewhat beneficial. And we certainly don’t need any foreigners who only view women as objects of pleasure to tell us we’re “underrated”! Seriously, check yourselves.

What are your thoughts on the article? Let us know in the comment section below.

Also Read: “Your womb belongs to me” Ex-Miss Universe Malaysia Shares Years Of Being Harassed & Stalked 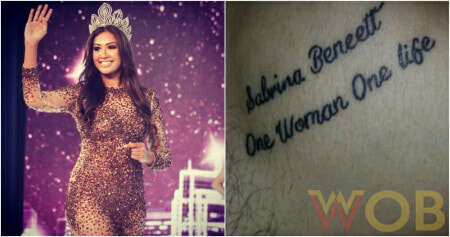