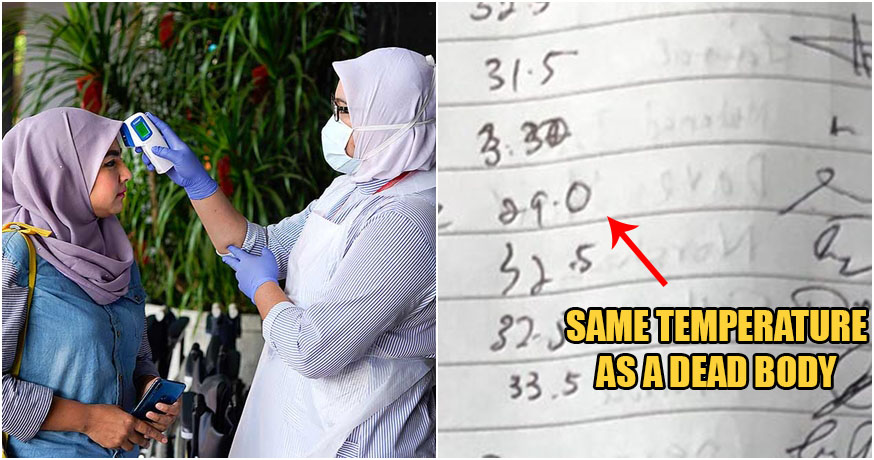 If you have been outside recently during the CMCO period (for a good reason, don’t simply go out ah), you will probably have been screened for your body temperature outside most business premises. After all, it’s obligatory to ensure that when you visit these businesses, you do not show any symptoms of fever, which are one of the signs of a Covid-19 infection.

But when it comes down to it, how can we be absolutely certain that the temperature checks are being done properly, and that the results obtained through these screenings are accurate? Well, in a recent post that was uploaded by a local doctor, it has been found that the margin of error for some of these temperature tests may lead to a false sense of security. 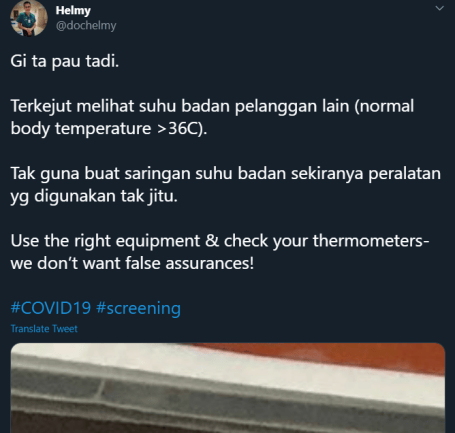 The post, which was uploaded by Dr Helmy Haja Mydin, who works as as a lung specialist at Pantai Hospital Kuala Lumpur, shows the written results obtained from visitors at a restaurant in Petaling Jaya, in compliance with the new SOPs currently being enforced by the government.

To the untrained eye, this may not seem to be much of a surprise. But medically, the normal human body should record a body temperature of anywhere between 36 degrees Celsius and 37.5 degrees Celsius. Anything beyond that is considered to be symptoms of a fever.

Anything below that is already cause for alarm. As for the one person who recorded a body temperature of 29 degrees Celsius, they could very well be a zombie said General Practitioner Dr Rizin Kusop, as usually dead bodies tend to reach ambient room temperature as heat dissipates from within. According to Very Well Health, the dead body losses around ‘ two degrees Celsius in the first hour; one degree each hour thereafter.’.

Body temperatures that reach 29 or 28 degrees Celsius can also be found in people who are suffering from severe hypothermia, according to The Better Health Channel operated by the Victoria State Government in Australia.

“There’s no point in doing temperature screenings if the equipment isn’t accurate.

Use the right equipment and check your thermometers – we don’t want false assurances!”

According to the doctor when contacted, he told the Malay daily that such inaccurate readings may mean that people who really do exhibit symptoms of fever and could be infected with Covid-19 may be allowed into store premises as a result.

“Fever is a symptom of Covid-19 and we don’t want infected people spreading the disease to others,” he adds.

How are faulty readings obtained?

Well, according to Dr Helmy, faulty readings can be attributed to a few core factors, of which include a failure to calibrate the thermometers properly before use, lacking knowledge in using the thermometer, and of course the quality of the thermometer gun itself. 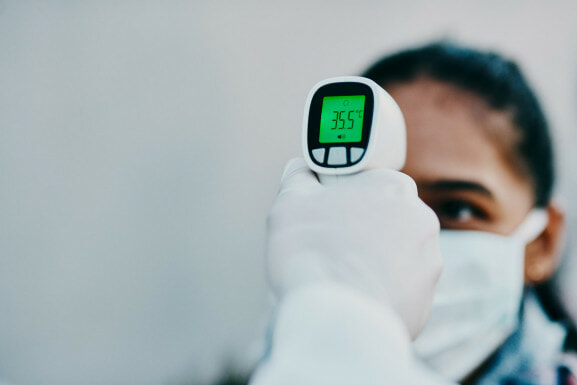 And as it turns out, thermometer guns used by most businesses now, also called temporal artery thermometers which uses infrared light to scan your forehead for a reading, are not the most accurate. Remember mercury thermometers that doctors put in your mouth when you’re sick? Yeah, those are most accurate, but also more cumbersome as it would require constant sterilisation.

But it’s not completely the thermometer’s fault either, as it has been discovered by Dr Ahmad Zakimi Abdullah, an emergency medicine specialist with the Ministry of Health, that some people who were tasked to screen temperatures at businesses didn’t actually know what was considered to be ‘normal body temperature’. 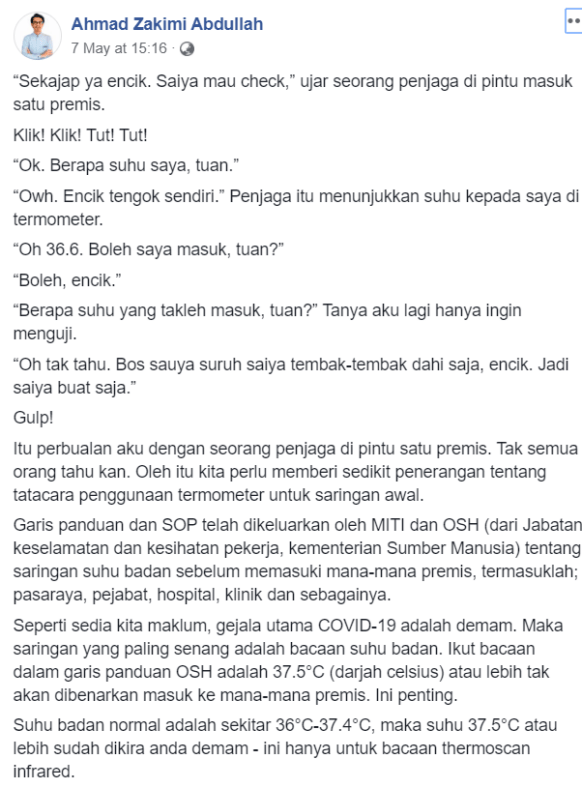 But that’s not all. On which part of your body you get screened can also affect the temperature readings, reports The Star. According to Dr Ahmad, when an infrared thermometer is used on your forehead, a reading of 36 degrees Celsius and 37.4 degrees Celsius is normal. Anything higher indicates a fever.

On the other hand, readings of 37.2 degrees Celsius and below obtained from taking one’s temperature with their armpit is considered normal. Anything higher indicates a fever.

So with all that information, it is high time that you make sure your temperature readings are being taken accurately at most outlets! As for business owners, please do ensure that your temperature guns are functioning properly, and that your staff are adequately trained to ensure your efforts do not go to waste.