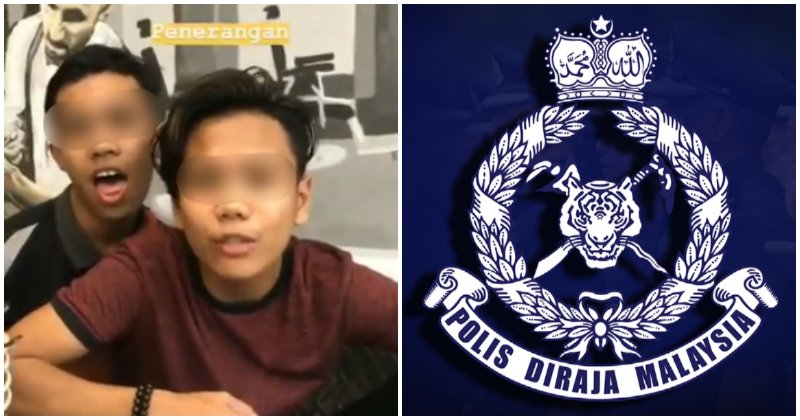 Looks like posting a half-hearted apology will not get you out of hot water, especially if you chose to vandalise food items at one of Malaysia’s most adored convenience stores (what did FamilyMart ever do to you, huh?).

The Royal Malaysian Police (PDRM) is officially on a manhunt for the boys that decided that it would be funny to crush a bunch of cakes and pastries (what did cakes and pastries ever do to you, huh?), and to open and drink from an unpaid bottled beverage in a FamilyMart outlet in Nilai.

Nilai district’s chief of police, superintendent Mohammad Nor Marzukee Besar, confirmed to Kosmo! that the FamilyMart staff has made an official report regarding the incident. He added that they are currently actively tracking the suspects for further investigation under Section 427 of the Penal Code for causing mischief.

The outlet manager had apparently seen Luqman’s video, cross-referenced it to their CCTV footage, and came to the conclusion that the boys had deliberately caused the outlet a loss of RM30 for their 5 minutes of fame. (And some fame they did receive indeed.)

The boys not only received backlash for their disrespectful behaviour towards the food, but also for the lack of remorse shown during their explanation video and the overall obnoxiousness displayed throughout the entire incident.

Personally, I can’t wait to see this guy locked up. (You’ll understand why if you’ve seen the videos.)

Here’s to hoping the cops catch them as soon as possible! Some good ol’ fashioned jail time may do them some good.

Also read: Boys Who Vandalise FamilyMart in Nilai Post Apology Video But Netizens Are Not Having It 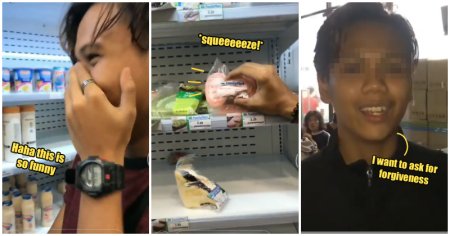