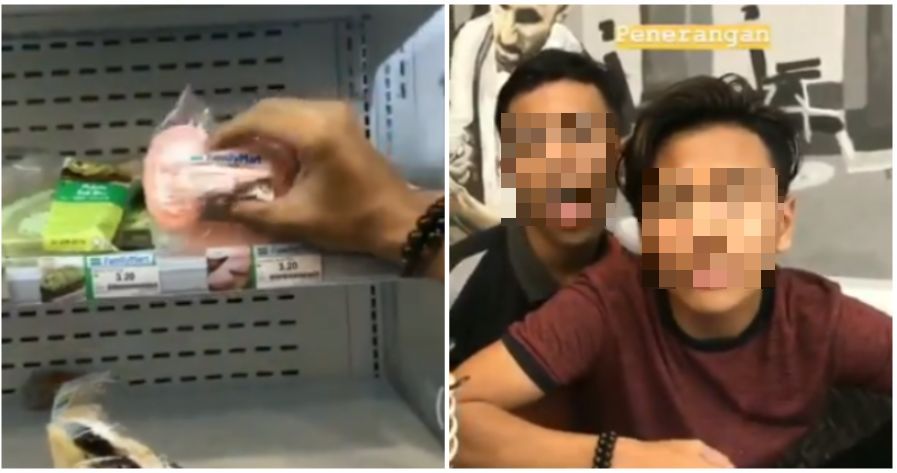 They say idle hands do the devil’s work, which clearly refers to the two kids who took to Instagram to proudly showcase their uncivilized behaviour at a FamilyMart outlet in Nilai, Negeri Sembilan.

The GAGS Malaysia Facebook page shared Luqman Hakeem’s (@luqbubbless) Instagram story of himself and a friend at the FamilyMart outlet, squishing and destroying the little cakes that were for sale. He also messily rearranged items out of their isles, disorganizing the drinks section, overturned sandwiches and even went so far as to open a bottled drink, taking a sip and placing it back.

The worst part? He seemed to be enjoying himself the entire time, laughing and giggling as he vandalized the food items.

Netizens were quick to take action, sharing their anger in the comments section of GAGS Malaysia’s post while also taking to Luqman’s Instagram page to give him a piece of their mind. 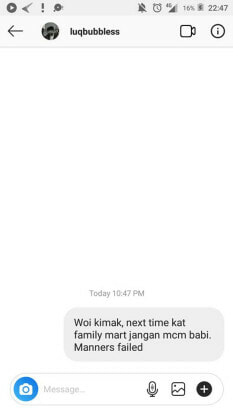 This comment goes, “Woi XXXXX, next time when you’re at FamilyMart don’t act like a pig. Manners failed.”

Luqman deleted his Instagram page, probably due to the backlash he was receiving, but also released another video alongside his friend to explain his behaviour.

In the explanation video, Luqman claims that he had already bought the items when he made the original video, and that he and his friends would not have done it without purchasing the items first considering there were CCTVs and people everywhere, while telling netizens to relax. His friend can be seen and heard singing a part of the Taylor Swift song ‘Shake it off’, going ‘haters gonna hate, hate, hate’.

Netizens though, didn’t take the explanation video well, seeing that the boys were clearly not remorseful and did not have a good reason to pull off such a disrespectful stunt.

This comment goes, “Look at the way he’s sitting, the way he’s speaking and the way he’s addressing the public, you can already tell he behaves like a gangster. Societal trash. Requesting for Alam Flora to pick up and transfer this trash to the landfill. One less trash in Malaysia.”

Other netizens also demanded proof that they had bought the items prior to making the disrespectful video.

This comment reads, “Don’t believe you. Where is the proof of the receipt?”

Luqman then posted a third video, this time apologizing for this behaviour.

“Assalamualaikum, I am the boy you saw in the viral video where I was pinching the breads and drinking from the unopened bottles. I’d like to ask for forgiveness from the netizens who had to watch that unpleasant video. I’m currently at FamilyMart, I want to apologize to those working here and I take responsibility to pay for the items (so he lied when he said he had bought the items prior?). Thank you and I will never do it again.”

However, netizens are still not convinced, claiming that he was still insincere and that Luqman should educate himself on how to speak to people.

This comment reads, “The way you apologize is playful. Ridiculing. I suggest that you go back to school to learn how to speak to people.”

GAGS Malaysia’s posting has since garnered over 6,400 shares and counting. 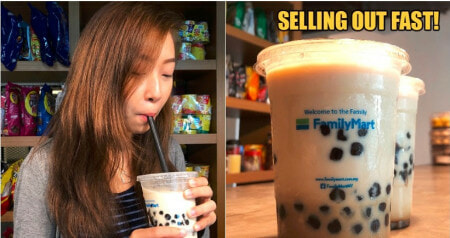