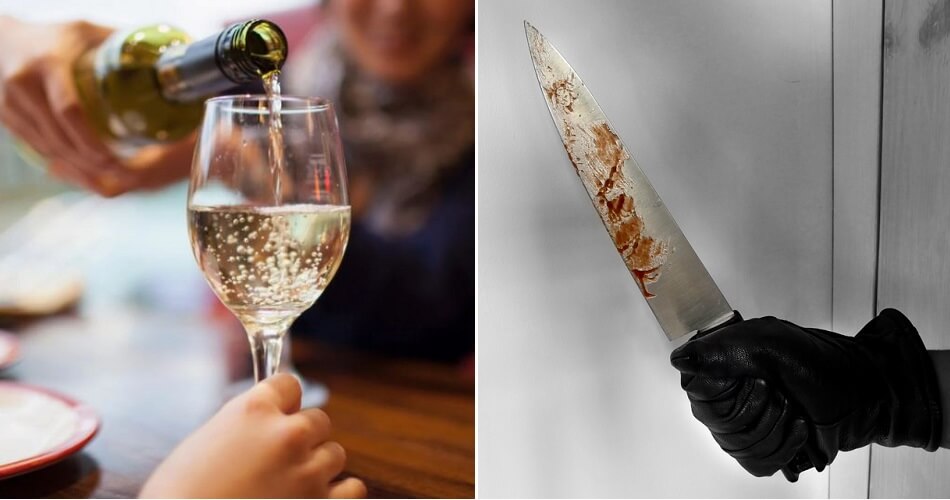 For illustration purposes only | Source: The Telegraph & lawenforcementtoday
ShareTweet

Have you ever been pressured by your friends to drink some more even though you know you’re way past your booze limit or maybe you have an early start the next day? This one guy was not very happy when his roommate refused to drink more with him that he went to the extent of slashing him! Cannot like this wei…

It all started when two housemates living in Singapore, Li Yubao, 31, and Zhao Dong, 41, got into an argument while they were having dinner together. Li, who worked as a machine operator, had reportedly tried to convince Zhao into drinking a bottle of white wine with him. However, Zhao thought that he had already drank enough alcohol for the night and hence, he declined Li’s generous offer.

That’s when things things got out of hand, NextShark reported. 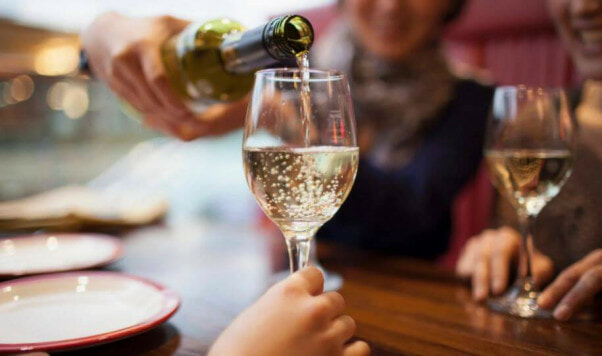 For illustration purposes only | Source: The Telegraph

Li was persistent and kept trying to get Zhao to drink some more with him. They then got into a scuffle and Li proceeded to the kitchen to grab a knife, which he pointed at his roommate’s face. Zhao tried to protect himself with his left arm but by doing so, he was slashed by Li.

Another housemate who was there quickly sent Zhao to the Ng Teng Fong General Hospital. Li did not follow and stayed back in the apartment.

After Zhao was checked in, a medical report produced by the hospital revealed that the cut on Zhao’s arm was so deep that not only were the tendons underneath exposed, but a portion of his muscles were also 50% torn! Sounds painful T_T

As a result, Zhao had to be hospitalised for 12 days after undergoing surgery. 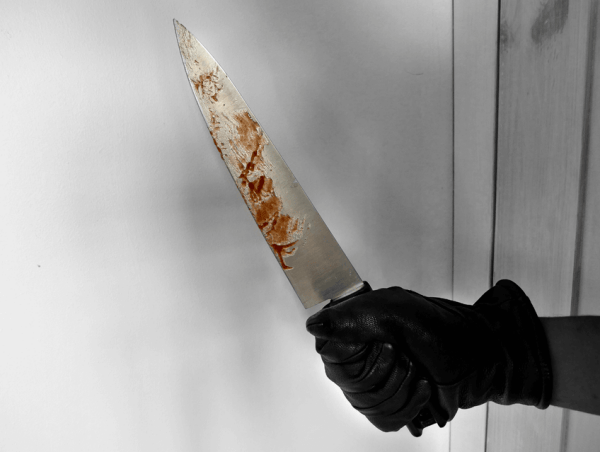 For illustration purposes only | Source: lawenforcementtoday

On 22 May, Li was sentenced to prison for 10 months due to his actions on the night of 29 January. According to court documents, Li and Zhao had been living together and sharing the apartment in western Singapore with few other housemates for about a month.

That said, Zhao initially didn’t immediately report the incident because he was afraid that doing so might jeopardize Li’s career in Singapore. Whoa, kena slash but still so thoughtful. However, he changed his mind and made a report when Li could not fund his medical bills the following day. Li was reportedly arrested one day after the slashing incident took place, but police failed to confiscate the knife he used to slash Zhao with.

FYI, those guilty of voluntarily causing hurt using a dangerous weapon in Singapore can face a jail sentence of up to seven years, get fined or caned, or be punished with a few of those combinations.

What do you think of this incident? What’s the most extreme thing you’ve seen someone do to try to convince their friends to drink?

Also read: Drunk Man Shockingly Vomits Tumour Out After Drinking, Swallows It Back Because He Was Scared 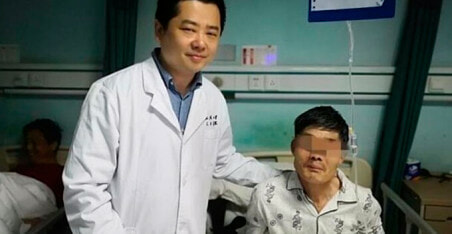