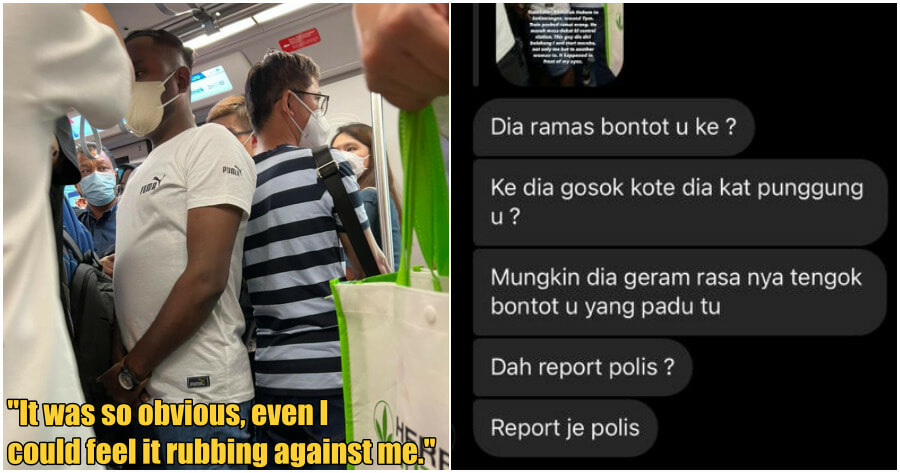 Being a woman in public is a scary thing. So many seemingly harmless tasks can be dangerous to women, such as walking home, taking public transportation and walking to one’s car in the parking lot.

Sadly, when something unfortunate happens, there is only so much a woman can do to defend themselves.

First, she experienced unwanted and inappropriate sexual touches from a man in a train coach.

Then, after sharing her experience on her Instagram account, she received a Direct Message from a man who made sexually inappropriate comments about her body.

Here’s what we found out from the victim.

The incident on the train

Alissa was getting off from work when she met with the unfortunate incident.

She got on the Kelana Jaya LRT line via the Abdullah Hukum station at around 6:35pm, and it was packed, as usual.

When the train arrived at the KL Sentral station, a man in a white T-shirt started moving closer to Alissa.

As he was doing this, he also held out a finger at hip level so that he would be able to rub it against the victim’s buttocks. 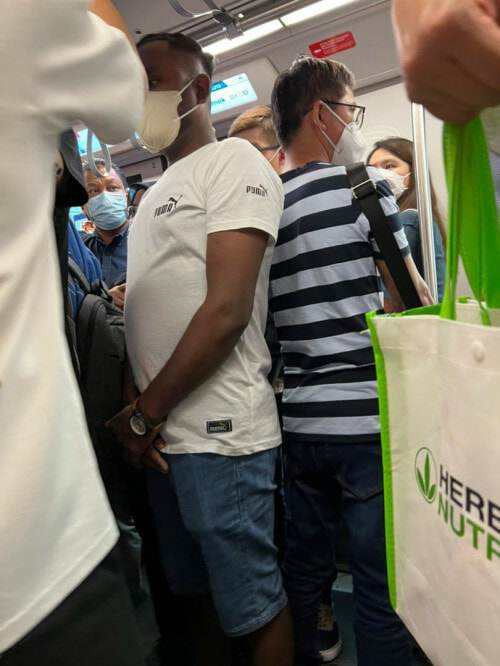 Shocked at what just happened, Alissa was speechless. When she turned around to look at the man, “he made a stupid face”, as if he did not do anything to her.

So, she tried to distance herself from the man, who then moved even closer.

She also highlighted that the man had his hands down, near his genital area at all times.

“Most people had their hands up as they were all holding onto something to keep their balance. But I noticed that the man always kept his hands down,” said Alissa.

It seems like the man was using his hands to hide his erection.

“It was so obvious, even I could feel it rubbing against me,” recalled Alissa.

She also said that the man did the same thing to another woman who looked extremely uncomfortable, scared and shocked.

When Alissa got off at the Setiawangsa station, the man got off too. There, he took a train going in the opposite direction, to Putra Heights.

However over on Instagram, she received a Direct Message from a man who used his ‘concern’ for her to disguise his sexual comments towards her.

The man said, “Did he squeeze your butt? Or did he rub his penis on your butt? Maybe he felt frustrated looking at your perky butt. Did you make a police report? Just report it to the police.”

As of the time of writing, Alissa has not made a police report about the incidents as she is more focused on dealing with her anxiety of having to take the same train to work.

The audacity of these men! We hope Alissa and the other victim find the courage to report these incidents to the police. 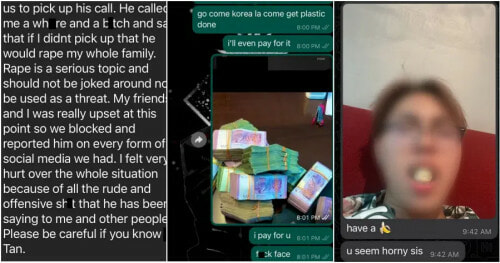