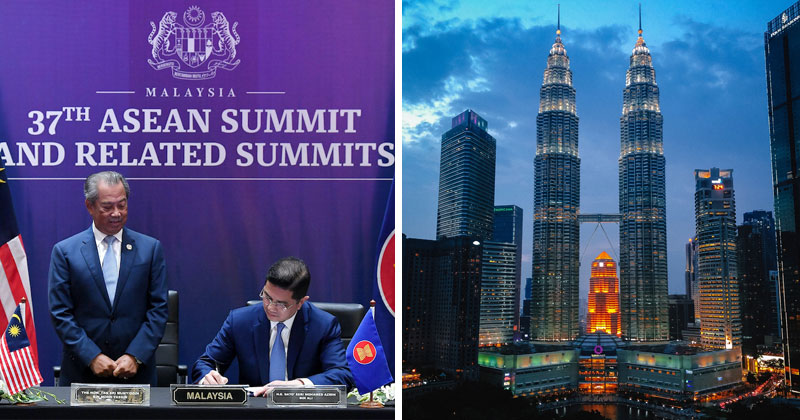 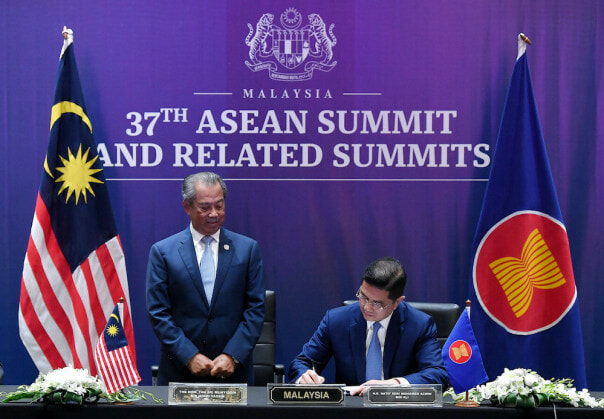 It currently involves 15 countries, 10 of which are from ASEAN while the other five are partners of ASEAN’s Free Trade Area (FTA): 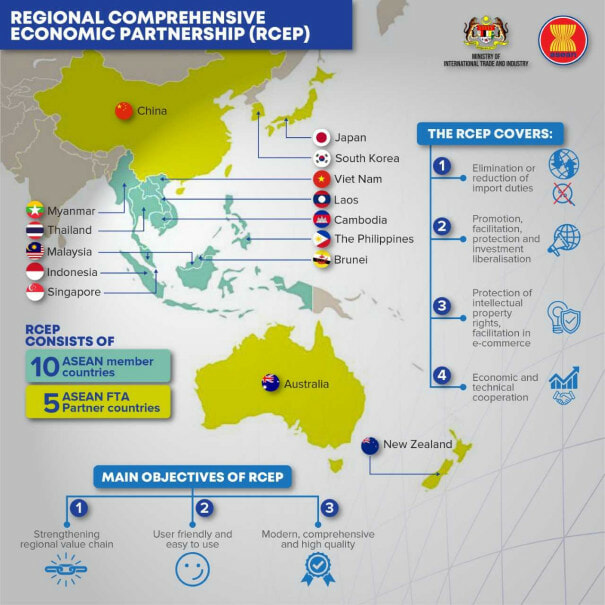 It’s basically a deal signed by 15 countries to reduce or eliminate tariffs.

This means that goods coming from any of the countries–that have signed the RCEP–to Malaysia will NOT be taxed when they’re imported. Wow!

The same goes for Malaysian goods going out to these countries.

It is reported that this will make it easier for local companies to find cheaper raw materials from other third-world countries which are in the trading bloc.

There’s also the liberalisation of service sectors such as these:

The catch, however, is that it is only limited to those who are engaged in the trade of goods, the supply of services, or the conduct of investment, unlike in the EU.

So what will Malaysians actually get out of this deal? 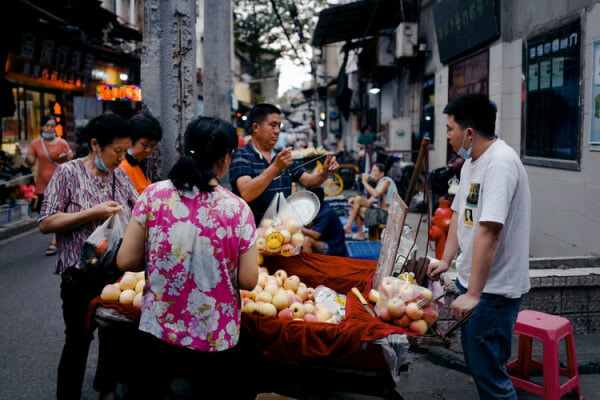 According to experts, one crucial outcome from this deal is that it will help kickstart our economy again after being battered by Covid-19.

A report by The Edge also states that the Malaysian Employers Federation (MEF) has found that the RCEP will provide Malaysia with access to a bigger market for businesses and also attract foreign investments.

Senior Minister (International Trade and Industry) Datuk Seri Mohamed Azmin Ali also stated that the deal will mean tariff eliminations and reduction for merchandise goods, including costs of export and import of goods among the RCEP countries. 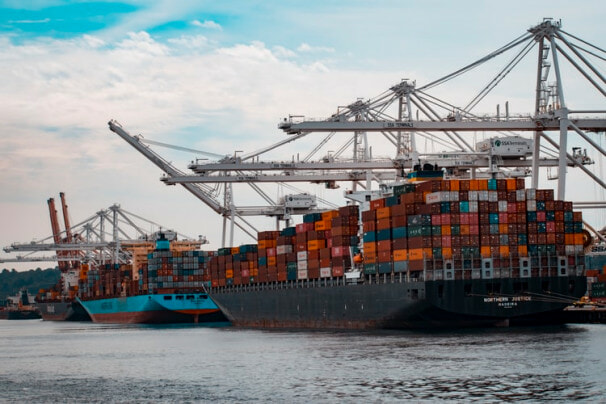 The Star also highlighted that with the RCEP, we will be able to see more Malaysian companies expanding their base to neighbouring countries.

In terms of the SMEs, MITI said that it could provide a level playing field between developed and less developed countries as well.

As for service providers, including those in e-commerce, they will also enjoy greater market access which means they can now sell their products at other online stores within the RCEP market or buy materials at cheaper prices from member countries.

Basically, at the end of the day, with the RCEP, tariff eliminations and reduction of merchandise goods between these 15 countries including Malaysia will allow Malaysians everywhere to enjoy lower prices on certain goods and services in the market. Hopefully, this will also help give our economy the boost it needs!

What do you think about this RCEP deal? Let us know in the comments below! 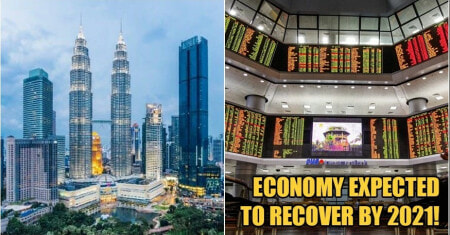