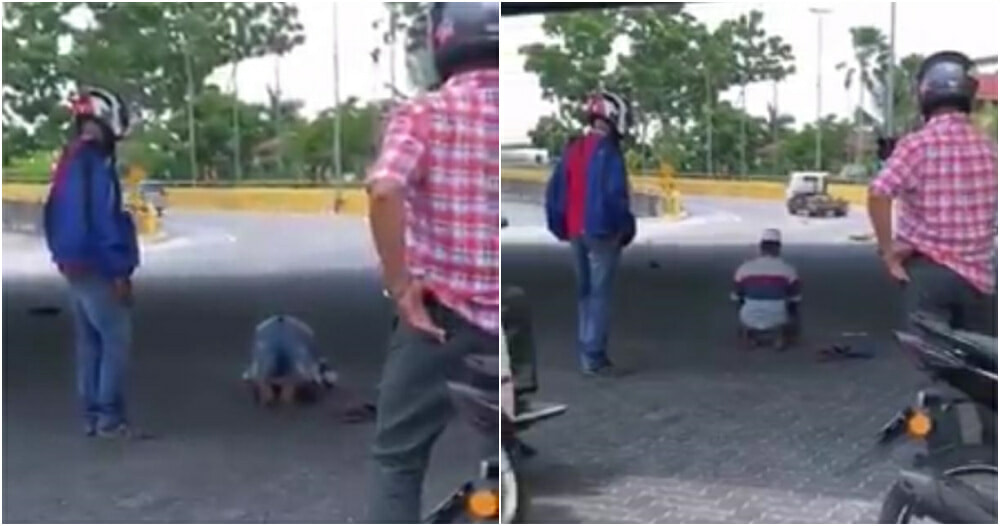 The action of a man praying in the middle of the road has become the talk of the town after a netizen filmed the incident and uploaded in on social media.

The 32-second video clip was uploaded on a Facebook page, Info Roadblock JPJ / POLIS and has been viewed more than 18,000 times.

According to the post, it is believed that the incident occurred under a flyover bridge near the Batu Caves temple heading towards Ulu Yam.

Based on the video, a man was seen performing prayers right underneath the flyover while other road users controlled the traffic flow.

“The incident was recorded yesterday, the initial information received by an insane man praying under a ‘flyover’ near the Batu Caves Temple towards Ulu Yam. The action is life-threatening, luckily the public managed the traffic until he was done,” the post read.

The man’s action not only attracted the attention of many road users but also netizens online by leaving comments on the post on the Facebook page.

On average, netizens commented that they pray for the safety of the man involved and praised the attitude of the other road users who were willing to risk their lives to take care of traffic while the man prays.

Also Read: Kind Police Officer Drives M’sian Student To The Airport After Her Car Broke Down 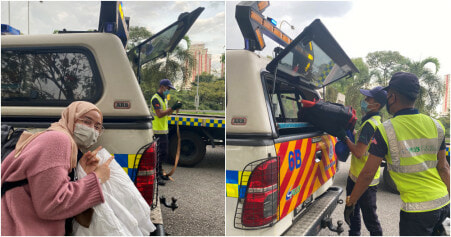