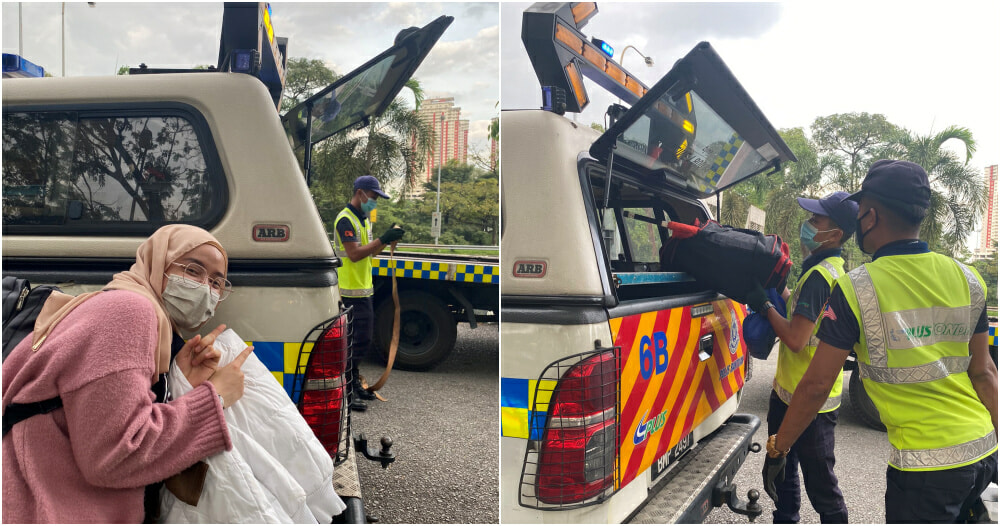 We all know how hectic it can get when you have to get yourself to the airport on time. There is no way that they will hold a flight for you even if you’re only a few minutes late. This is why many of us tend to arrive at the airport a few hours early to avoid any potential delays or chaos.

However, this Malaysian student, Irdina (@irdinajaswan), took to her Twitter account to share her experience after her car had broken down by the roadside while she was on the way to the airport.

Speaking to World of Buzz, Irdina shares the chaotic experience which then, surprisingly, turned into a heartwarming one.

Irdina explained that she was supposed to catch a flight back to Korea with her university mates as she has been studying in Korea for over 4 years, completing her degree in computer science and engineering at Korea University.

Initially, she was supposed to catch a bus to the airport. But, on the day of her departure, the bus was delayed. Hence, she got her grandfather to drive her there.

“I had no other choice but to drive all the way from Kedah to KLIA. My grandfather didn’t want to slow down cause he knew I was so late. He drove as fast as he could but when we were reaching Damansara, the car overheated,” Irdina explained to World of Buzz.

Irdina and her grandfather had no choice but to stop their car at the side of the road. She said, “I panicked and got so nervous as my lecturers and friends were constantly asking where I was.” 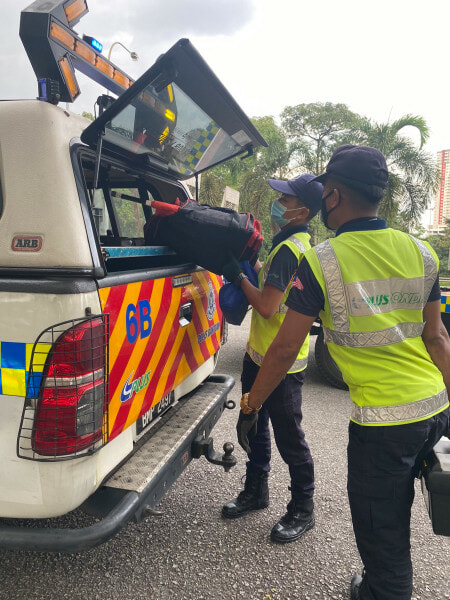 Moments later, PLUSRonda and the auxiliary police officers came by and told them that they had to tow the car.

“God knows how frustrated  I was. But then this one police officer, Pak Cik Dahalan, offered to drive me straight to KLIA,” Irdina explained.

Thanks to Pak Cik Dahalan, Irdina got to the airport just in time for check-in. 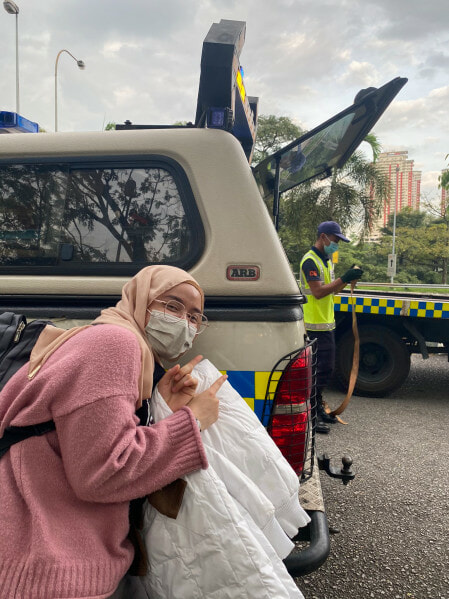 Netizens applaud Pak Cik Dahalan for being so kind. Irdina’s tweet garnered over 25,100 likes and 10,800 retweets.

Kudos to Pak Cik Dahalan and to the Abang PLUSRonda for getting everything sorted for Irdina and her grandfather!

Also Read: PDRM Officers Donate To Little Boy Selling Keropok On The Street Before Advising Him To Go Home 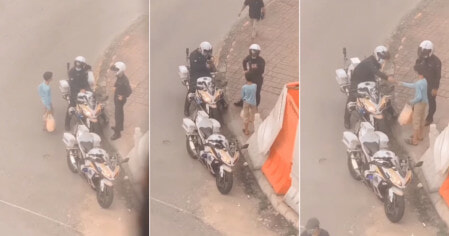