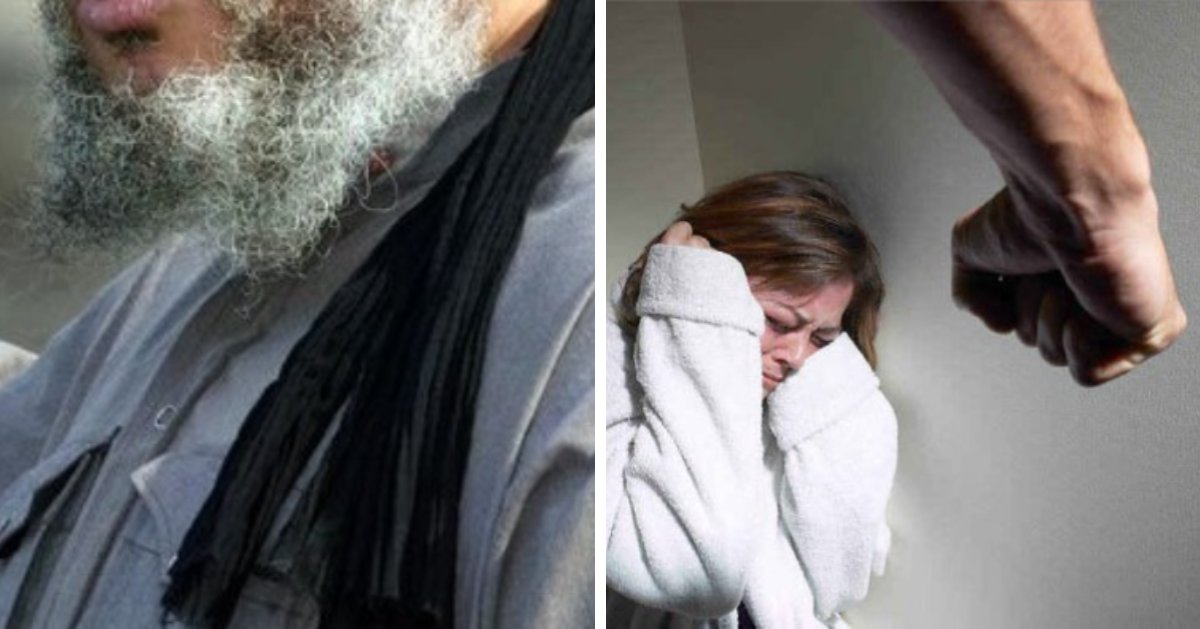 He even said that if husbands want 12 kids, wives must comply: “Kena work hard sikit.”

A Twitter user shared with WORLD OF BUZZ her shocking experience of attending a compulsory religious pre-marital course meant to educate future husbands and wives about their responsibilities as partners to each other in marriage. 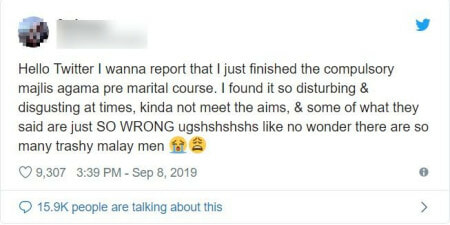 However, this particular ustaz was completely inappropriate and way out of line. When the religious teacher first introduced himself, he said he held a Masters and Ph.D. in religious studies. Hence, the netizen assumed that it would be an informative session.

Unfortunately, she was about to be proven quite wrong. He started off the session by saying that “husbands abusing their wives is normal, but wives that abuse their husbands? That’s weird.”

Hold up. Did this guy really just say abusing your wife is normal?!

That wasn’t even the worst of it. The ustaz went on to emphasise the responsibility husbands have towards their wives was to give them sex, and only briefly mentioned the other responsibilities. But a wife’s responsibility towards their husband was to always stay loyal, with emphasis placed on fulfilling their sexual pleasures.

In fact, the ustaz actually said women had to fulfill their husband’s sexual desires “ANYTIME, ANYWHERE.” As if that wasn’t enough, he even used the opportunity to talk about other couples’ sex problems and shared dirty jokes with the men in the room!

So inappropriate. When he did address the future wives present, he asked, “Wives, if your mother is dying but your husband isn’t back yet, who must you stay loyal to? Your husband of course.” 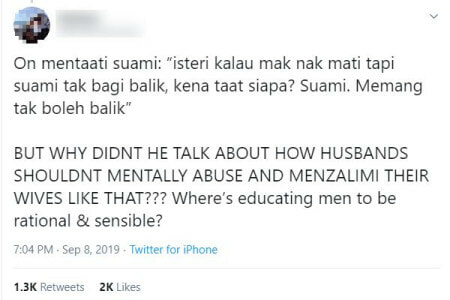 Sadly, it doesn’t end there. The religious teacher then proceeded to ask the men how many children they want. One of them responded with “12.” The ustaz then said, “if your husband wants 12, you HAVE to give it to him. Work hard a bit.”

Clearly this man has no sense of knowledge about a woman’s rights to her own body! Netizens were infuriated with the way this particular ustaz conducted the session. Many Twitter users responded with their own horror stories. 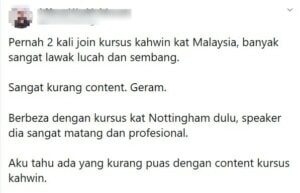 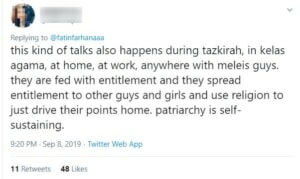 Other netizens shared that they had good experiences with their pre-marital courses elsewhere. Therefore, it’s important for those getting married in the future to choose a place wisely.

When WORLD OF BUZZ  reached out to the netizen to get a personal statement on her experience, she clarified that the opinion of this ustaz doesn’t reflect all ustaz/ustazah as a whole. While this religious teacher didn’t go into the session with the right mentality, what’s important is recognising the signficance of respecting both parties that commit to a marriage.

According to her, “Our religion teaches us to really honour women in marriages but this kind of people who may not actually practice it themselves wrongly portray husbands and wives’ positions in marriages.”

It’s important for husbands and wives to be fully educated about their duties towards each other in coming together by marriage. Respect and honour each other in unity.

Read more: Girl Elopes to Escape Arranged Marriage but Her Father Hired an Assassin to Kill Her New Husband