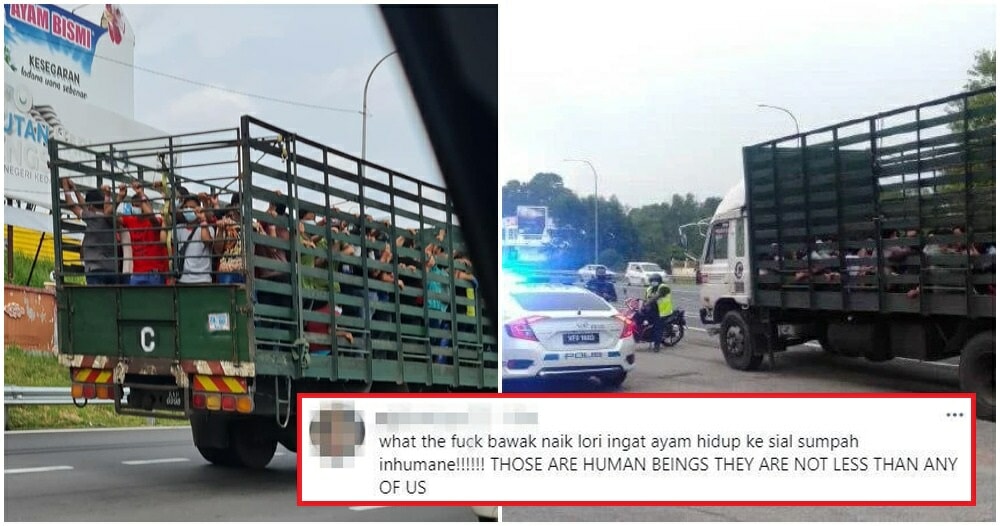 On 13 June, Sungai Petani UMNO division chief, Dato’ Shahanim Mohammad Yusoff posted a picture on her Facebook to show how foreign workers were being transported after testing positive for Covid-19. In her posting, she mentioned how many factories are still open in the area despite the full Movement Control Order (FMCO) and how the government only cares about profits, not the rakyat. 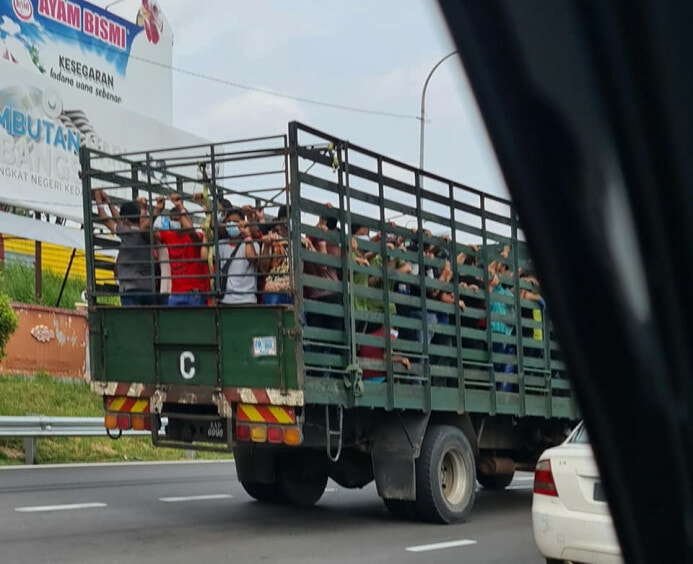 “Look at how their boss brings them. It’s like a lorry bringing cows or chickens.”

Over on Twitter, Malaysians called out the boss and demanded the Malaysian Immigration Department to take action towards them for treating the workers in such a manner.

“Bringing them in lorries is so inhumane! They are human beings and in NO WAY lesser than any of us.”

“This angers me to the bone. They may be immigrants but they’re human beings looking to survive. They contribute so much to our country and deserve at least an ounce of respect.”

“This is going viral on Facebook but are they seriously treating the workers like this? They’re not cows or chickens. Is their blood and our blood different in any way?”

Berita Harian reported that a chicken processing factory in Sungai Lalang, Bedong, Kedah was detained after allowing its employees who tested positive for Covid-19 to board a lorry in large numbers.  A total of 48 workers who had just worn pink bracelets were found boarding a truck to return to their hostel.

“It is believed that the factory’s employer arranged three trips for the lorry to bring all 135 Covid-19 positive employees,” he said.

The lorry driver was given a summon for an offence under Section 23 (2) of the Road Transport Act 1987 for using a driving vehicle license (LKM) for other purposes. The factory management is also being investigated under Section 22 (b) of Act 342 for failing to comply with an order issued by an authorised officer and Section 270 of the Penal Code for negligent acts that may spread life-threatening diseases.

Also read: Malaysia Cracks Down On Undocumented Workers, To Deport 7,200 Back To Indonesia 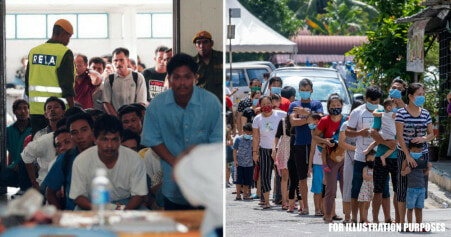