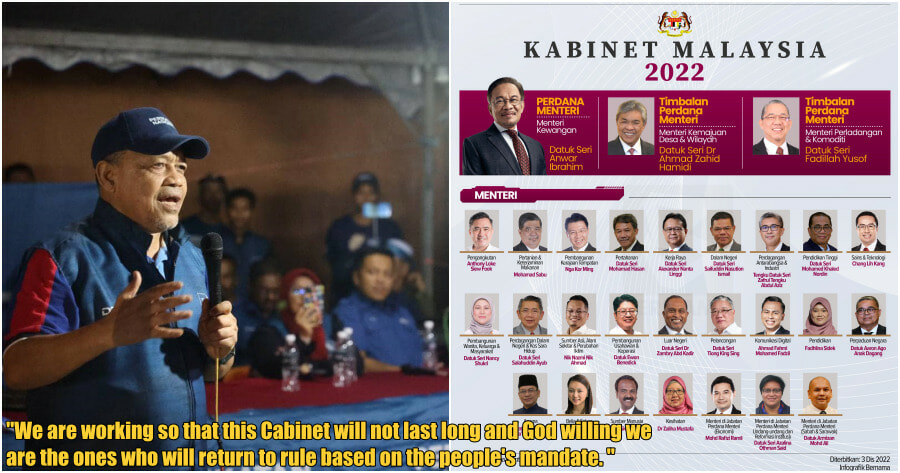 Despite it being merely days since the formation of Prime Minister Datuk Seri Anwar Ibrahim’s Cabinet, there are already claims that plans are currently being made to topple the unity government and that the Cabinet won’t last.

According to reports, in a press conference after a PN campaign in Padang Serai yesterday (December 4) Arau MP Datuk Seri Shahidan Kassim said that Anwar’s Cabinet will not last long.

“We are grateful, a good sign now is the extraordinary support for the PN. I congratulate Anwar Ibrahim’s cabinet. We are working so that this cabinet will not last long and God willing we are the ones who will return to rule based on the people’s mandate. ” 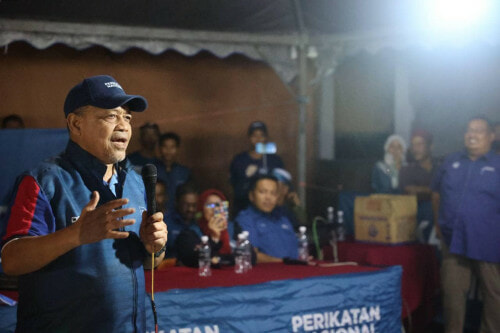 Meanwhile, he also said that the Cabinet line-up announced recently saw “losers” being appointed as ministers because Pakatan Harapan (PH) had no industry experts.

“There are many powerful parliamentarians from UMNO and DAP, but they were not appointed to helm important ministries. Maybe because he (Anwar) thinks that they are not bright enough, or have no expertise,” he said.

He claimed that the selection for federal government cabinet was influenced by political pressure, instead of any interest to serve the people. 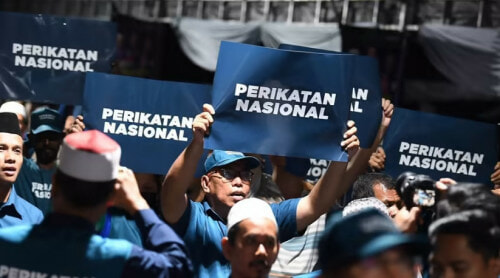 “It seems that political pressure has led to the formation of this cabinet, instead of one to look after the people. It shows that there are lack of talent and trust among the leaders in the process of cabinet formation,” he explained.

Following the disappointment felt by voters in certain states, Shahidan also said that PAS-led state governments should call state elections soon to capitalise on the strong support for the coalition

“The people are unhappy with the cabinet lineup, as well as UMNO. The Indians are also unhappy because MIC is not in the cabinet. So I believe it is a good time to call state elections in Kedah, Kelantan and Terengganu.”

What do you think of his statements? Do you agree? 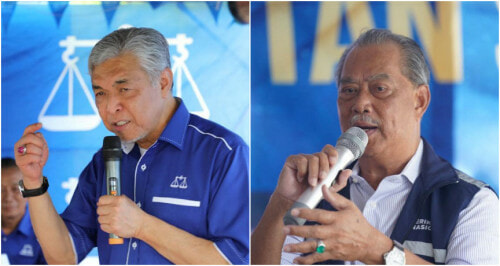