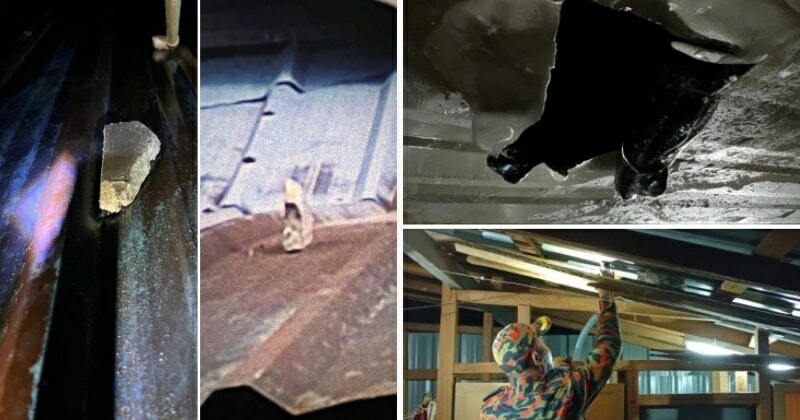 Remember the suspected Chinese rocket debris that was caught lighting up the Sarawak night sky last month? Well, one of the pieces of the debris may have just landed on Earth nearby, specifically in Sungai Asan Bayu in Sibu, Sarawak. According to the residents of the a longhouse in the area, they were shocked when they found out that an object found on their roof could possibly be debris from a Chinese Long March 5B rocket.

As reported by Bernama, Bintangor Fire and Rescue Station (BBP) chief, Nicholas Belulin commented on the discovery of the object which measures at 5.8 centimetres (cm) wide and 7.62 cm long. A report on the matter was made by the owner and family of the unit in Rumah Renyam, Sungai Asan Bayu when they returned home on the evening of 13 August 2022. 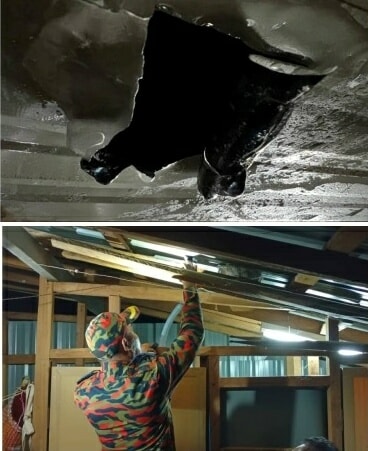 The call of the discovery was received from officers at Sibu BBP at about 8.50pm following a call from the Lanang Police Station earlier. A team from Bintangor BBP was deployed to the location and arrived there at 10.38pm, involving a distance of 37 kilometres.

The object was then taken by police teams from the Sibu police headquarters and Lanang Police Station for further investigation. According to the owner, the object may have been there a few weeks because he and his family rarely returned to the longhouse due to work and only noticed it when they saw a hole in the roof. 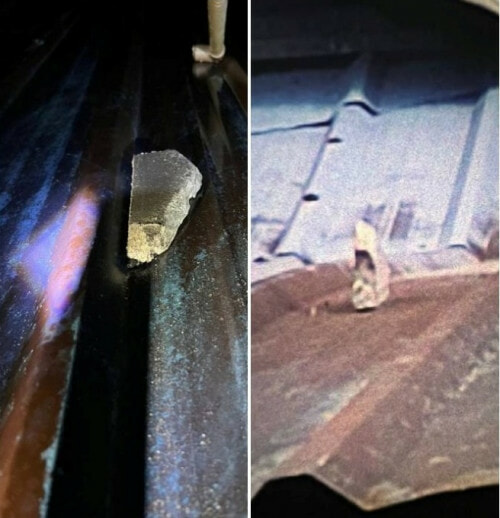 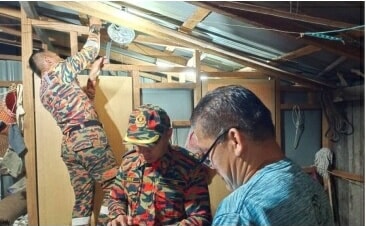 Meanwhile, the owner in a police report at the Sungai Merah Police Station on Saturday evening stated that his neighbour had said that he heard a loud bang from the roof of his room on the night of 30 July 2022. The next day on 31 July 2022, the Malaysian Space Agency (MYSA) had confirmed that the sighting of bright objects seen streaking across the night sky around Sarawak  on 30 July were those from the Chinese Long March 5B rocket debris. Most of the debris were reported to have fallen in the Sulu Sea.

So, what do you guys think of the whole incident? Share your thoughts with us in the comments. 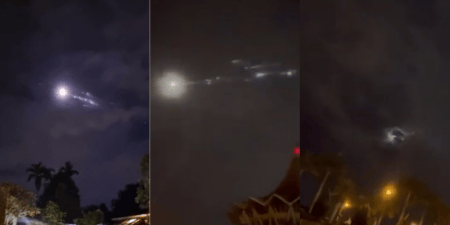