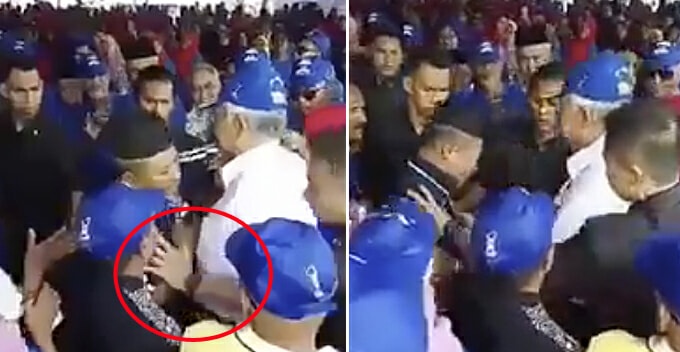 Giving hugs and reciprocating one are something we do on a regular basis especially at social events, but when you’re the prime minister of a country, things aren’t that simple anymore, even though it’s just a hug. 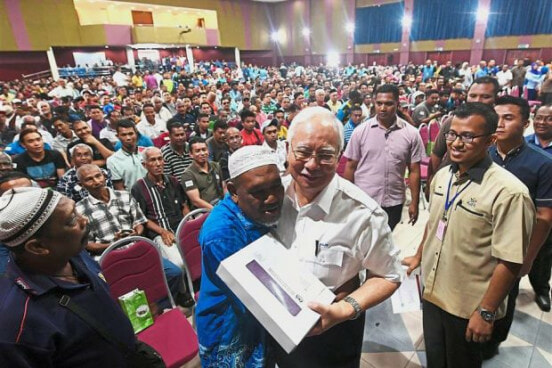 Two days ago (18 April), a netizen named Muhd Rafizi uploaded a short video in a Facebook group named ‘Penduduk Sungai Petani’. The 40-second video showed our Prime Minister Dato’ Seri Najib Razak wading through a crowd at one of the BN events.

He was shaking hands with the rakyat while his bodyguards were clearing the way. Suddenly, a super friendly pakcik came up to our beloved PM from the crowd and initiated a warm hug. However, the man’s friendly gesture was brushed off, as Najib seemingly held the elderly man back.

The bodyguards immediately pushed the pakcik back into the line and Najib went on shaking the hands of others. Here’s the video.

Understandably, this video went viral with over 11,000 shares and netizens were debating whether our beloved PM should’ve reciprocated the hug. Some pitied the pakcik for getting embarrassed in public while others thought the bodyguards were just doing their job.

“He hugged (Najib) because he wanted to show his gratitude to our prime minister. That’s because the government has given all sorts of assistance to him. He didn’t expect Najib to push him back,” a netizen said.

“For those who don’t know, that is the Standard Operating Procedure of protecting a VVIP. The bodyguards are just following protocol. If everyone starts hugging the VVIP, that could put the VVIP in a very dangerous spot,” another Facebook user said.

What do you guys think of this video? Do you think Najib should’ve hugged the old man back? Tell us what you think in the comment section!

Also read: M’sian Gets Arrested and Twitter Confiscated by MCMC for Criticising Najib and Umno 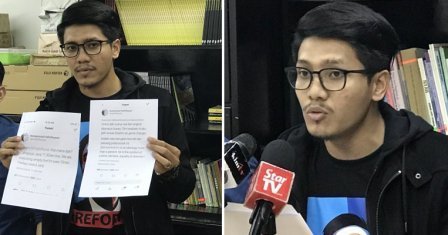