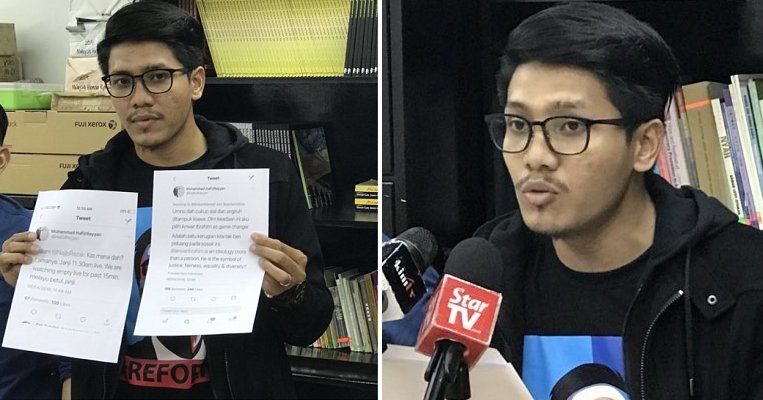 Better be extra careful with what you write online or you may get into serious trouble! Recently, a young Malaysian guy was allegedly arrested after he voiced out his displeasure against the caretaker Prime Minister, Datuk Seri Najib Razak. 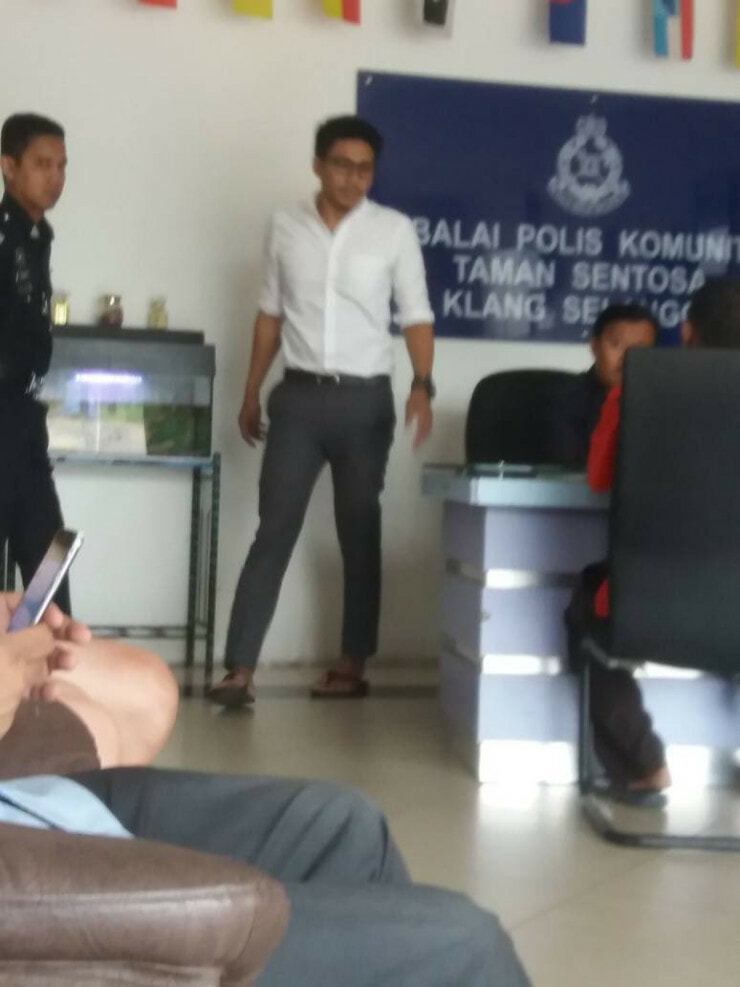 The guy, Muhammad Hafiz Rayyan, is a 24-year-old who has been vocal about his criticism against PM Najib and the current government on his Twitter account. He has more than 40,000 followers and would periodically tweet his criticisms and opinions.

In a recently released statement on his Twitter, he said that on April 8, about nine police officers and people from the Malaysian Communications and Multimedia Commission (MCMC) went to his father’s house without informing him. They arrested him without a warrant and confiscated his iPhone 5S from him. 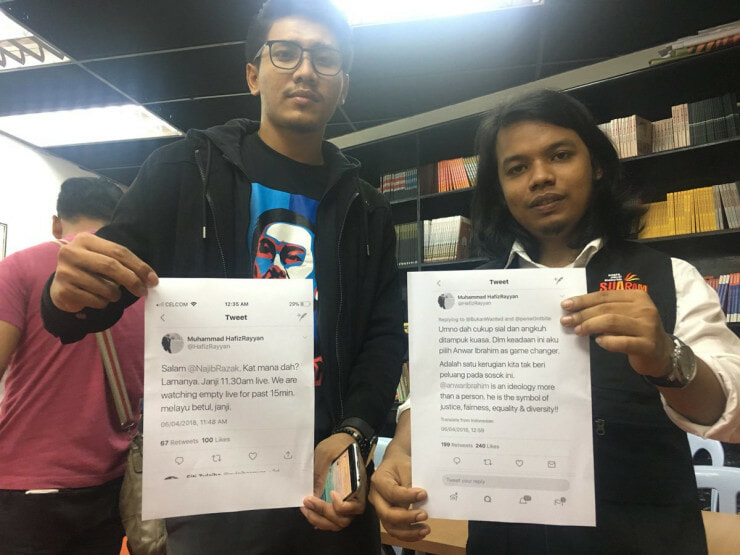 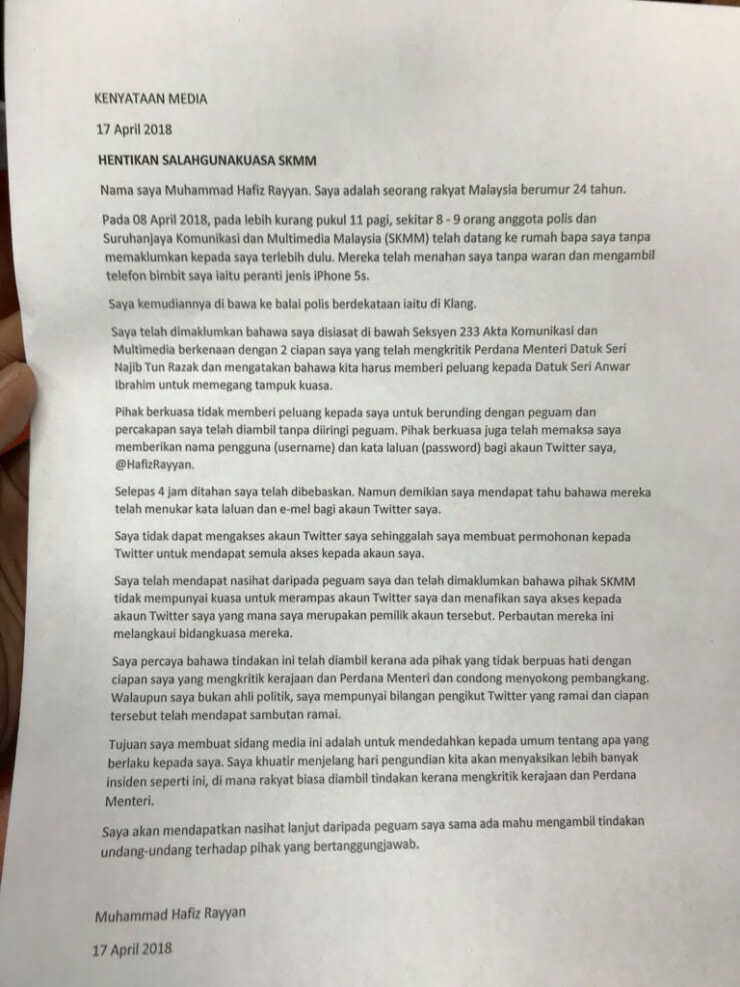 Hafiz gave his statement in a press conference with Suara Rakyat Malaysia (SUARAM) on April 17 and related his terrible experience when he was brought to a police station in Klang.

He said, “I was informed by them that I would be investigated under Section 233 of the Communications and Multimedia Act 1998 regarding two of my tweets which had criticised Prime Minister Datuk Serii Najib Tun Razak and Umno. In one of my tweets, I also said that we should give Datuk Seri Anwar Ibrahim a chance to govern.”

These are the alleged condemning tweets: 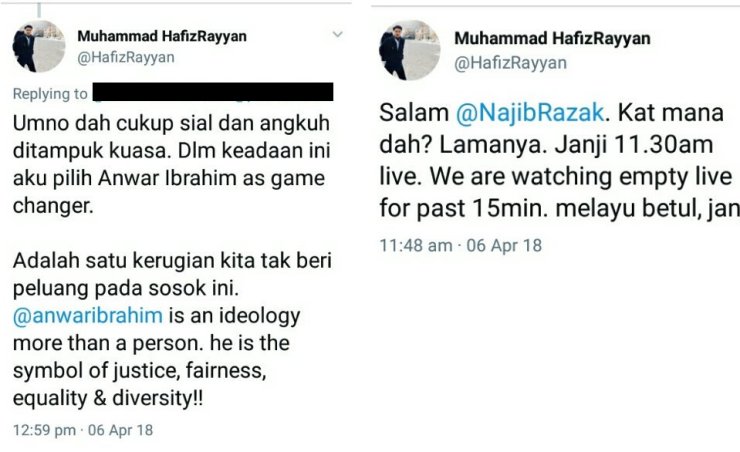 In case you’re not aware, Section 233 criminalises the use of network facilities or network services by a person to transmit any communication that is deemed to be offensive and could cause annoyance to another person. Very subjective, of course!

Hafiz added that he was not given a chance to contact any lawyer and was forced to give a statement without the presence of his lawyer. He also said that the authorities forced him to give them access to his Twitter account, @HafizRayyan along with his password. 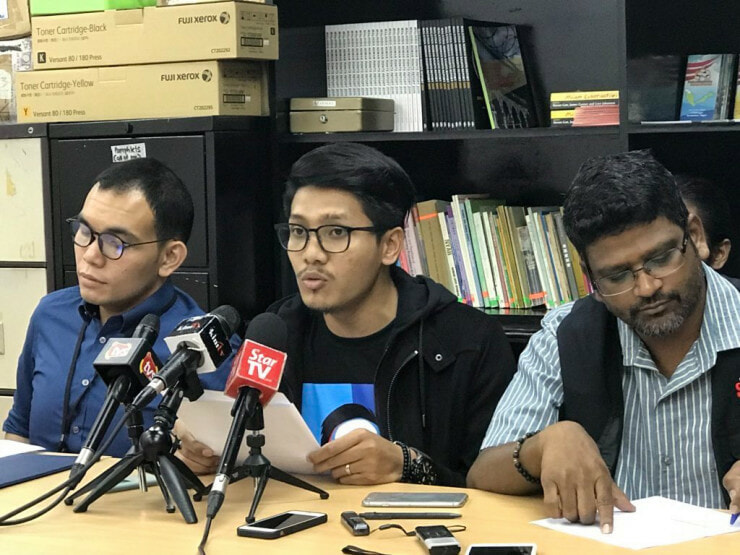 His lawyer told him that MCMC did not have the authority to deny him access to his Twitter account and said that what they did had crossed the boundaries. He believes that he was targeted as he had voiced out his dissatisfaction with PM Najib and was pro-opposition. 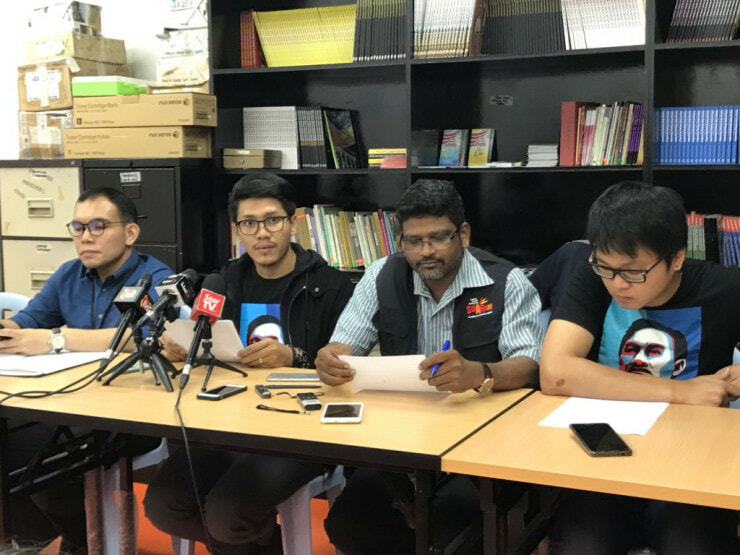 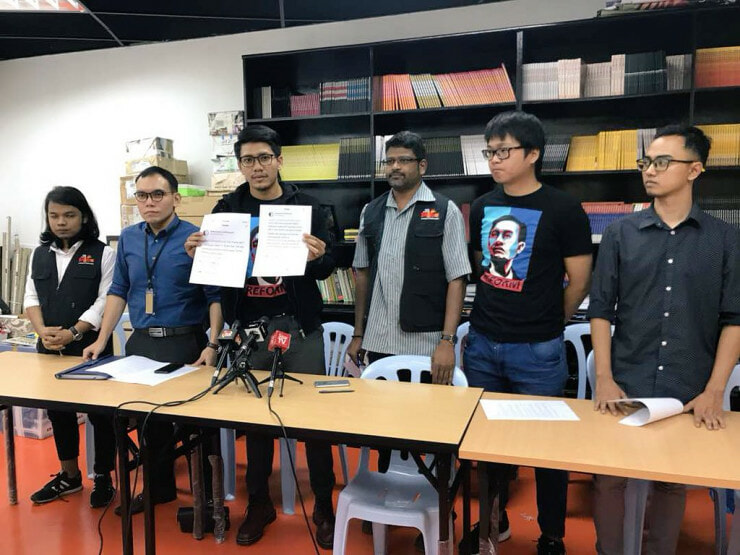 Hafiz ends his press conference by saying that he just wanted to share what had happened to him. He said, “I am afraid that as the election date draws near, these kind of arrests will get more common, where ordinary people like you and I will be prosecuted just because we dare to criticise the government and Prime Minister.”

He says that MCMC did not do any follow up action with him but SUARAM is also looking into this case as they feel that it is similar to political intimidation seeing as GE14 is drawing near. Hafiz concluded that he would check with his lawyers whether he could take any legal action for his ordeal.

Looks like GE14 is just beginning but things are already heating up! 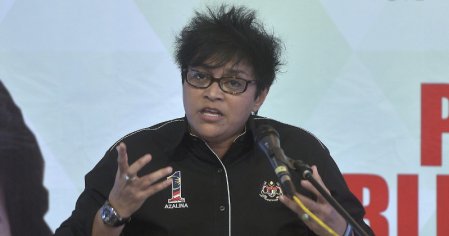