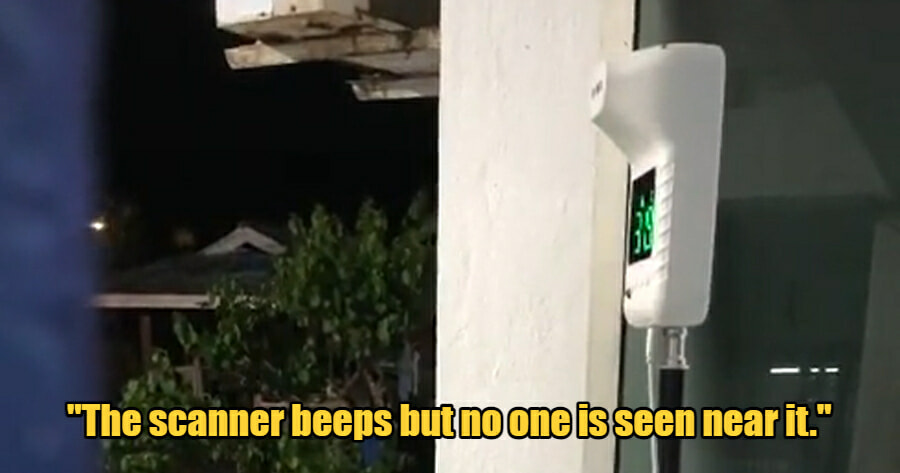 After more than a year into the pandemic, we’re all aware of the SOPs that we are expected to adhere to under all circumstances, such as checking in via the MySejahtera apps and having our temperatures scanned.

But what if the temperature scanner beeps without a single person present?

Recently, a TikTok video that was originally posted on 14 July resurfaced on social media and gained popularity as netizens flipped out over how eerie the scene was. The 11-second video shows the temperature scanner beeping not once, not twice, but three times. What sends shivers up our spines is that not a single soul could be seen standing near it! 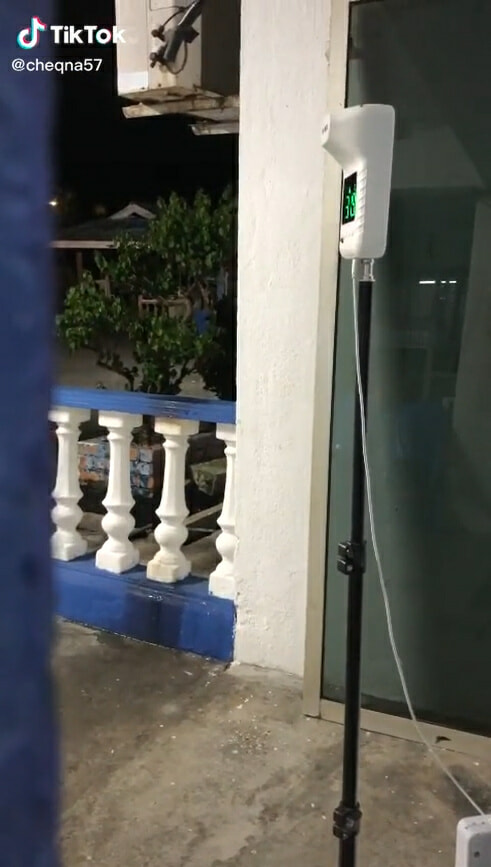 The caption of the video says,

“3 unwelcomed guests during the night.”

Although no one is seen scanning their temperatures, we can only wonder if there was indeed more than one unseen “guest” announcing their presence at the premises.

WORLD OF BUZZ  reached out to the woman who originally uploaded the video about two months back. According to @Cikna90, the incident took place where she was working, which is a police station in Kelantan. However, due to privacy concerns, she is unable to disclose the exact location of the police station.

She revealed that this wasn’t the first and last time that the scanner detected a mysterious presence. The same thing happened a couple of times after the first incident, where the beeps were heard a few times but no one could be seen outside the door. She would just ignore the sounds when no actual visitors were present and fortunately, the unwelcomed “guests” had never physically shown themselves.

However, at the time of writing, she mentioned that the disturbance has completely stopped and the unseen “guests” no longer fool around with the temperature scanner.

As seen in the comment sections, most of the netizens do not take this post seriously and some of them even joked about the incident. 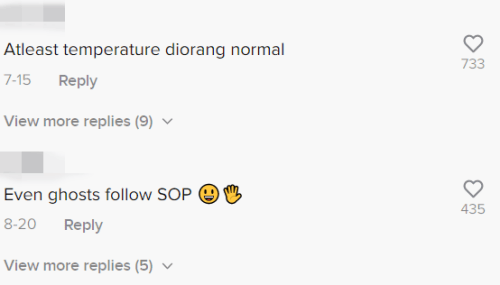 Some netizens even praised the “guests” for having normal temperature readings and following the SOPs.

“At least he/she follows the SOPs and updates their MySejahtera.”

“Lucifer be like: Let’s play with this thing, it looks fun!”

“Even the ghosts follow SOPs, unlike some of us who use [our] hands instead of the forehead (to scan the temperature).

What do you think of this? Let us know your thoughts in the comments below!

Also read: Viral Video Of “Driverless” Lorry Sparks Rumors That It Was Allegedly Used By The Japanese Army 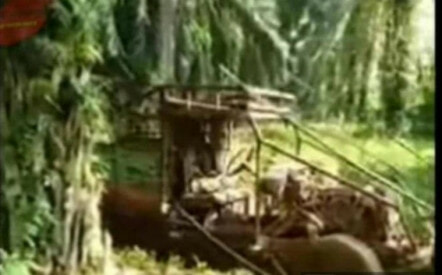