We Malaysians love our durians! After all, it is the king of fruits. And we’re proud of it!

However, many foreigners and non-Southeast Asians have a love-hate relationship with durians as many are not a big fan of its taste, texture and of course its glorious smell.

And what upsets us the most is when many don’t know the right way of cutting the magnificent fruit open. Some would simply cut the fruit in half or even cut portions of it to dig out the flesh with a spoon. Yikes!

This Malaysian trader, however, made us Malaysians proud when he appeared on a variety show in China to teach the locals there the correct way to open a durian without much effort at all. And, he even used a Swiss Army Knife! 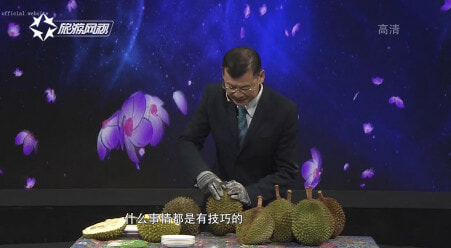 Durian exporter Loh Wee Keng demonstrated a step-by-step guide on how to cut open a durian the Malaysian way in an episode of Connections (梅卿看世界) aired on Hainan TV.

The host of the show, Mei Qing asked Loh “Durians are quite delicious, but they are rather difficult to ope. Do you have any tricks?”

To which Loh replied, “Of course, there are tricks to it. But first, we need basic tools, such as a pair of hand gloves and a small knife.”

He then said then they needed to cut off the stem first at is obstructive. He then proceeded to carefully slice the durian following the visible lines as a guide on the very bottom of the fruit. 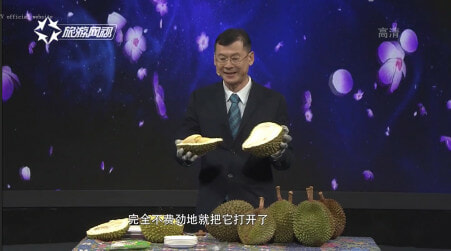 When he was done forming a couple of openings, he used the same knife to spread open the fruit’s husk. With additional force, he carefully divided the fruit with his hands. And voila! In less than 30 seconds, the golden flesh of the fruit was revealed!

No doubt, the audience was amazed! We Malaysians are too!

After sharing some additional tips and tricks on how to pick the best fruit, Loh then invites the host and Malaysian Ambassador to China, Datuk Raja Nushirwan Zainal Abidin to taste the fruit. 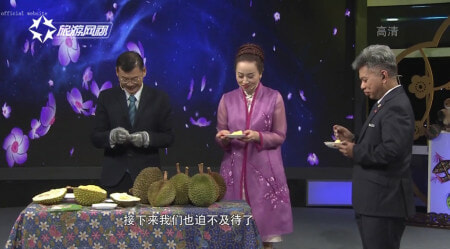 Mei Qing was in awe as she said: “This is the first time in my life that I have encountered durian up close.”

We’re glad to see that Chinese nationals got to learn a thing or two from Loh. Durian is definitely a fruit that should be raved about and of course, shared with many. 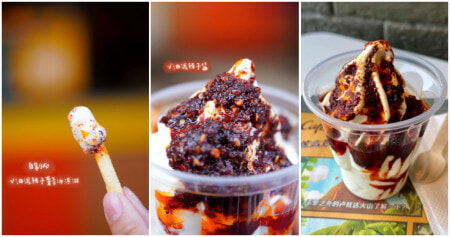