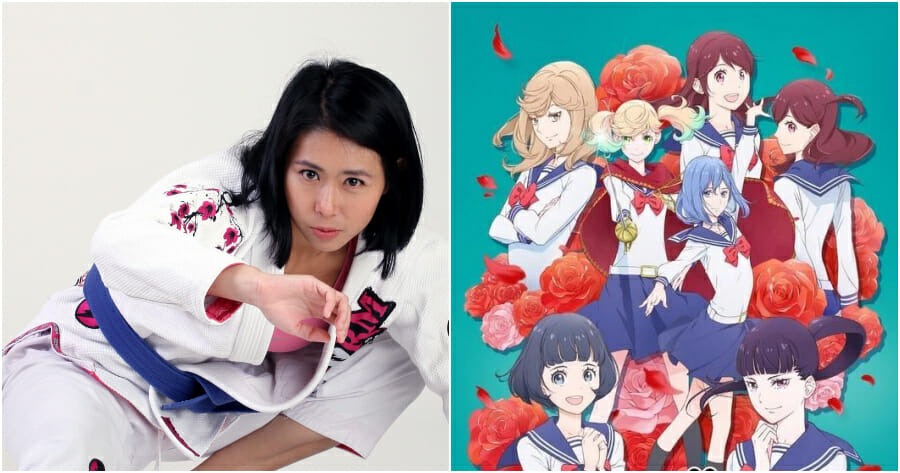 Our nation has its fair share of local talents being recognized internationally and this year alone, we’ve had quite a few remarkable achievements that have gone international.

Just recently, another Malaysian had proven that nothing is impossible when it comes to achieving your dreams. Voice actress Chan Su Ling will soon provide her voice for an English dubbed version of Japanese anime Kageki Shojo!!. 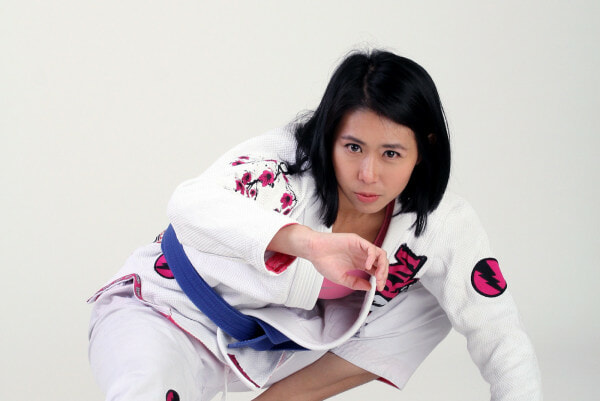 She will collaborate with Funimation, an American based entertainment company that specializes in the dubbing and distribution of East Asian media, especially Japanese anime. 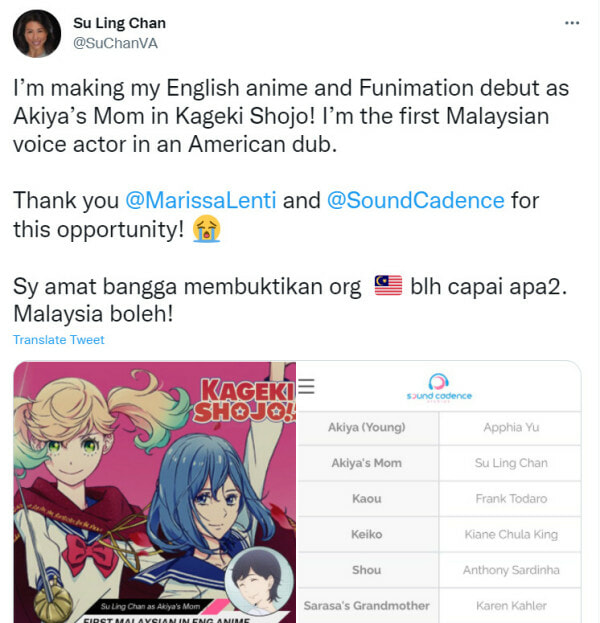 In the post, she revealed that she is the first Malaysian actress to join an American dub, while also expressing her pride for being able to prove that Malaysians can achieve anything they want.

It is also revealed that this achievement of hers is dedicated to her deceased aunt who was cremated an hour after the recording was done.

Su Ling, who grew up in both Malaysia and the United States of America, had also previously worked in local productions, most notably as the main heroine in the Malaysian-Indian game, No Straight Roads. Apart from that, she is also known for her work in one of the most well-known local animations, Boboiboy as the character Ying in the English dubbed version. 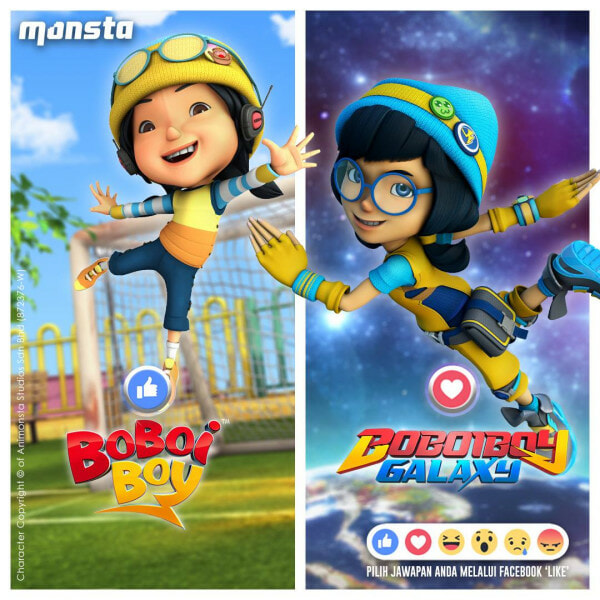 According to IGN Southeast Asia, Su Ling is fluent in Bahasa Melayu and English, as well as Cantonese and Japanese on a conversational level. Additionally, she has worked on over 500 commercials, 100 corporate videos, several US video games as well as audiobooks. You can view her work credits on the Internet Movie Database (IMDb).

You can also read more about Su Ling herself on her very own official website.

In brief, her upcoming work, Kageki Shojo!! is a critically acclaimed shoujo anime that centres around Watanabe Sarasa, who dreams of being an otokoyaku, an actress who plays male roles in an all-female theatre troupe. 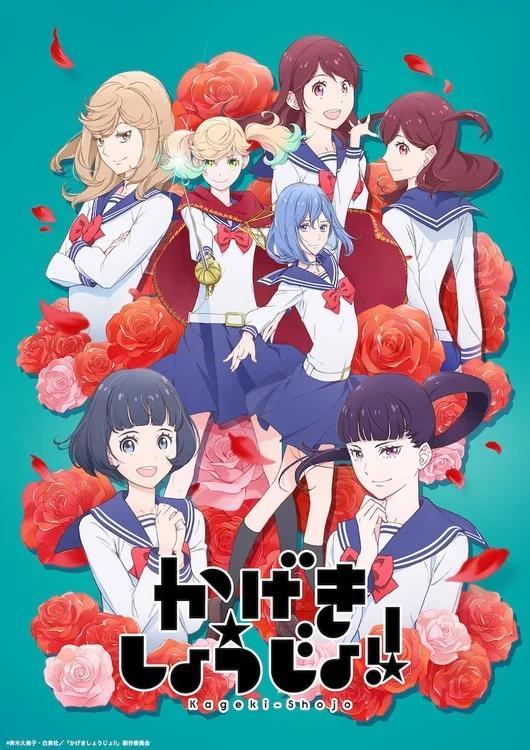 We are certainly proud and happy to once again witness another local talent being recognized globally. 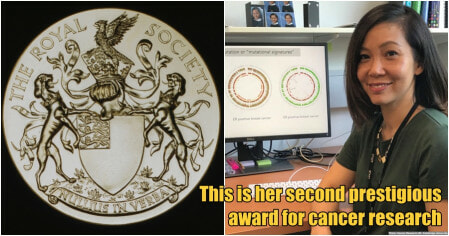