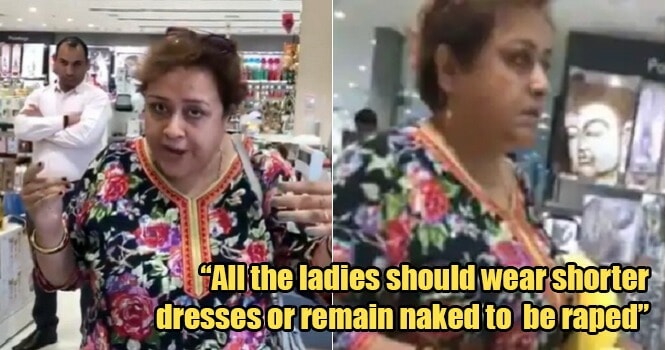 National Herald India reported that a middle-aged lady asked several men in a restaurant in Haryana, India to rape a group of young women because they were wearing short clothes. For the record, a woman’s clothing is not an invitation to be raped.

The video was originally uploaded by Shivani Gupta on Facebook, but has been taken down from the page. However, that didn’t stop the video from going viral.

In the video, the lady can be seen asking several men to rape the girls because she didn’t like what they wore. Shivani wrote on her FB post, which has since been deleted,

“This middle-aged woman you’ll see in the video addressed seven men at the restaurant to rape us because she felt we deserved it for wearing short clothes and bashing her unsolicited opinion.” 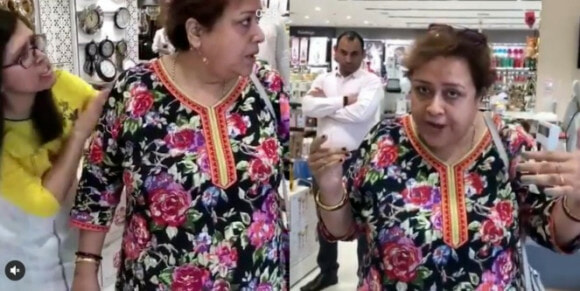 Source: the times of india

Their first instinct was to walk away from the scene but with the support of their colleagues, they managed to corner the lady in a shopping centre. Upon cornering her, they gave the lady a chance to apologise but it was in vain as she refused. Oh, the audacity!

“We gave her the chance to apologise, to no avail, of course. Nothing moved the needle for her, not even another woman who learned the story on the spot and implored the ghastly woman to apologise.”

The lady also addressed the girls’ parents and asked them to control their behaviour and dressing. She said,

“Hello guys, these ladies want to wear short dress to encourage all to see them. Theek hai? Wow, very good. All the ladies (should then) wear shorter dresses or remain naked to (be) raped. Hi all, if you are parents, please control your girls.”

You can watch the entire video below:

Further developments revealed that lady, who goes by the name Soma Chakrabarty, issued an apology after the video went viral. Soma said,

“I extend an unconditional apology to all the girls. In hindsight, I realise, I was harsh and incorrect in my statement. If any, I should have offered my opinion in private. I was concerned, however, I realise that I should have been protective and progressive in my outlook and not conservative and regressive.”

At the time of writing, her statement has garnered over 1,300 reactions on FB. You can read her entire public apology below:

I extend an unconditional apology to all the girls. In hind sight, I realise, I was harsh and incorrect in my statement….

Posted by Soma Chakrabarty on Wednesday, May 1, 2019

Well, it’s good that the lady has taken to Facebook to apologise to the girls. We hope that she learns from this experience and not to speak badly of others in the future.

Having said that, for the millionth time, women are allowed to choose their own clothing and they shouldn’t be judged for it. Instead, let’s all appreciate every woman and be cheerleaders for each other.