As women, it’s totally up to us when it comes to what we want to wear and rape victims should never be blamed for dressing a certain way that warrants the heinous crimes of men. However, this ustaz (religious teacher) in Malaysia seems to think otherwise.

In a viral tweet that was shared by local politician Dyana Sofya on 29 April, it shows a video of said ustaz speaking to an audience of Muslim women in a lecture hall, in what seems to be a marriage course that they are attending. What’s shocking is that the words that came out from this ustaz’s mouth sounded like he is endorsing sexual abuse.

Listen closely to what he says from minute 1:20 onwards and you’ll hear how he has the audacity to say, “Perempuan yang tak tutup aurat memang layak dicabul dan dizina”, which translates to,

“Women who don’t cover up really deserve to be sexually abused and raped.”

Wow, is this what an educator is really teaching other women in Malaysia? SMH.

Before saying that, he was telling his audience how Muslim women should “tutup aurat” (cover up) – except their faces and palms – in order to prevent unwanted things from happening to them. He then goes on to give an example of how many women don’t completely cover themselves up as some would wear a jubah but the fit would be tight, while others would wear a baju kurung but the fabric is sheer, thus making it see-through under sunlight.

He then said that when women present themselves this way, they draw attention from others; and that’s when other men lust over them. Er, I don’t think so bro.

This USTAZ just endorsed sexual abuse against women for the way she dress. The fact that he is an educator is everything that is wrong w our constant need of cosmetic moral policing! https://t.co/ypfRhNFDr6

Dyana, who shared the video, then mentions in the thread below how this ustaz is basically endorsing sexual abuse;

“Dear Ustaz, the thing that is wrong with society is not what people wear but:

1) Your lack of respect for consent

2) Your abusive mentality against women

“No one deserves to be sexually abused, even when they are walking around naked in public in broad daylight. Clothes are not indication of sexual consent, you barbarians!” Well said, sis.

“Women’s clothes are not the one inviting men to sexually abuse or rape them but it’s the teachers like the one speaking in the video that do.”

Other netizens who saw her post, which now has over 1k retweets, were equally disgusted by what they heard in the video.

“Appalled and totally disgusted by inappropriate comments from this so-called ‘Ustaz’. Since when do women need validation from men on what attire is okay or otherwise? This kind of mentality is sick to the core!” exclaimed one netizen.

“When men talk like this they are usually referring to themselves,” said another commenter.

“Where does such ustaz with a shallow mindset come from? Under a coconut shell?” a Twitter user questioned.

Well, while we respect all religions in Malaysia and how women can choose to cover up for religious reasons, it is completely wrong to say that women deserve to be raped because of their clothing choice. Meanwhile, it seems like besides this ustaz, a Malaysian doctor in Australia has also come under fire for saying the same thing – that some women deserve to be raped. Read the full story below.

What do you think of this ustaz’s statement? Sound off in the comments! 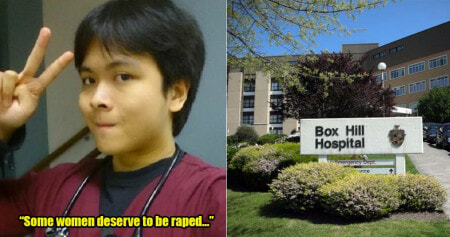