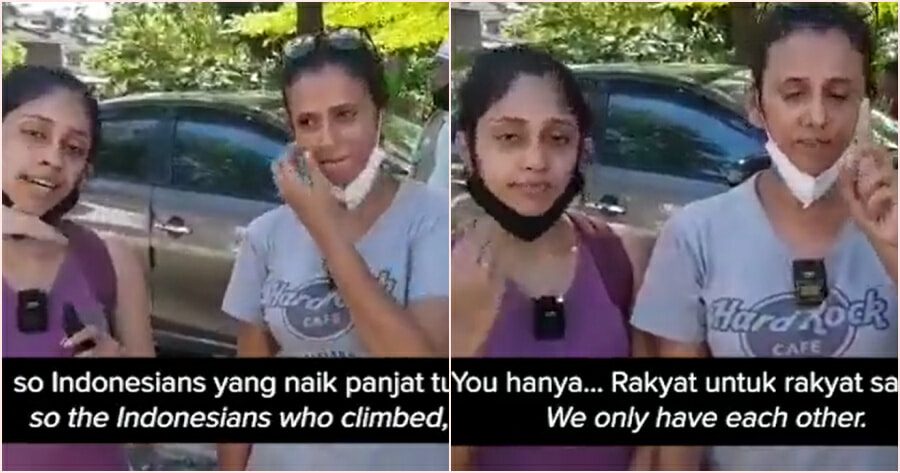 The flash floods which has devastated the country has reunited Malaysians of all races to offer help and work together to aid those in need.

However, there have also been many instances of foreign workers coming to the aid of Malaysians who have been struggling due to the flood.

An example of this was showcased in a video clip of an interview that has been circulating on social media. Although the original source of the video is unknown, the video was reshared on Twitter by Khairil Anuar.

The caption of the post by Khairil reads, “This video may not be featured on any TV stations. But I hope that everyone is able to spread it so that the whole of Malaysia can see.”

“Nationals of Indonesia, Bangladesh and Myanmar took risks that endangered themselves in order to help save Malaysians.”

The interview featured two Malaysian women who recalled their experience of being stuck due to the flood. They praised foreign workers for their help in aiding them as well as others.

“One of the neigbours who lived infront of her house, cooked fried rice, packed it into containers and tied it,” they said.

“Then the Indonesians who are on the roof and are floating on tyres would act as a food delivery service and climbed on top of roofs to pass us the food.”

“They then carried the gas tank and the stove to pass to another roof top so that the people of that area can cook. One of the aunties even made tea and distributed it to everyone in bottles,” they added. 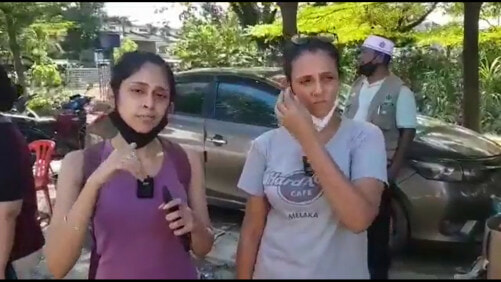 “So we got food and drinks from the rakyat to the rakyat.”

“Some people treat Bangladeshis very poorly, but when the time comes, they don’t care about their lives as they will do whatever it takes to pass water and food.”

She even claimed that the foreign nationals who stole from Mydin were doing it to help feed others.

“You can’t blame them for stealing food as we didn’t have any food supplies at all, so they were the ones that helped us.”

Netizens are in agreement with the interviewees

Khairil Anuar’s post which reshared the video on his Twitter has amassed plenty of attention. It currently stands on over 222,000 views, 15,200 likes and 25,400 shares.

Netizens took to the comments section to express how grateful they were to foreign workers who have a history of being mistreated by Malaysians.

One user said, “I just got back from the Immigration Department to try and help this foreign mother of 4 whose husband has not been allowed to return to Malaysia from Bangladesh since January 2020.”

“The way that the officers treat Bangladeshi nationals really makes me angry,” they said.

Another commented on how Malaysians often treat them as less than humans whilst here they are showing what humanity really means. 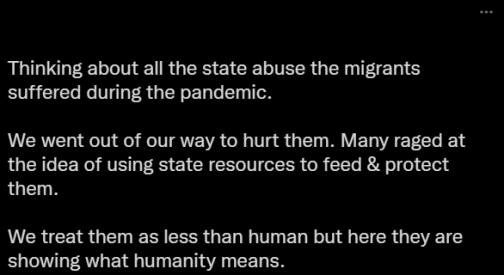 “This is the 2nd interview I’ve seen highlighting the fact that foreign workers have been unsung heroes during the floods. Remember this whenever you judge someone based on their nationality,” said another user.

We would like to offer our sincerest thanks and show our appreciation to all the unsung heroes who have emerged as a result of the flood, no matter what race or religion.

Also read: Many People of Different Races Come Together To Clean Up Klang Mosque After Flood 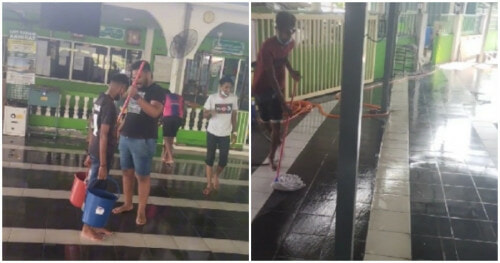