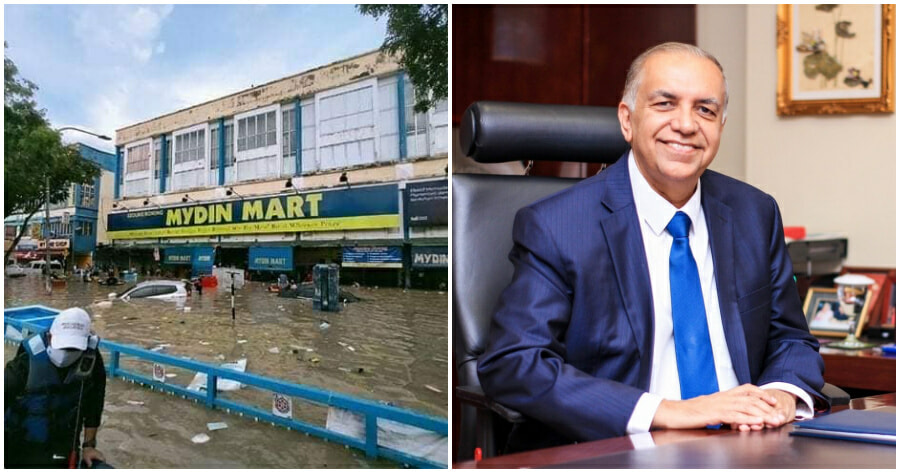 Due to areas being badly hit by the floods, many convenience stores in Taman Seri Muda were broken into yesterday, 21 December.

This is believed to have been done by flood victims who are starving and desperate.

Shah Alam police chief Assistant Commissioner Baharudin Mat Taib said the break-ins in Section 15 were believed to have happened between 1pm and 2pm. 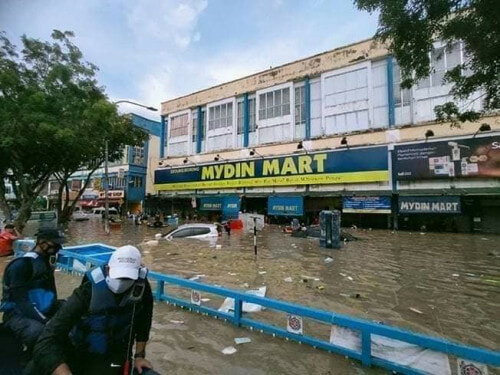 “The break-ins involved MYDIN Mart, KK Super Mart, 7-Eleven and Pasaraya Jimat where waters surrounding the premises were still waist-high. We believe there are many suspects.”

However, Datuk Wira (Dr) Haji Ameer Ali Mydin, the director of Mydin Mohamed Holdings Berhad, released a statement about the incident that touched the hearts of many.

He expressed his sympathy for those who were affected by the flood, especially during an ongoing pandemic, and said he understands why such an incident had to happen. 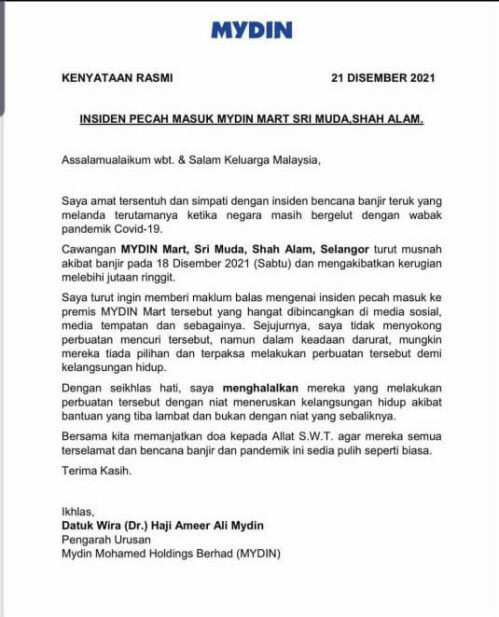 “MYDIN Mart branch, Sri Muda, Shah Alam, Selangor was also destroyed as a result of the floods on 18 December 2021 (Saturday) and resulted in losses of over millions of dollars,” he said.

“Honestly, I don’t support the act of stealing, however in an emergency, it is possible they have no choice and are forced to do so for the sake of survival.”

“With all my heart, I justify those who do such acts with the intent of survival because of aid arriving late and not with the opposite intent,” he said.

Thank you so much Mydin for being so understanding and generous!

Also Read: 5 Things You Should Do If Your Car Gets Stuck In Flood To Reduce Cost of Repair 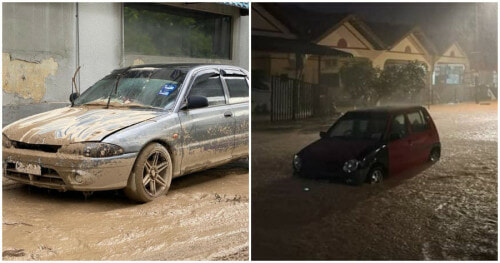