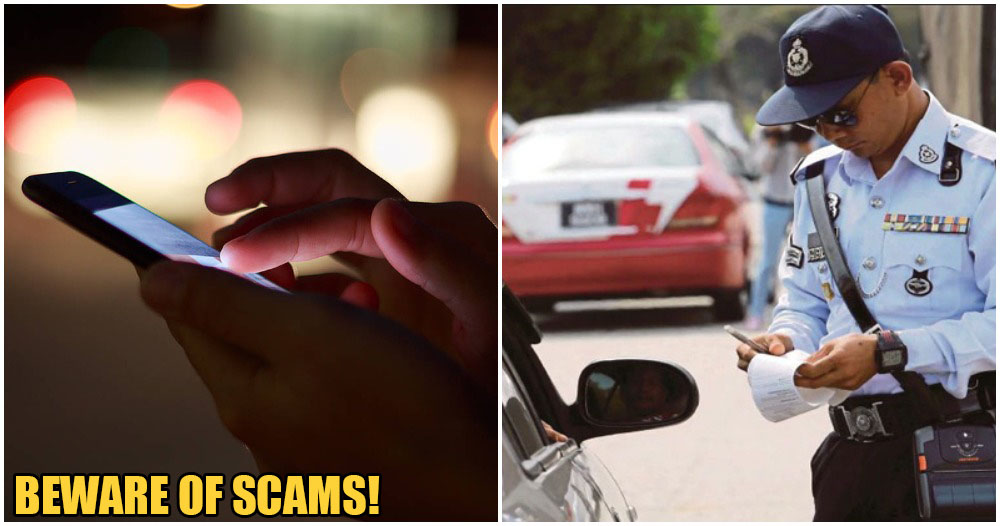 Scammers nowadays are getting more cunning in thinking up scams they can cheat money out of their victims. They are constantly plotting and scheming ways to get their hands on your hard-earned money. But these scams are getting more elaborate and hence, we should always be on the alert in case it happens to us. These are some of the common scams that are happening in Malaysia so take note and be aware!

1. Threatening to arrest you for crimes that you have never done 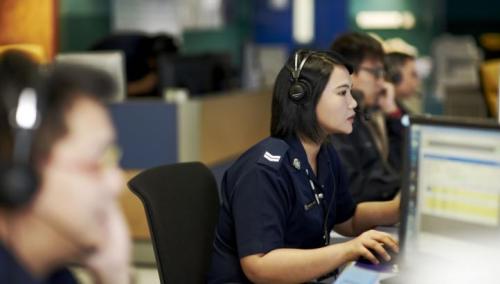 These scams are pretty well-known already but yet, people still fall for them. This is probably because the scammers will call and threaten you, saying that you’re in trouble with the law for a crime that you weren’t aware of. Normally, they will say that you have unpaid summonses, your name is involved with money laundering crimes or even have an order to attend court.

However, it is important to note that the police said they will not make any phone calls to offenders for any unpaid summons or crimes that you have ‘committed’. They have also warned the public to not fall for such tricks.

2. Fake deals that are too good to be true 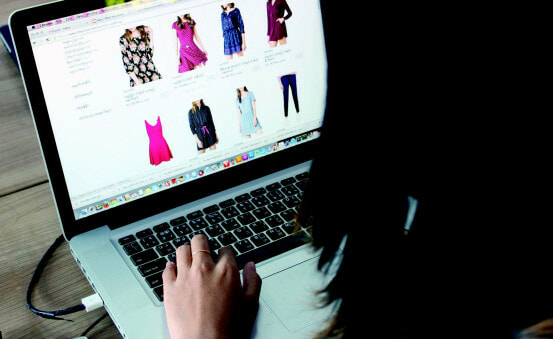 A good rule of the thumb to keep in mind is – if something is too good to be true, it usually is! People are greedy and always love good deals so scammers use this weakness to cheat money from their buyers. The scammers will post pictures of items they have online and sell them at very low prices to attract unsuspecting buyers. Once the transaction is done, these scammers will block you so you can no longer get in touch with them and your money is gone, just like that.

This is why it’s important to always check the seller’s background and reviews before making any purchase or only buy from trusted sellers. Do take note that some high reviews are actually made by fake accounts to lure innocent buyers to ‘buy’ their items. Use the CCID portal to check whether the bank account is blacklisted. 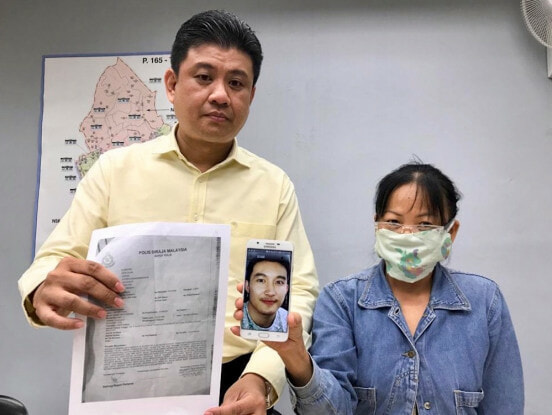 Scammers would pretend to be your dream date by creating a fake profile with good-looking pictures and try to build up a relationship with you. These scammers usually prey on lonely people and will shower their victims with attention and affection. Then, they’ll slowly ask you for money or even nudes which can be used to blackmail you.

Always be wary of people you meet online, especially if you have never seen them in real life before. Be careful and don’t fall for their sweet-talking. Don’t simply surrender important personal details such as the number of your credit card. Love may be blind but don’t let it blind your judgment! 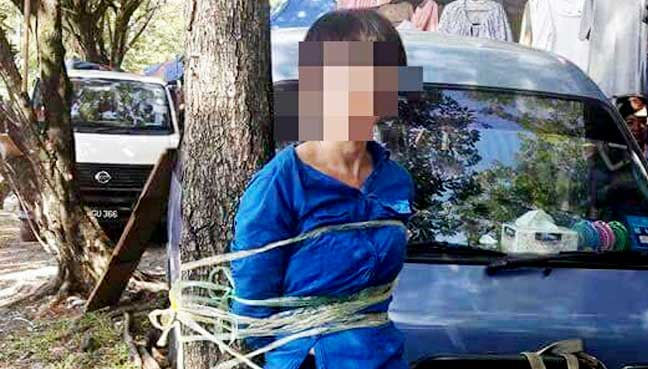 It is unclear how exactly these hypnotisers work but many people have already fallen victim to these scammers. Some of them have lost their entire savings to them and during the process, the victims are manipulated by the scammers. The victims seem to be in a dazed and confused state and there was even a case where the victim of hypnotism was tied to a tree.

If a suspicious person approaches you, keep a safe distance as they tend to approach their victims under a convincing disguise such as tourists. If you feel dizzy when you’re talking to a stranger, immediately leave and break eye contact.

5. Harassing you for your OTP

This type of scam starts with a stranger suddenly messaging the victim to send the one-time password (OTP) that was mistakenly sent to their phone. They would say that they have keyed in the wrong number and are waiting for the password to complete the transaction. However, you should NEVER, NEVER give your OTP to anyone!

If you receive any suspicious messages then you should block the contact. It is strongly advised to check your own bank accounts in case any transaction has been made without your knowledge.

6. Calls or messages mimicking voices of your friends and family With the current technology, it is now easy to imitate someone else’s voice. They would call or send voice messages which sounds exactly like someone close to the victim. Then, they would pretend to be in trouble and ask for money, saying that they need it urgently.

If you do receive calls or messages like this, confirm the situation with the person by calling them. Use the CCID portal to confirm the legitimacy of the phone number and never simply transfer your money without making sure that you know what is going on. 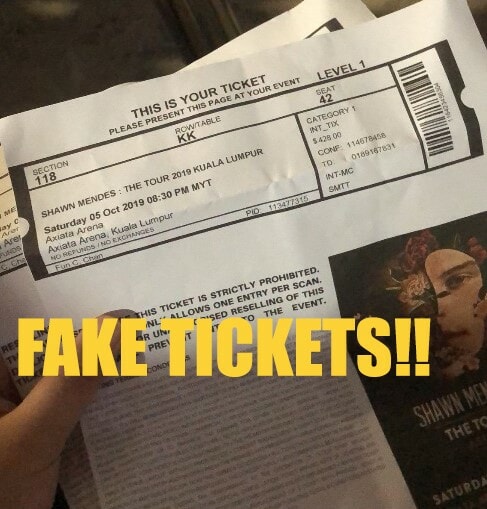 For every limited edition item or concert that goes on sale in Malaysia, there will always be scalpers who try to earn extra income from fans. But some of them are more than scalpers, they will also use this opportunity to make fake concert tickets and sell them to the buyers at a higher price. And victims are not aware until they are denied admission into the concert of their dreams!

This is why we should never buy concert tickets from unofficial platforms or from strangers. Not only is it illegal for scalpers to sell these tickets, supporting them will only encourage more scalpers to emerge. 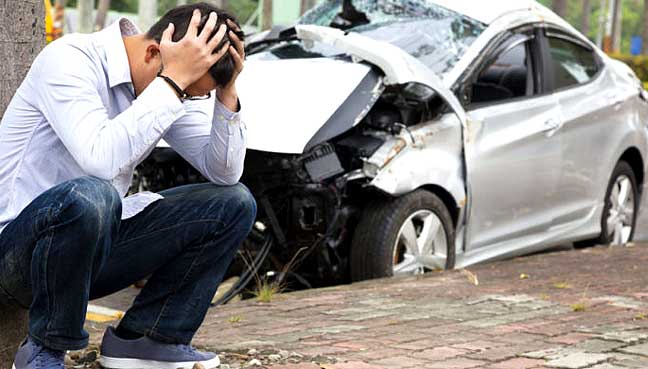 Another common scam that is often found in Malaysia is motorists or pedestrians who would purposely pretend that the driver had crashed into them but they were actually unhurt. They would then demand compensation and threaten to sue them if the driver did not pay up. Sometimes, the supposed victim can also be a robber who would take advantage of this accident and rob the unsuspecting driver.

Whenever you’re involved in a road accident, always be vigilant of the surroundings and the people. Make sure you install a dash-cam so you have proof and lock your doors. Call the police if the situation looks bad as well. 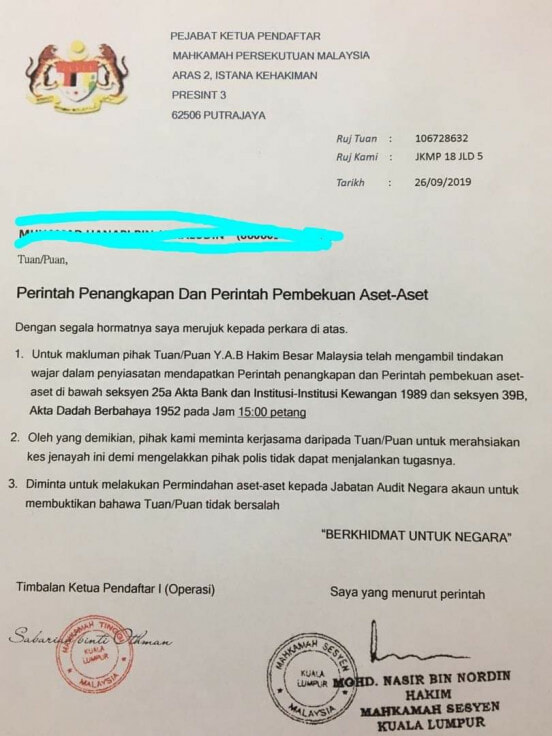 Other than phone calls, scammers might send letters or emails to you, claiming that they are from government or official agencies. These are usually warning letters threatening legal action over something you did not do but if you scrutinise it, then you can see that it is obviously fake as there are various glaring errors. 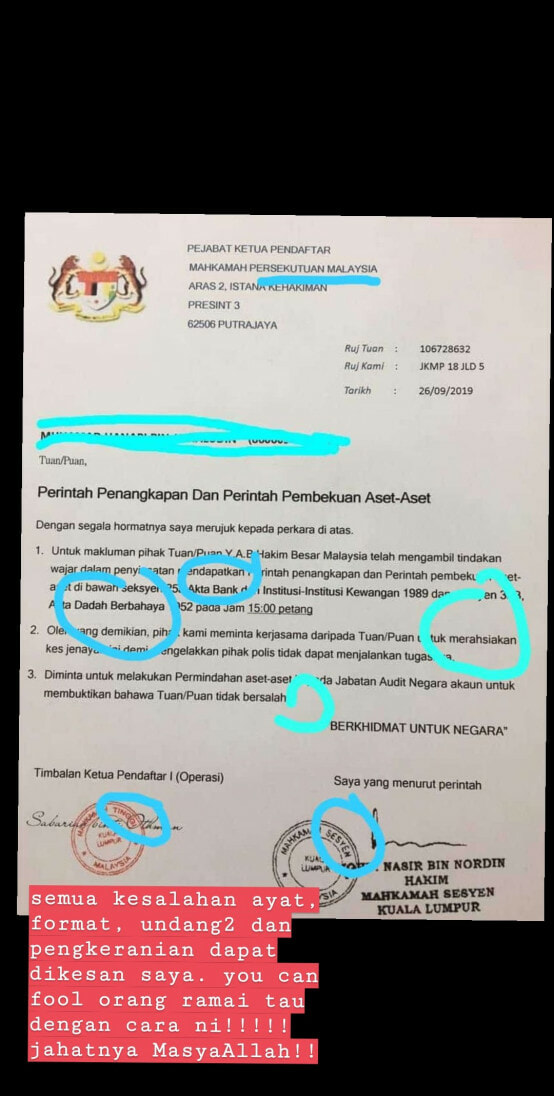 10. Demanding ransom after they “kidnapped” your children 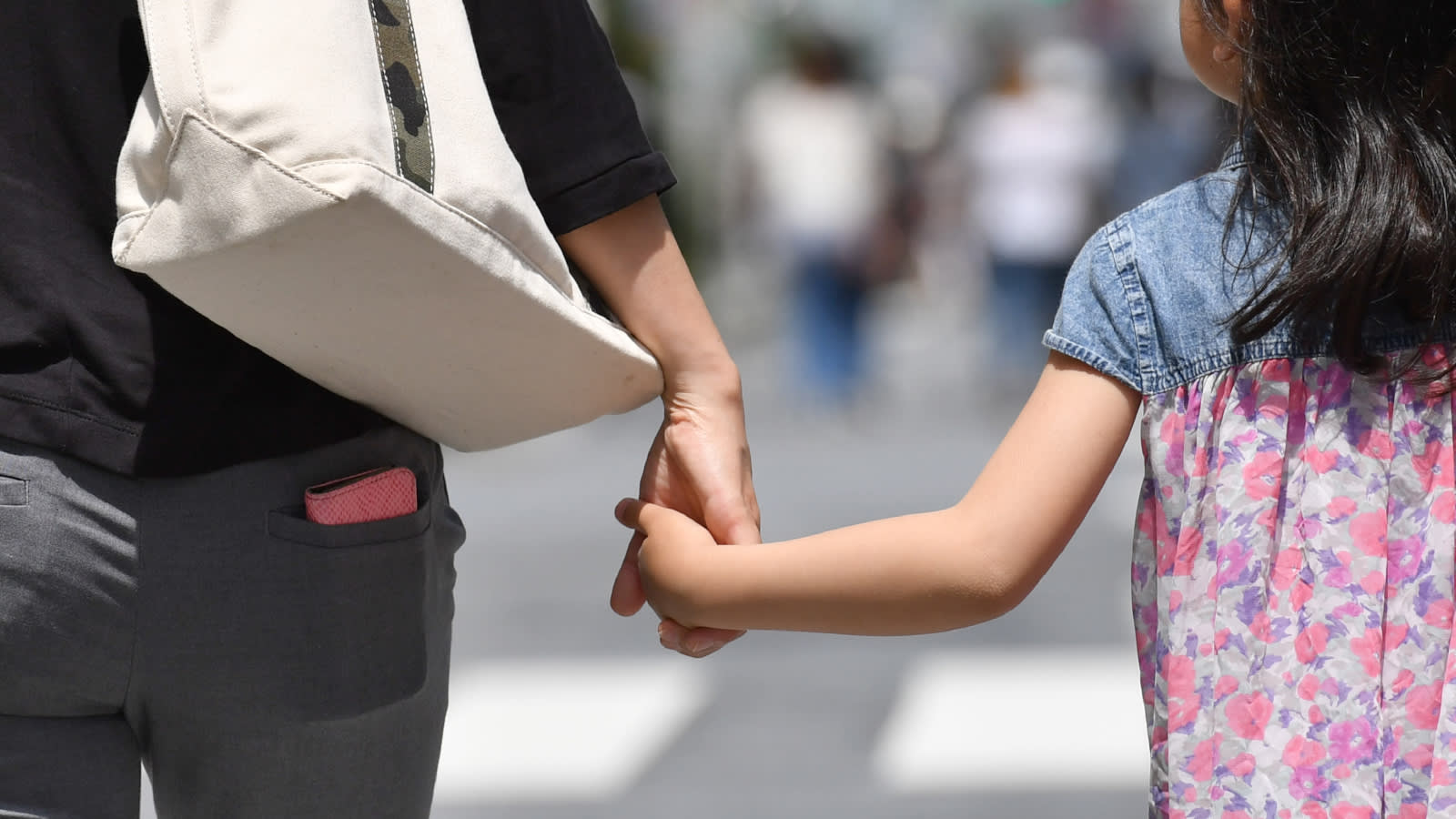 Getting your child kidnapped is one of the biggest fears that parents have and this is what the scammers are counting on. They will call random numbers and demand a ransom to release the ‘captives,’ saying that they have their children. In fact, they did not kidnap anyone and are preying on the parents’ fear. They would also use voice clips of screaming children to convince worried parents to pay the ransom quickly. Always check with your child on their whereabouts before doing anything rash. 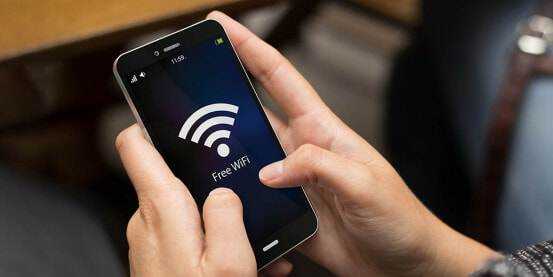 Beware of public Wi-Fi hotspots as hackers can set up fake hotspots to retrieve personal information and previous activities out of the victim’s devices. Avoid conducting any transactions on your devices when using public Wi-Fi as your information can be easily stolen.

Mobile phone users are strongly advised to use their own data for internet connection or set up a virtual private network (VPN) if you’re using public Wi-Fi. For your social media accounts, make sure you have activated the two-factor authentication to prevent outsiders from logging in using your ID.

Beware and be mindful of potential scams that might happen to you at any time as there are always new scams happening these days. Always stay calm and think properly before acting rashly! 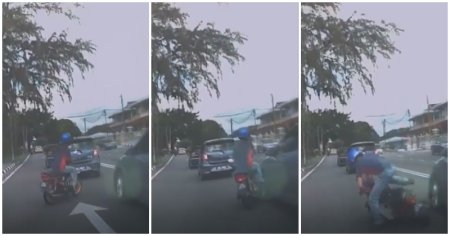