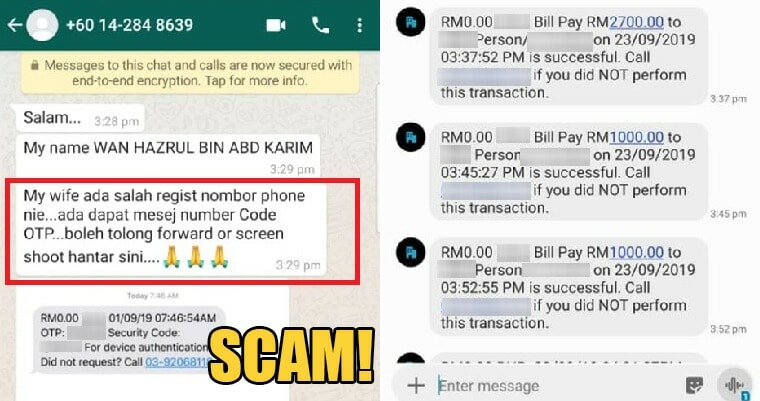 Scammers are getting more cunning these days as they come up with various ways to get their hands on our hard-earned money. Recently, a Malaysian man got conned out of RM63,000 when a scammer managed to hack into his bank account even though they did not have access to his One-Time Password (OTP) or Type Allocation Code (TAC).

He shared his experience on Facebook, hoping that others can learn from it and be wary when unknown numbers suddenly contact you. He titled his post as “How can scammers take your money without using an OTP?” which has more than 41,000 shares so far. 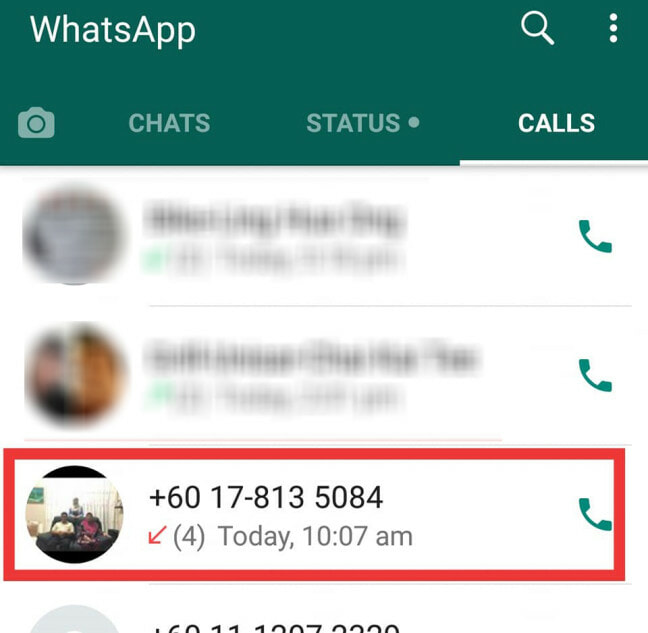 At first, he said that he received a few calls from 017 8135084 but since he didn’t know the number, he did not answer. The scammer then sent messages through WhatsApp and included a few screenshots of OTP requests that he had made. Apparently, the scammer said that his “wife” had sent the OTP code to the wrong number.

He refused to humour the scammer, who then tried tried to convince him that he was legit by sending over photos and videos of his IC and account number. At the same time, he received a few SMSes for several OTPs to authorise transfers and device verification. He had a feeling the man was a scammer and ignored his OTP requests.

To his surprise, he suddenly received an SMS saying that a money transfer was successfully made to a bank account on his “Favourites” List. That was when he realised the scammer had been contacting him nonstop on WhatsApp for about an hour. 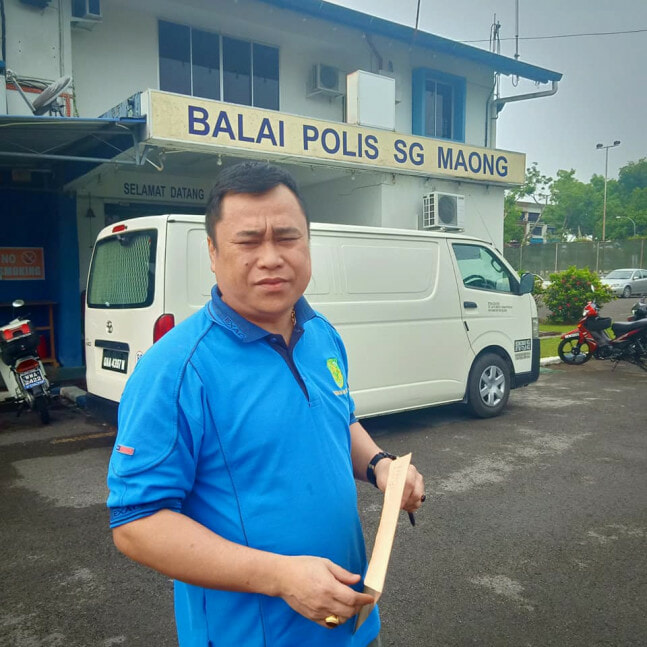 “I called the Customer Service hotline where they confirmed that the money had indeed been transferred to one of the bank accounts on the ‘Favourites’ List. The balance left in my bank account was only RM41.35 as the scammer had managed to transfer a few thousand ringgit out. All the Customer Service could do was help me block my card, online banking and mobile app as well as asking me to lodge a police report,” he said.

“I also blocked the number from WhatsApp after calling Customer Service. Unfortunately, this also caused our chat in WhatsApp to be deleted and all the personal information the scammer sent to me including his bank account and IC had disappeared.” 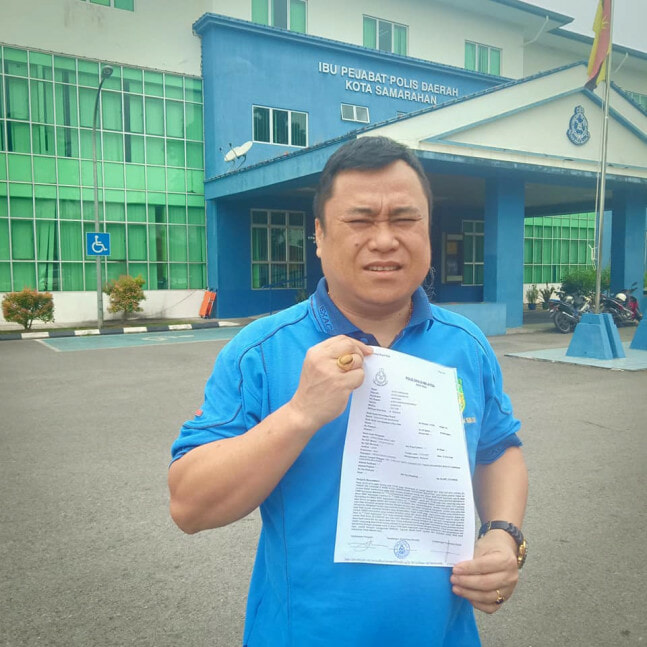 He headed to the Samarahan police station to make a report, but they referred him to the Sungai Maong police station as this was considered a commercial crime. They suggested that he should call the person who had received his money and to his surprise, the receiver had fallen victim to the scammer.

“The receiver said that someone had used a different phone number, 017 8660079, but with the same profile picture, the scammer had contacted the person using the same modus operandi,” he said. Here’s what the scammer did to get the person on the “Favourites” List to send the money over:

1. The scammer had sent over a photo of the successful transaction

2. The person on the “Favourites” List checked their account and confirmed that the money was indeed inside

3. The scammer said that his wife had wrongly transferred the money and threatened the person on the “Favourites” List to return the money otherwise the scammer would make a police report

4. The person on the “Favourites” List got scared, and they hurriedly transferred the money over, as they didn’t know it was not the scammer’s money 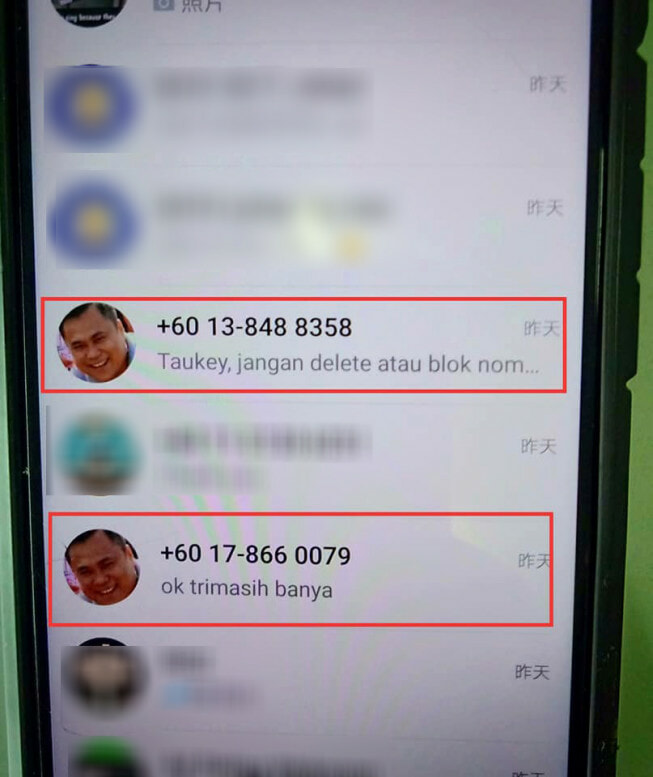 Damn, that’s scary and really fast work! The police informed him that as early as September 2019, the scammer had used the number 017 8135084 to run similar scams all over Malaysia. He lost RM63,000 to the scammer and warned others about this.

He said, “The scammer’s modus operandi is to ask for OTP to authorise a new device or an error in making transactions. The scammer will transfer money to an account in the victim’s Favourites list, then threaten the owner of that bank account to transfer the money to another account.”

There was another similar incident that also happened to another Malaysian’s father. Apparently, the scammer had used the same modus operandi and resorted to threats when the father refused to transfer the money. Then he received SMSes saying that a total of RM4,700 from his account had been transferred out. Luckily, the scammer only moved the money to another account belonging to the father so his money was still there.

The man who had fallen victim to the scam gave some warning and advice to others to avoid being victims themselves. He explained, “Don’t engage with these scammers. They might be able to duplicate what your WhatsApp or clone your mobile number. Off your Wi-Fi and disconnect your mobile date if you suspect the person is a scammer.”

Stay safe and protect yourselves from these unscrupulous scammers! 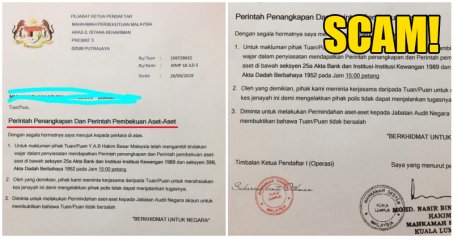