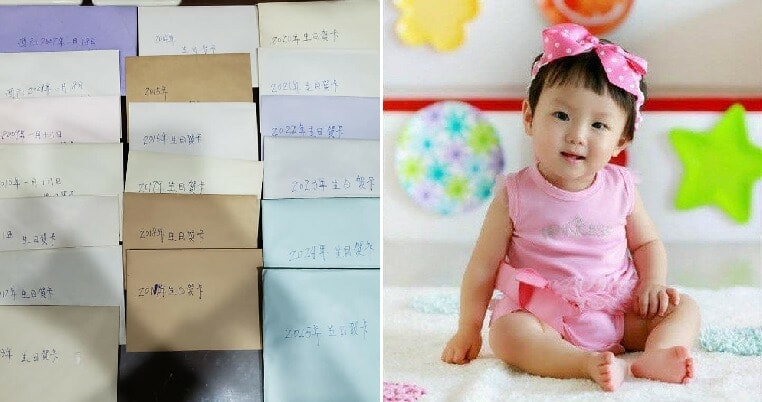 Suffering from a terminal illness is tragic, especially for the family members that you’re leaving behind if you succumb to the sickness. However, this father in Taiwan tried his best to ensure that his then one-year-old daughter would always remember him as his condition was deteriorating. 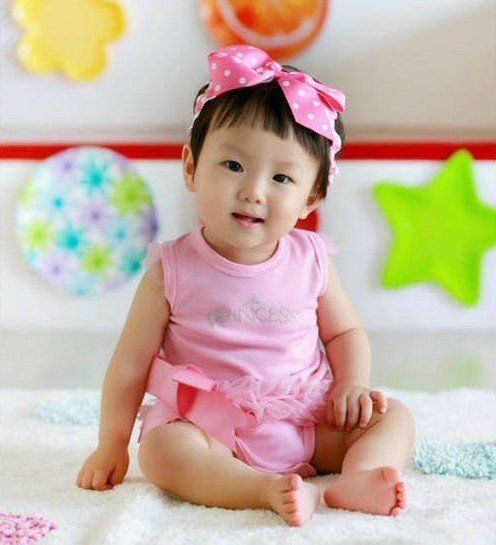 He sadly died in May 2006, while his daughter was only a one-year-old at that time, but before that, he wrote 19 birthday letters for his daughter. These letters were supposed to accompany her every year until she turned 20 years old in 2025.

In an emotional Facebook post by his wife, Bella Chu, she said that she had been keeping the letters from her husband to pass on to her daughter. “My daughter was born in January 2005, her father died in May 2006 of liver cancer when she was only one year and four months old. During his last surviving month while he was struggling with his illness, he wrote the letters, which were full of his love, blessings and hopes for his daughter.” 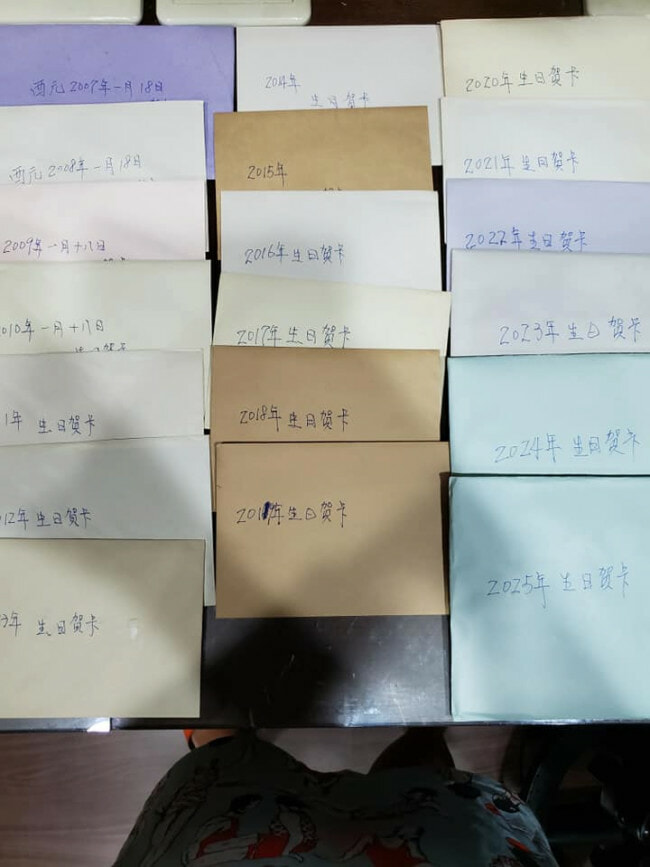 He wrote these letters for her second birthday until she reaches 20 years old in 2025, but as the girl was too young at that time, Bella said that she has been keeping the letters. She said that she had been waiting to pass the letters to her daughter when she gets older.

Now that the girl is in her third year of junior high school, which is about 15 years old, Bella feels that this is the right time to give them to her. “A fatherless child matures faster and my daughter has been staying at a boarding school since she started junior high. While for me, I have been working in China,” she laments. 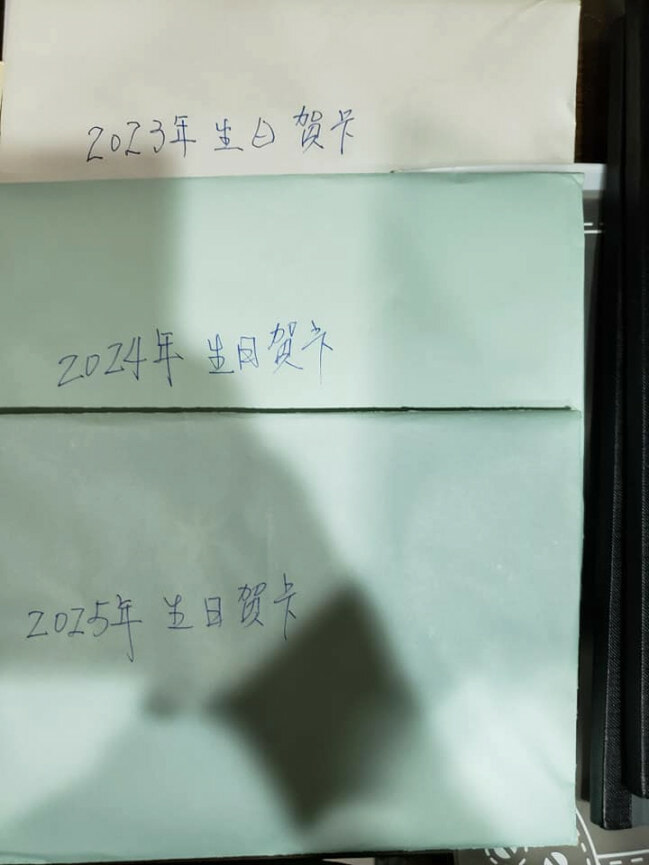 Bella says that she has never opened the letters before or even thought of opening the letters as they were private. “When dawn comes, I will need to start my journey again. These letters, I will leave them for you. Your father, who has died too early left them for you. These are his heartfelt words that have transcended time to build a father-daughter bond with you. I hope that you’ll use your heart to read what he has to say.”

Netizens who saw the post were touched by the determination of the father to try and reach out to his daughter even after his death. Some of them said they teared up at the late father’s love for his daughter.

Also read: Father Breaks Down in Tears On Beloved Daughter’s Wedding Day As He Was Reluctant to Let Her Go 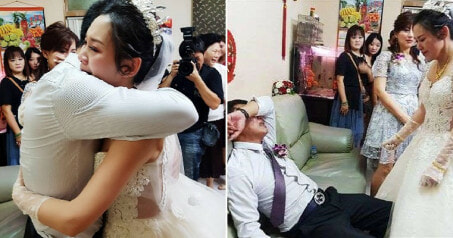