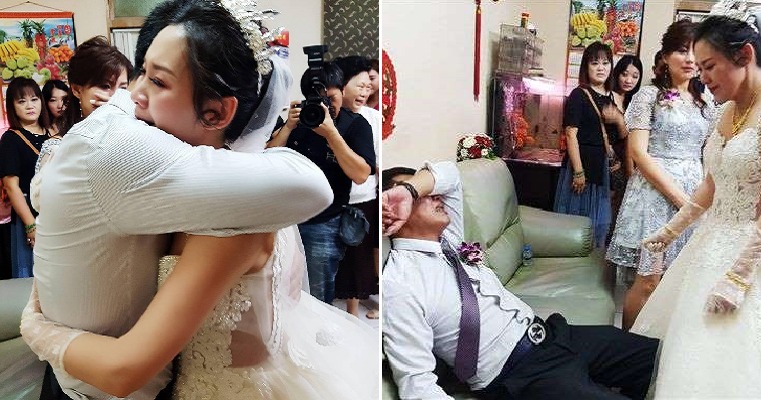 There’s a saying in Mandarin that means, “A daughter is her father’s lover from his past life” and daughters are usually the apple of their father’s eyes. I’m sure you’ve heard of the phrase “Daddy’s girl” before! Netizens were moved by this rather uncharacteristic display of fatherly affection by this dad in Taiwan on his daughter’s wedding day. 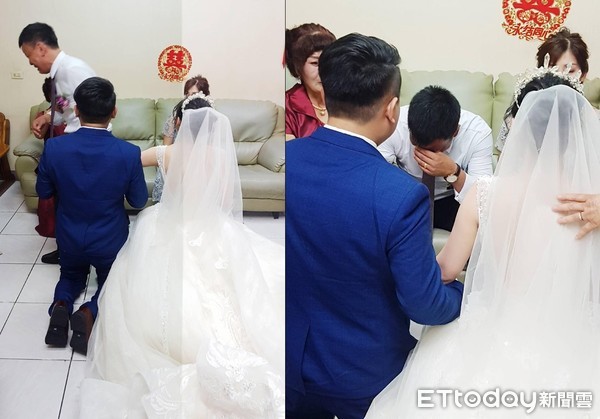 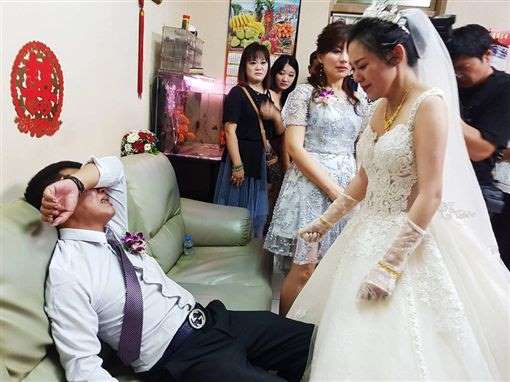 According to ET Today, the incident happened on 21st July, and the daughter shared her wedding day experience on Facebook. She said that her husband had gone over to her home on that day for the morning session and after the rituals, both of them had kneeled down in front of her parents to ask for their blessings.

When it was time to get up and leave, suddenly her father broke down in tears and stood up, saying, “Don’t go!” which caused everyone there to get rather teary. Overcome with his emotions, her father sank back down on the couch and tried to control himself, while covering his face to hide his tears. He left the couch and went away to gather himself again before coming back to the scene. 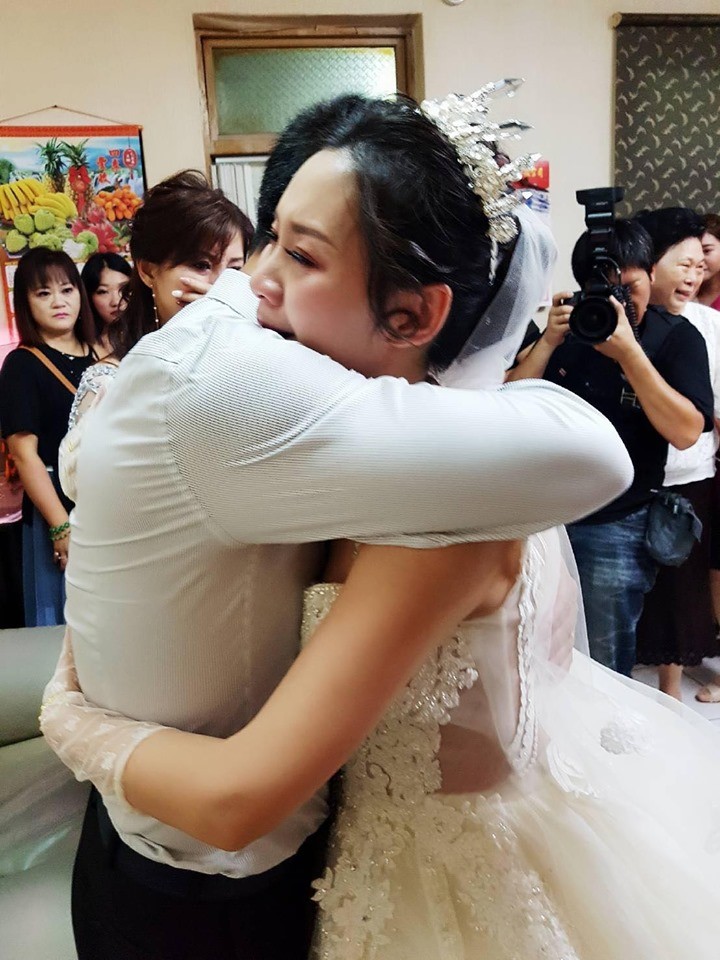 The daughter said that she was very moved by her father’s tears as well as it was the first time she had seen him cry as he was unwilling to let her go. Father and daughter clasped each other in an emotional embrace which was all captured on film by the wedding photographer.

Finally, the father calmed down and told his beloved daughter, “I hope that you will be very happy with your husband” and gave his blessings to the newlyweds. Some of the fathers who read the post said that they understood that dad’s feelings and said that they would probably do the same when their daughters got married. Others said that felt touched by the father’s love for his daughter as well.

Aww, such a touching story! Did you guys experience the same thing before? Let us know in the comments section! 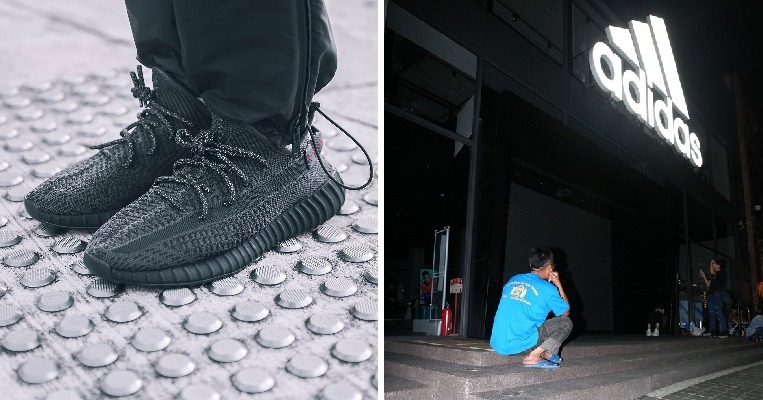