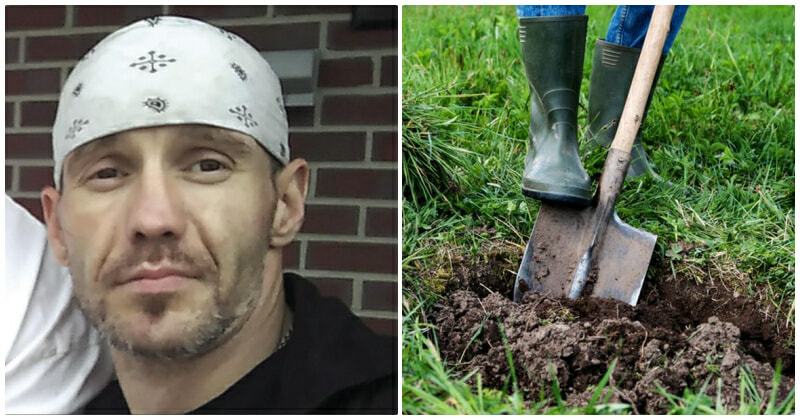 Taking place in Skygusty, West Virginia, Amanda Michelle Naylor McClure is sentenced to 40 years in prison, when she killed her boyfriend to marry her biological father.

The murder of John Thomas McGuire on Valentine’s Day 2019, came after both Amanda and her sex offender father, Larry Mclure Sr., bludgeoned John’s head with a wine bottle, tied him up, injected him with methamphetamine, and strangled him to death.

The details did not end there as the trio, which includes Amanda’s sister, Anna Marie Choudhary gained John’s trust in a game of “trust game” before torturing him for two days and burying him in their backyard.

Details about the murder of Owatonna father John "Bamma" McGuire have emerged during court testimony earlier this week. The following information may be considered graphic. (1/2) pic.twitter.com/4oL2Ub6gcE

John, at the time, was on his way to visit his mother but never made it.

After slaughtering him, the suspects buried John in a shallow grave at Larry Sr.’s backyard.

To cover up his death, several ominous posts were posted on his social media account, as a showing that he is still alive and well.

In court, John’s mother, Karen Smith, said that she wanted to know why Amanda was acting God and took away her son.

Here was her response: “Mrs Smith, the only answer I can give you as to why things happened is John was with me.”

“My dad didn’t want anyone else near me. John told Larry that he loved me, and we were going to get married.”

“I wish I could bring John back. He was a good man.”

On a positive note, it is a good thing that all parties involved in the crime are currently undergoing prison sentences that should serve as a warning to others and avoid a life of crime.

Also read: Chinese Inmate On The Run After TUNNELLING His Way Out Of Indonesian Prison