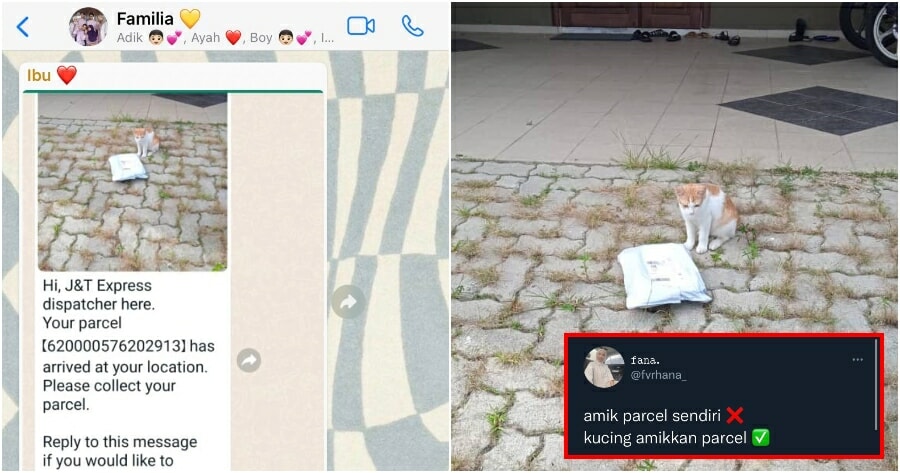 Cats are notoriously known to be cunning and smart creatures. Some studies have even shown that cats actually realise when we are talking to them, however, as we may very well know, they simply choose to ignore us.

However, sometimes, rare occurrences happen where our beloved cats actually listen and help us with everyday tasks. This situation occurred to Twitter user Farhana whose tweet had recently gained traction.

Farhana’s tweet showcased a screenshot from her family group WhatsApp of her cat ‘fetching’ their parcel, with the caption “Take your own parcel? No. Get your cat to fetch it? YES!” 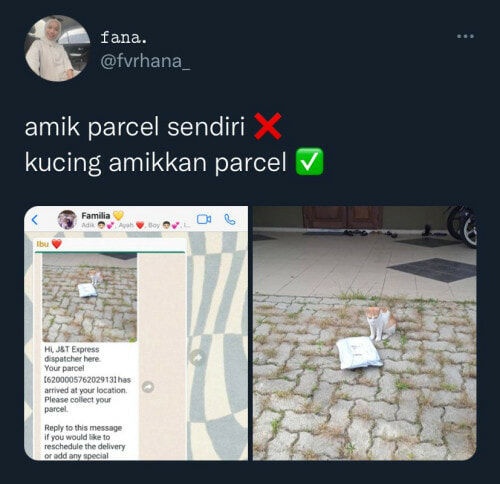 Her tweet made the day for many Twitter users who were envious of the fact that Farhana’s family was able to get their cat to fetch their parcels for them.

What made it more amusing was how most of the pictures were sent by the dispatcher as Proof Of Delivery (POD). 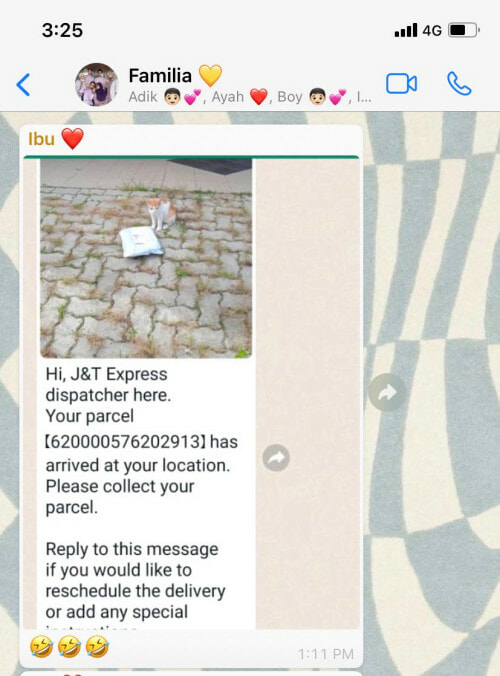 Twitter users were in awe at the sight of her cat ‘guarding’ the parcel. 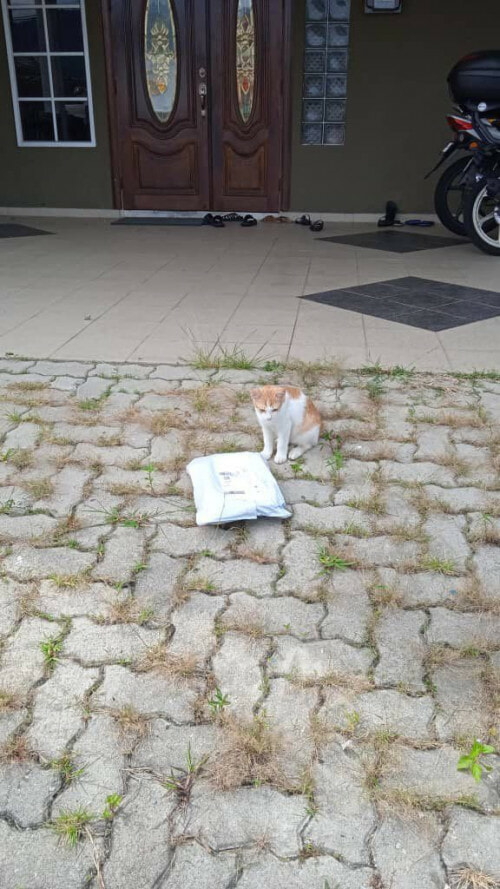 Stunned by her cat’s cuteness, Farahan’s tweet had garnered plenty of attention and have received 5,884 retweets as well as 13.2k likes from Twitter users.

“Meow, give this parcel to your master. Say less”

One Twitter user said that after this they will just leave their cats outside so that they do not need to “go through hell” to wear their hijab to go out to get their parcel.

Another user made a statement saying, “Well at least they are not eating here for free.” 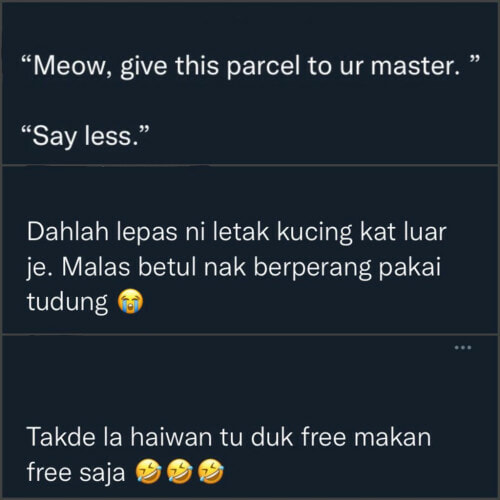 Meanwhile, other Twitter users made humorous remarks on the possible hilarious reactions that our courier riders might have after passing a parcel to one’s cat.

“Did the J&T guy ask for a signature? Just worried if the Proof Of Delivery would not be valid if you want to claim any damage,” said one user.

Another user created their own dialogue which started off with the dispatcher asking for the cat’s identification number as Proof Of Delivery. The user then proceeded to play the role of the cat by saying, “But mister I’m a cat.”

A user was reminded of the time where the J&T dispatcher texted her saying, “If there is anything, just ask the cat.” 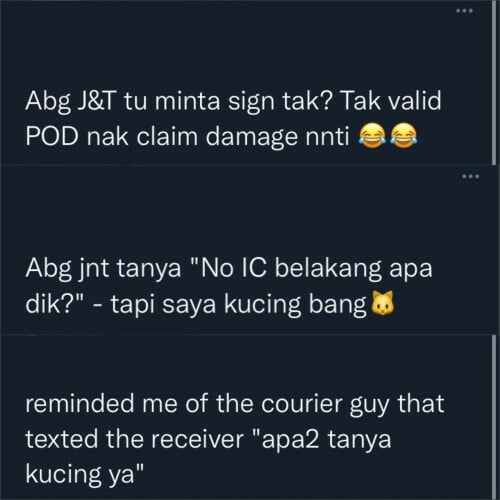 We are certainly envious of those who have managed to get their cats to help receive their deliveries for them.

To see more wholesome pictures of other peoples’ cats receiving parcels, you can check out Farhana’s tweet here.

Let us know what you think of this adorable interaction in the comments down below. 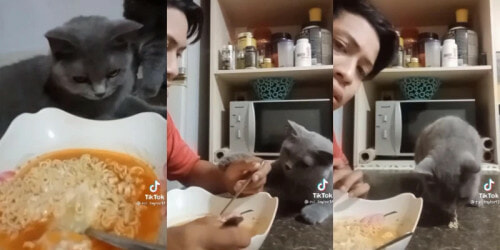