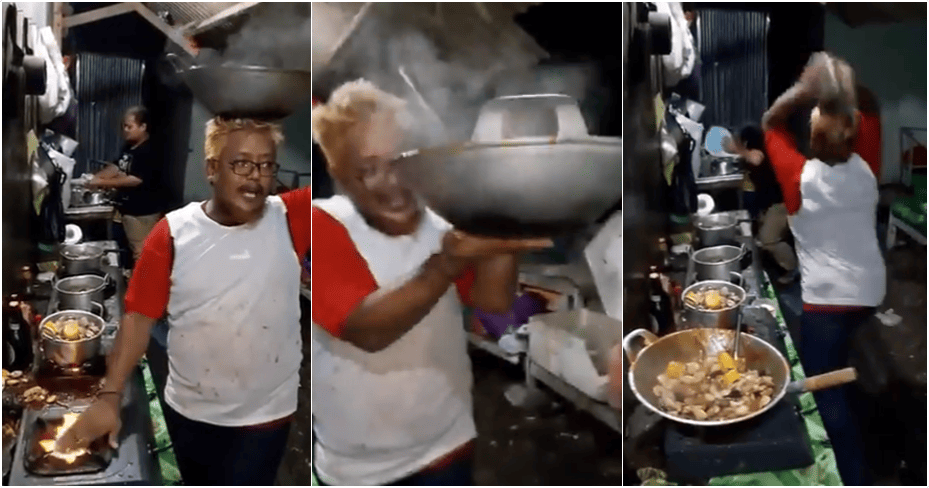 In the kitchen, the head chef is someone who is respected. It is well known that some chefs can be very strict and can scare junior cooks away. However, if overdone, it can bring down the integrity of the culinary scene.

Recently a video that was shared by Zairol Anuar on Twitter has gone viral of a chef that’s preparing some sort of seafood feast in a wok and his humorous antics in the kitchen have prompted a lot of reaction from netizens. 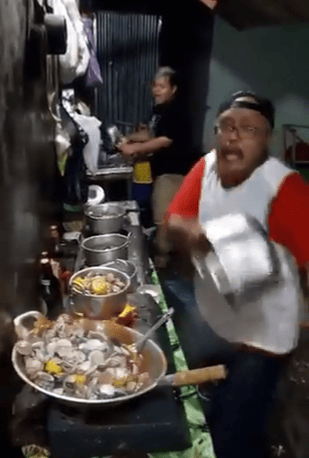 As early as the 5th second of the video, the chef took a steel bowl and threw it at his helper, just because a customer was recording his “funny” ways in the kitchen. Fortunately, the kitchen helper managed to dodge it. 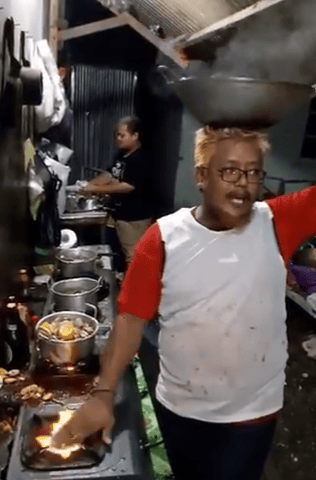 His weirdness did not stop there. After taking off his cap, the chef took the hot wok and placed it on top of his head while his right hand was playing with the fire on the stove. Quite impressive, however, we are unsure whether it is necessary. 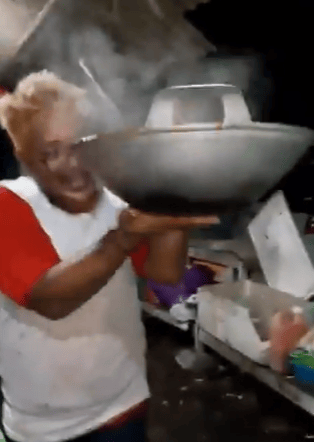 As if it was not clear that his hand can withstand the heat, he then took the wok and put it on top of his palm while bragging about it. 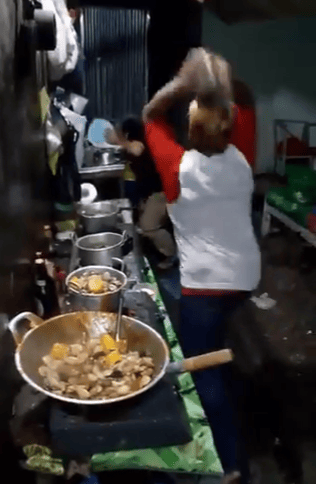 The pinnacle of the video came shortly after that. He picked up a brick that was beside his stove and suddenly threw it at his kitchen helper. Luckily the kitchen helper managed to again dodge it. If not there would be something less to laugh about.

Generally, netizens are pretty amused by the video with most of them making fun of the two.

“My gecko watch this video, and now it is a dragon.” 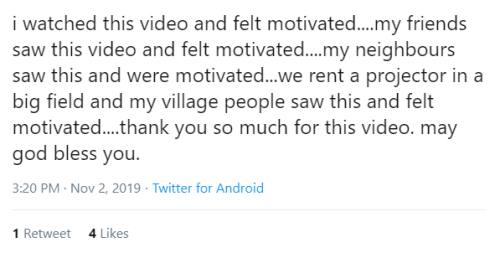 “My dog watched this video. Now he is Snoop Dogg.”

“If this happens in Malaysia, he will fail the Ministry Of Health’s hyginenic standarad. For sure have to close for 14 days.”

However, after going through the video, although entertaining, the condition of the kitchen is worrisome. From dirty floors to him manhandling the food like that, hopefully, none of his customers will be hospitalised for food poisoning. 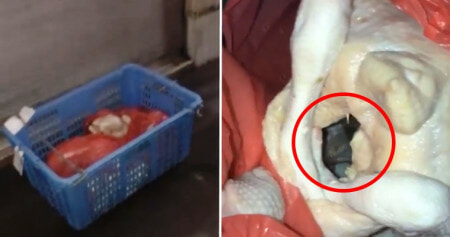