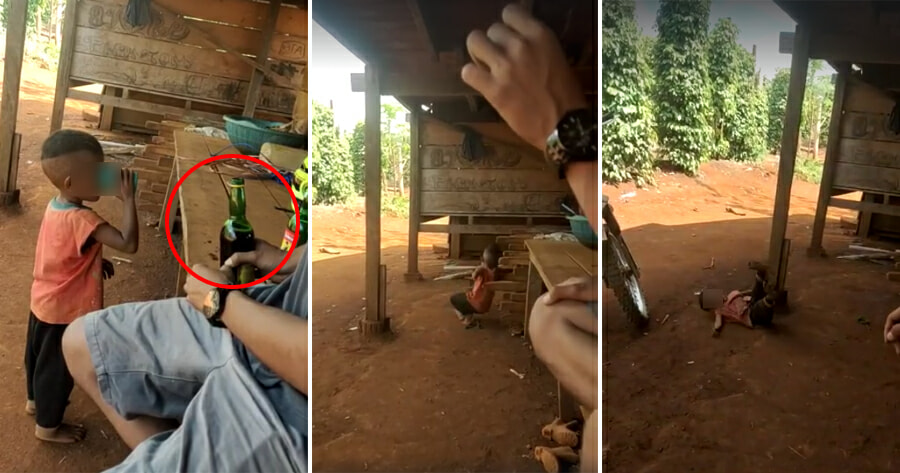 On 23 August, two Indonesian men were arrested in South Sulawesi for forcing a four-year-old to drink alcohol in two viral videos. The videos were believed to have been recorded on Saturday (22 August) and have gained over 129,000 views on Facebook with comments of people being disgusted by the actions of the two men.

In the first video, one of the men was seen giving the child alcohol as the child rapidly drank the drink indicating that he was thirsty.

The second video shows the boy being drowsy and swaying around while the two men laughed at him. The boy even lost his balance and hit his head on a pile of wood multiple times.

According to the Tribunnews, the recording was made in a black pepper plantation in Pekaloa and the child’s parents work there. Juleha, Head of the North Luwu Integrated Care Center for Women and Children Empowerment, stated that the parents put the boy into the care of the two men, identified as Firman Efendi, 20, and M. Rifky Hendra Putrawan, 19, who were owners of the plantation.

Fearing that they would lose their job after finding out about what the two men did to their son, the parents did not report the case to the authorities.

However, the two men were later detained at their place of residency in Kampung Timampu, Towuti District, South Sulawesi after videos of the incident went viral on the Internet