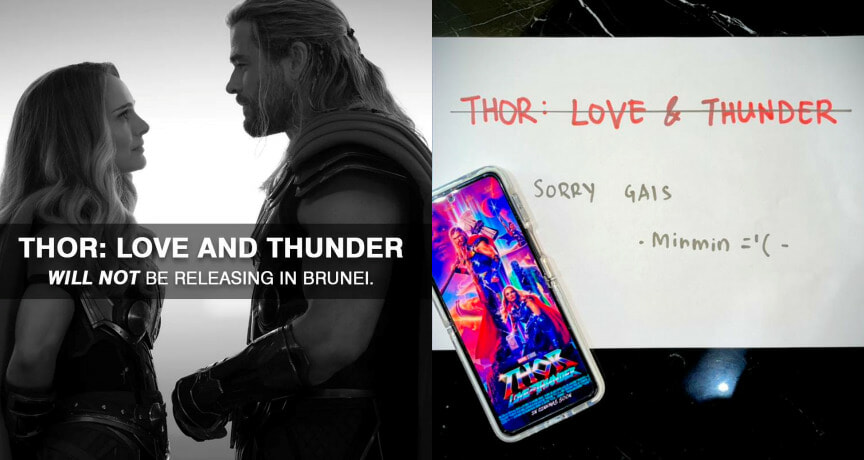 It was recently announced that Marvel’s Thor: Love and Thunder will not be released in Malaysia at all, after the movie was postponed ‘indefinitely’. Many Malaysians, especially Marvel fans, were disappointed by the announcement and even demand an official reason behind the decision.

Marvel has also recently announced the Phase 5 and 6 movies, but many Malaysians also doubt that they will be available to watch in the country by the time comes, following what happened to the Thor and Lightyear movie.

On 28 July 2022, One Cineplex Brunei issued an official statement on Facebook, saying that Thor: Love and Thunder will not be released in our neighbour country Brunei as well. “We’re sorry to have kept you guys waiting just to end up with disappointment again.

Nevertheless, contrasting to Malaysians’ reactions, Bruneians seem to have very different feedback on the news. Many are calm and accepting of the decision, where they leave comments like:

“The comments from Brunei citizens are very mature, proper and rational, compared to most Malaysians in this matter. Good job Brunei!”

“No such thing as broken heart or disappointment. This is good news

“I’m sure there is something that is not in line with Brunei’s laws. Whatever it is… We support the decision. Rather than accepting bad karma, it’s better to avoid right

“Thor: Love and Thunder” will not be released in Brunei

“Thor: Love and Thunder” will not be released in Brunei

“Ok bah. We stand our ground. Brunei is not flabby to be threatened. If they don’t respect our country’s rules, then so be it. It is not the end of the world.”

Most comments agree with the decision, while some even say that no one is disappointed as this is good news. Even so, there are still mixed voices in the comments where some think that the movie should not be banned. 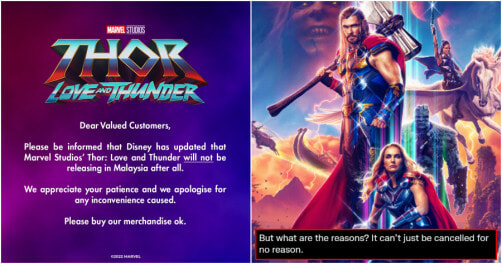