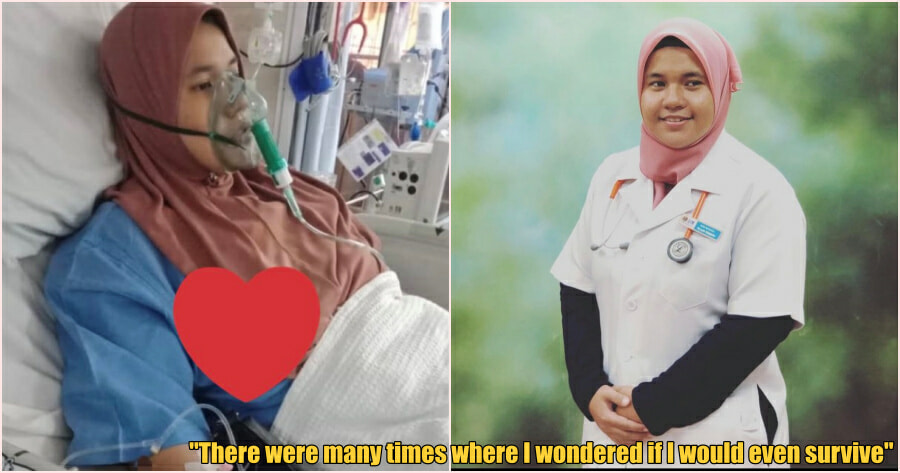 We’ve seen some inspiring stories from Malaysians who went on to achieve their dreams in the face of any obstacles that get in their way.

From a Malaysian who overcame a heart attack to become a global performer, to the story of our Paralympic medalist Chew Wei Lun.

Now, the story of a Malaysian who has achieved her dream of becoming a doctor has been gaining traction on social media as it has provided a much-needed source of inspiration for many Malaysians.

A Twitter post by Nur Shahira Ahmad Sofian explained the story behind her achievement and the hardships she had to endure in order to reach it.

The post reads, “Alhamdulillah, I am crying. Ever since I was a child I have had to be warded. After more than 40 times of being intubated and having gone into the ICU, Allah still loves me and gives me the opportunity to continue living.” 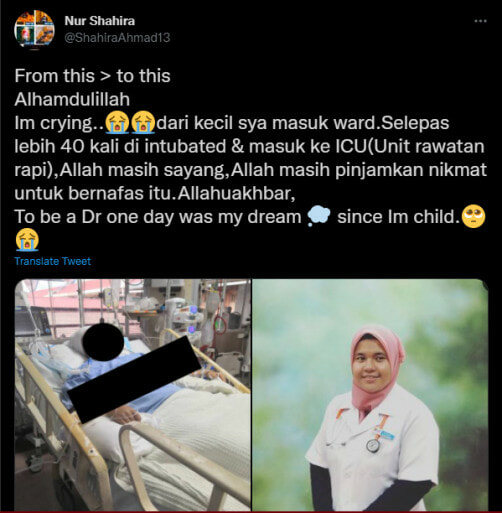 In her post, Shahira also featured two pictures of herself, one of her laying on a hospital bed and a recent picture of her donning a doctor’s outfit. 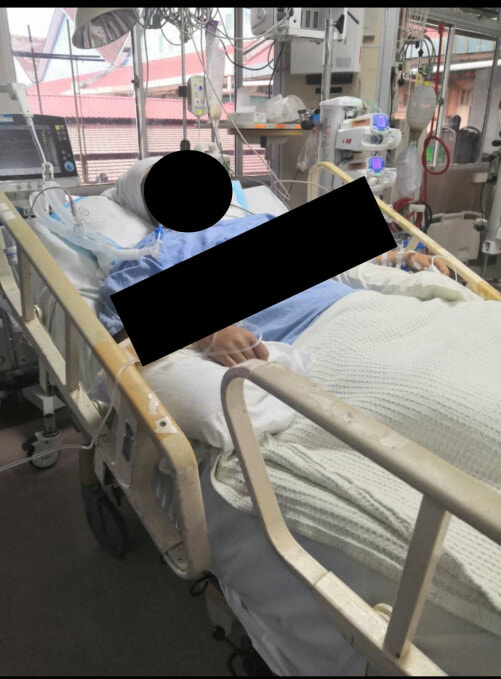 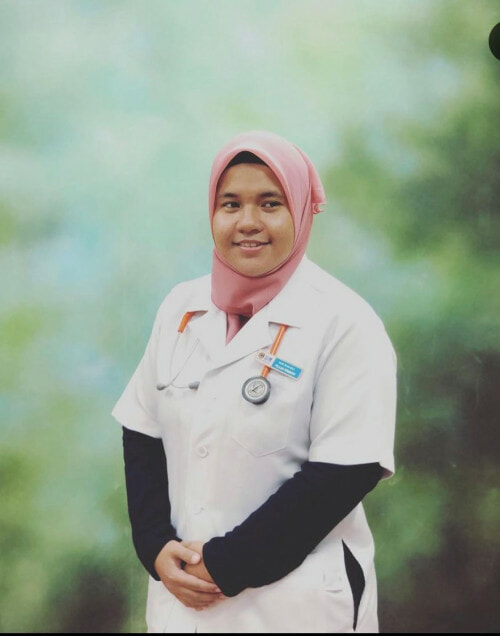 In a series of tweets, the 25-year-old who is currently in Kuantan retold the story behind her journey of living with chronic asthma.

“Today I wanted to share some good news. Alhamdulilah, I have passed the professional 2 exam and have completed my degree in medical science,” she wrote.

Shahira noted that the past five years have not been easy and have been full of tears, constant doubt and the feeling of uncertainty. “There were many times where I wondered if I would even survive,” she added. 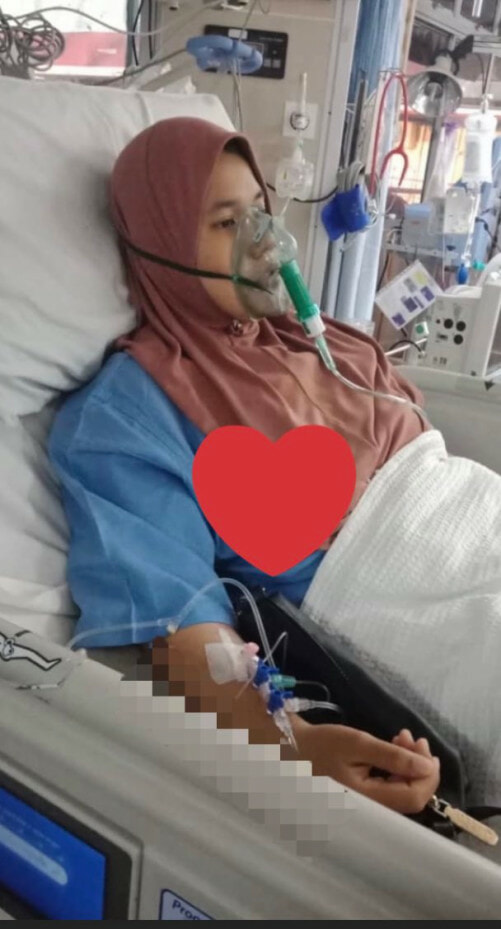 Touching on her medical condition, Shahira said that she had been ill ever since she was a child.

“Ever since I was five-years-old the hospital became my second home, and there were years where I was at the hospital even more than I was home.”

To make matters worse, Shahira said that she felt guilty as her mother had to often rush and split her time between taking care of her younger siblings whilst visiting her in hospital.

“From then on, I would be warded in hospital around four to six times every year and each time was for a period of two to three weeks. I was there so often that I became friends with the nurses and doctors who helped to inspire my dream of becoming one,” said Shahira.

In terms of schooling, Shahira said that it got to the point where her teachers would not recognise her and think that she is a new student as they had never seen her in school.

She had achieved excellent results in her studies

Despite the obstacles, Shahira said that she managed to achieve good SPM results and eventually went on to do matriculation. “I was then tested once again as I had to go to the ICU. This even resulted in me having to register for my matriculation slightly late.” 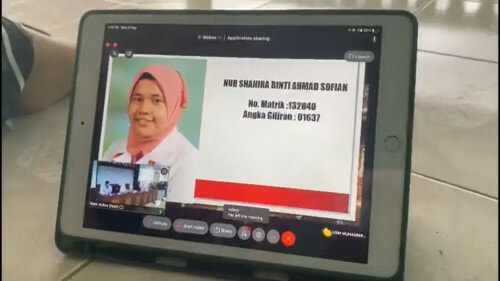 Impressively, Shahira managed to complete her matriculation with a four flat result. “I was then offered to pursue a medical science course. However I was hesitant at first as I wondered whether or not I was able to care for others since I was sick so often,” she said.

“Would people even want someone who is ill to be their doctor?”

Alas, I decided to proceed with it and that’s when my five-year journey as a medical student began. However, the battle remained difficult as she fell sick and got warded even during her orientation. “I became a regular visitor at the Emergency Department (ED) and the ICU from that point onwards.”

“Every time I entered the ICU, I would cry alone to make sure my mother does not see. It hurt whenever a tube entered me and I felt my chest fill up with phlegm and was barely able to breathe.”

There was even a time where she had just gotten discharged from the hospital and coincidentally met the doctor who attended to her just the night before, in her class.

“I still remember when the doctor said, ‘I told my medical officer, let’s do our best to save this girl as she might save someone’s life later’,” said Shahira.

The inspiration behind her dream of becoming a doctor

Shahira told WORLD OF BUZZ that her dream of becoming a doctor was a result of having constantly be surrounded by them during her childhood.

“Seeing how hard they try to save lives whilst making someone feel comfortable is really inspiring. I am ever so familiar with the feeling of hopelessness so I hope that I can inspire hope to someone, someday.”

Although she still needs to get monthly injections and treatments, she said that she plans to become a houseman in the hospital where she grew up. 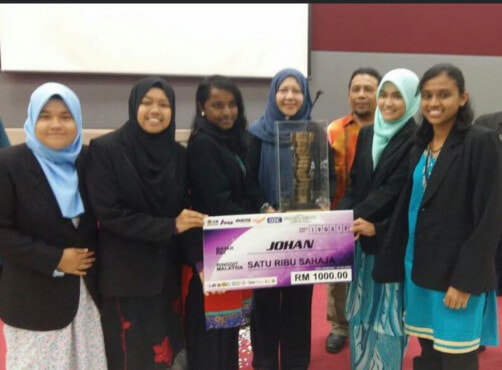 “Honestly I feel beyond happy and blessed as I believe that I have made my parents proud. I wouldn’t have been able to achieve this without the support of my parents, family and peers and am thankful for everything they’ve done,” she said.

“I hope my small achievement may give someone the spirit to achieve whatever dream they want and to make it seem possible.”

She urges Malaysians to never give up their dreams no matter how hard the situation is. “If you are tired, it’s okay to rest but always keep striving to achieve better.”

We would like to offer our heartiest congratulations to Dr Shahira. May her story inspire many more to achieve their dreams no matter the obstacle.

Also read: Chew Wei Lun Is A Paralympic Medalist, But Here’s What You Should Know About His Inspiring Journey 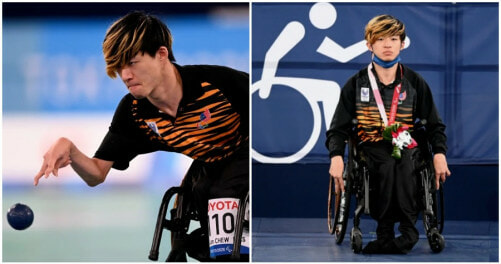