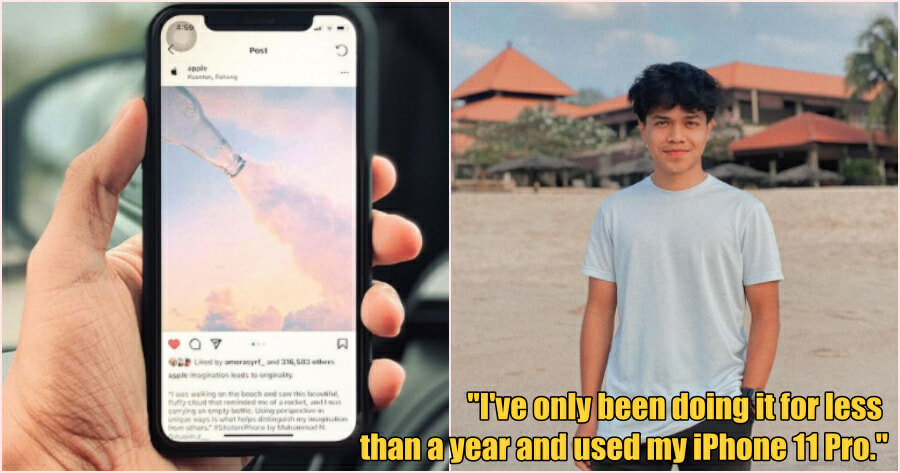 “Using perspective in unique ways is what helps distinguish my imagination from others.”

Malaysian artistes from all across the artistic spectrum have been making waves internationally with notable examples include Malaysian girl group DOLLA‘s appearance on New York’s iconic Times Square billboard, Socso’s song “Sifar” which recently won an international award at an international festival as well as a Malaysian who received a seal of approval by Microsoft over her use of Microsoft Excel to create art.

A recent addition to the list is Muhammad Nuaim from Pahang whose creative mobile pictures were featured on Apple’s Instagram account. The Malaysian was recognised by the international trillion-dollar company which reposted his collection of three creative photo compositions taken using an iPhone 11 Pro. 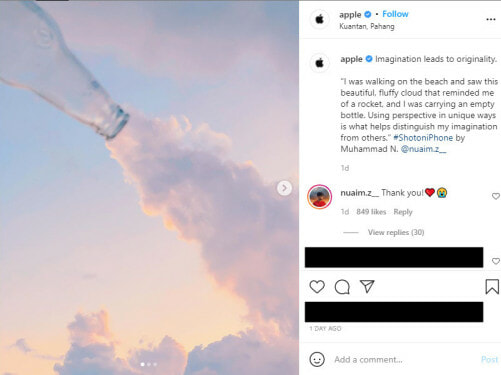 The post is titled “Imagination leads to originality” and featured a quote by Nuaim who explained his inspiration for the creative shot, “I was walking on the beach and saw this beautiful, fluffy cloud that reminded me of a rocket, and I was carrying an empty bottle. Using perspective in unique ways is what helps distinguish my imagination from others.”

It was well-received by locals and has garnered over 400,000 likes with plenty of Malaysians and international users flooding the comment section to show their appreciation for the creative pictures and for putting Pahang, Malaysia, on the map. 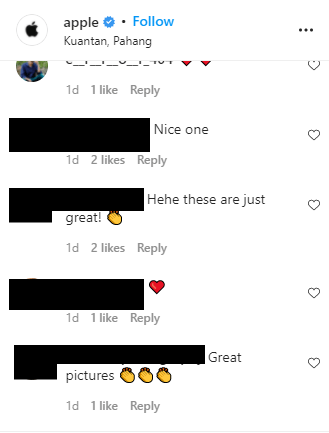 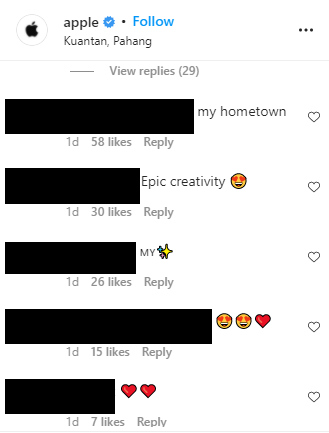 Speaking to WORLD OF BUZZ, Nuaim explained the backstory behind his hobby and the eventual Apple feature. The 20-year-old student based in Kuantan, Pahang said that mobile photography is his hobby and he was inspired to get into it after seeing many beautiful composites on Instagram.

“This made me want to try to take part in it.”

He added that he has been doing mobile photography for close to a year and it all began when he purchased an iPhone 11 Pro. “I do not sell my pictures, but I will publish some of my scenery shots on my Telegram channel for my followers to download and make it a wallpaper,” he mentioned.

Nuaim has also posted a story highlight and post on his Instagram which showcased the behind the scenes of one of his featured shots. 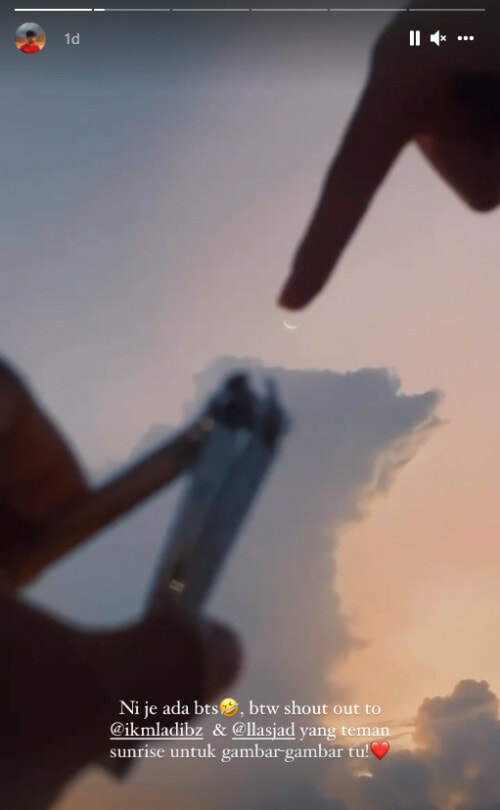 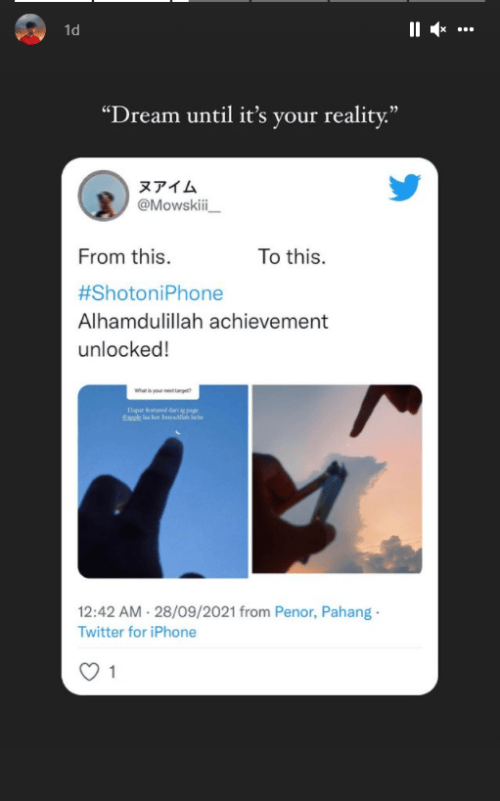 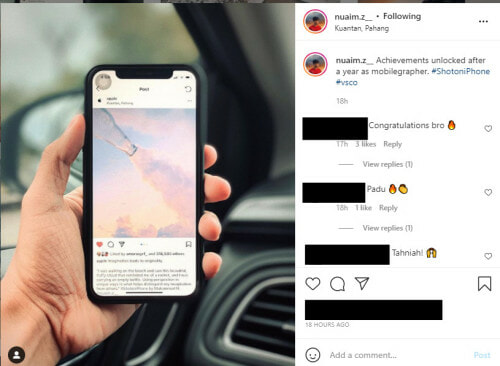 Upon finding out that Apple had featured his images, he said that he only found out through his friend who sent him the link to Apple’s post. “I was so shocked and happy because my dream has finally come true,” said Nuaim.

“I plan to travel around Malaysia and take more and more photos of Malaysia.”

We would like to express our congratulations to Nuaim and hope that more of our local mobile photographers gain international recognition. Apple has featured the works of mobile photographers from Terengganu, Perlis, and more other states in the past. Thanks to Nuaim, Pahang is now on the list.

Check out more of Nuaim’s work on his Instagram as well as his Telegram channel.