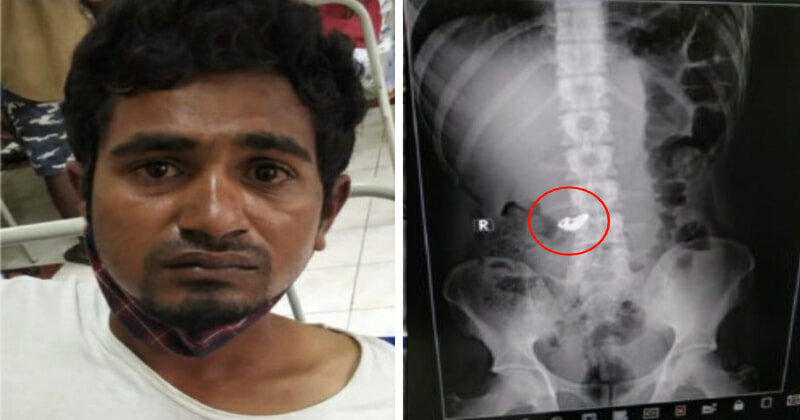 In one of the most bizarre snatch theft cases in the world, a thief in India was forced to eat bananas and laxatives after he swallowed a gold chain that he snatched from a woman in the Indian city of Bengaluru. As reported by news18, the man, 21-year-old Vijay Gunda Thali was caught on 21 August 2021 after locals rushed and beat him up after they noticed him committing the crime and trying to flee.

Vijay committed the crime with two other men, known simply as Sanjay and Prem who are still on the run. The three of them committed the snatch theft at MT street of Central Bengaluru at around 8.50pm. The victim, a woman named Hema held on tightly to her gold chain when the trio tried to snatch it which caused the nearby locals to notice the incident and subsequently rush in to help her. 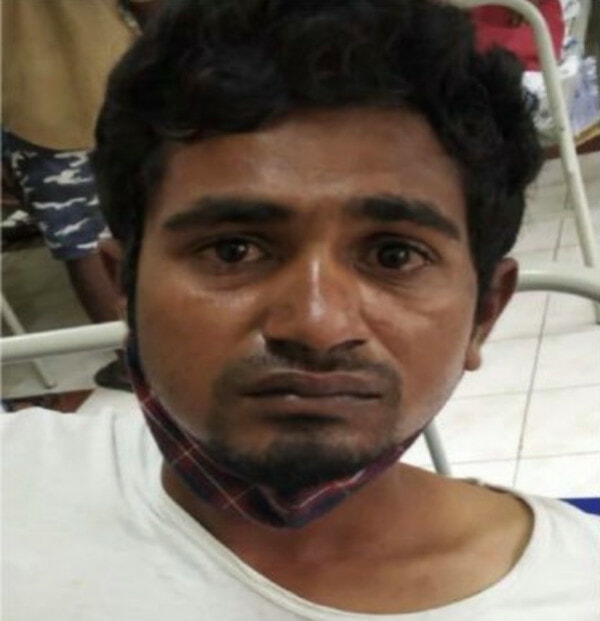 Vijay ultimately succeeded in snatching the 70-gram gold chain and tried to run away but was caught by the locals who beat him up. However, the gold chain was nowhere to be seen and as it turns out, Vijay had quietly swallowed it before getting caught.

The snatch thief was then brought to the police where the inspector on duty, BG Kumaraswamy sent him to a nearby hospital so that his injuries could be treated. There, the doctors conducted an X-Ray scan on Vijay and was shocked to find the gold chain in his stomach. 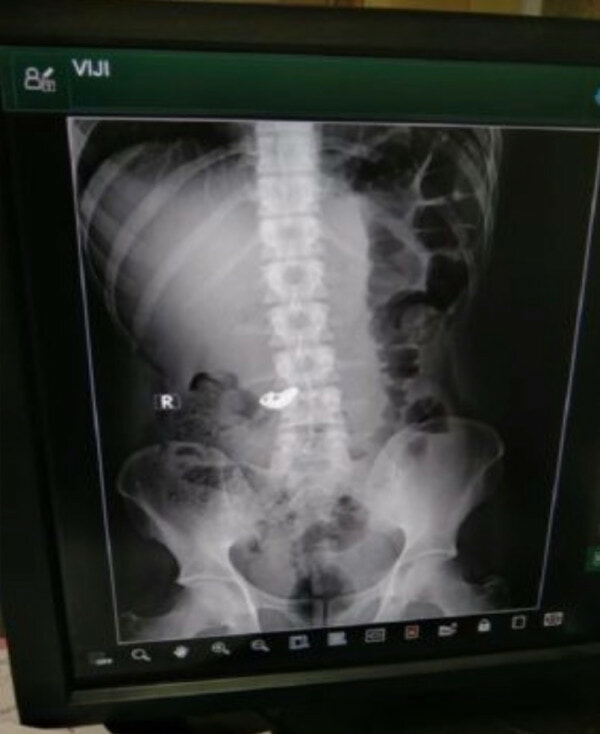 The x-ray scan of the perpetrator which revealed that he swallowed the gold chain.

Vijay then claimed that the item in the scan was not a gold chain but instead just a bone that he swallowed but the doctors and police officers were having none of it. The police then forced Vijay to eat bananas as to make him excrete the gold chain.

When that didn’t work, the doctors administered a laxative called Enema and Vijay ended up excreting gold. After the police retrieved the gold chain from his excrements, Vijay was duly arrested.

Also read: M’sian Explains Why He Let A Thief Get Away After Catching Him Stealing From His Warehouse 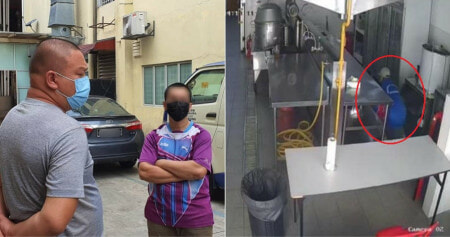