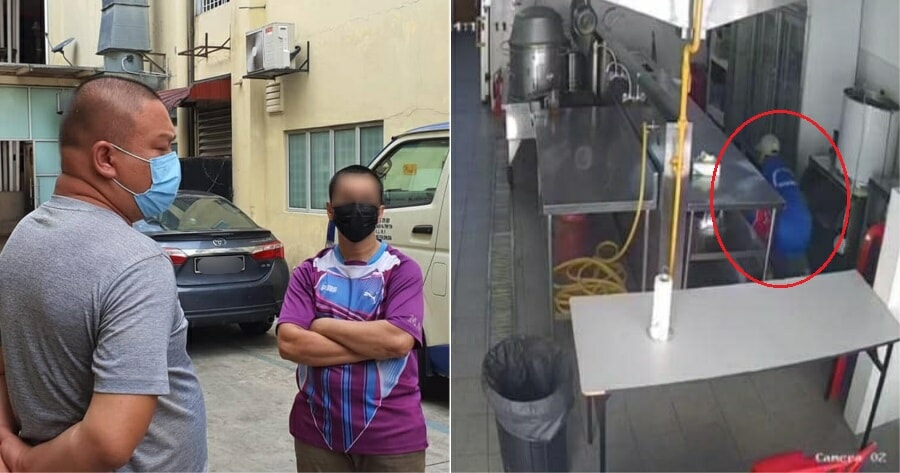 As we’re well into our second year of lockdowns, it’s become common knowledge that many people are struggling.

Many have lost their jobs to layoffs and their businesses to the lack of foot traffic, so much so that desperation has led them to commit crimes in order to stay afloat.

Restaurateur, Ernest Ong, took to his Facebook profile to showcase a thief his team had caught that was trying to steal from his warehouse. However, instead of bringing the thief to justice, they let him go! 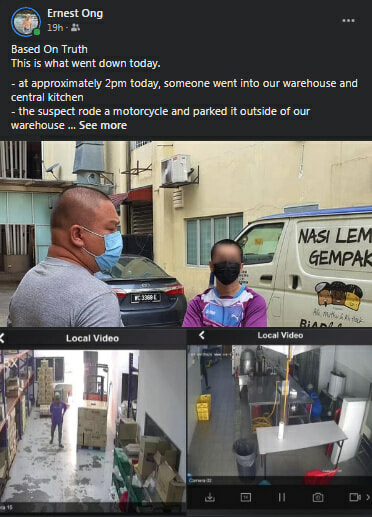 Made a run for it with staff’s valuables

He wrote, “At approximately 2pm today, someone went into our warehouse and central kitchen. The suspect rode a motorcycle and parked it outside of our warehouse. He managed to walk into our central kitchen in the midst of operation and take a bag belonging to our staff, with valuables inside.”

“Upon realising that one of our drivers saw him, he left his bike and set off on foot. Our driver gave him a chase on foot and the suspect threw the bag and the keys to his motorcycle while running.” 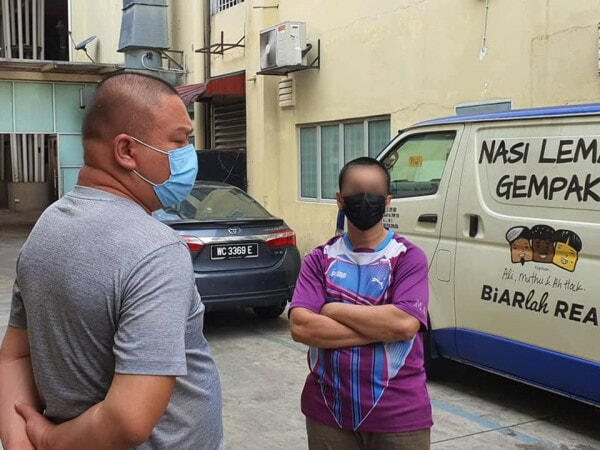 While the driver retrieved the staff member’s belongings and the thief’s keys, the thief later returned with his brother. 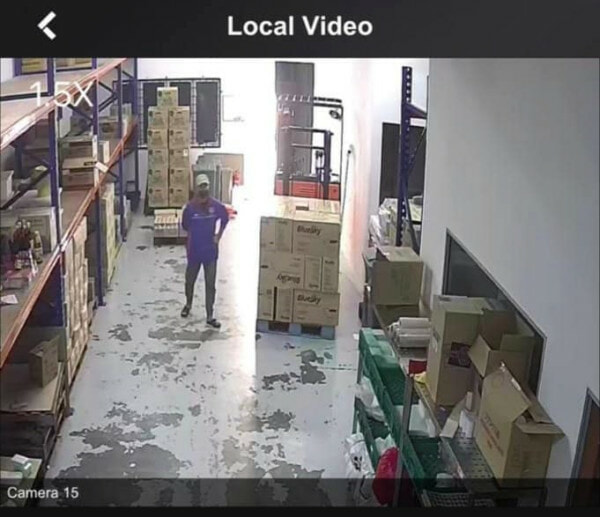 “One hour later, the suspect came back to the central kitchen to try and get his motorcycle back, with his brother. I told my staff to hold him while I rushed over. When I arrived, the brother was very apologetic and the suspect requested that we do not take the matter to the police,”

Jobless for six months with no money to feed his baby

“I then wanted to hear what he (the suspect) had to say. Apparently, he lives close by and has been jobless for six months. He has a baby and there is no more money for milk,” he added. 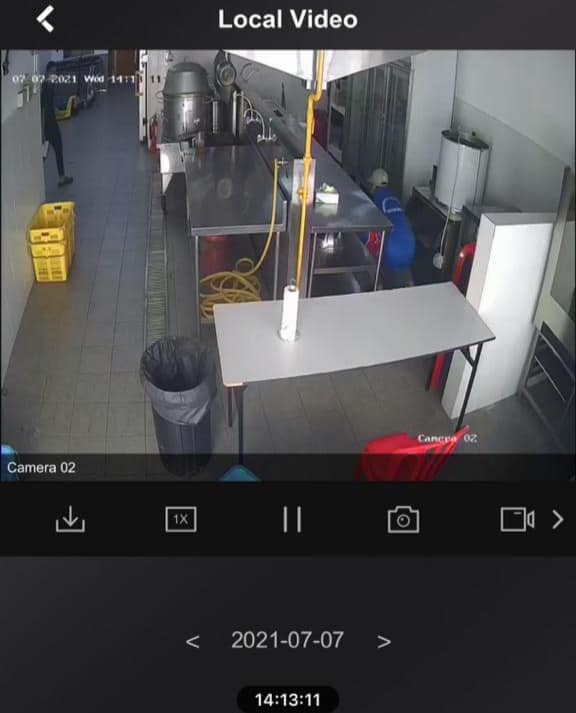 Upon confirming the suspect’s story with his brother, Ernest decided to let the man go, but not before giving him some advice.

“I gave the suspect a lecture before advising him to try and look for a job instead of stealing because one day, his luck will run out. I took down his particulars and let both of them go,”

“Here is the fact. Given the current situation, there will be more people that will start to become ‘desperate’. The government cannot continue to repeat the same damn thing again and again with no results. With the way things are going, ‘crime’ rates will go up. Once you let the genie out of the bottle, it is very difficult to put it back in,” he shared.

While it is understandable to feel desperate when you have people relying on you, especially young children, to put food on the table, stealing, or committing crimes in general, should never be an option.

Please do not feel ashamed to reach out for help as Malaysians are always ready to offer it. 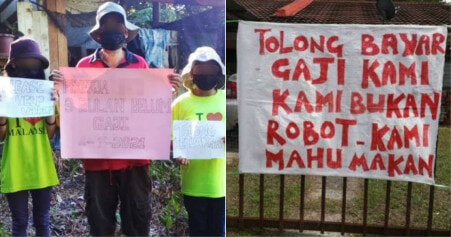