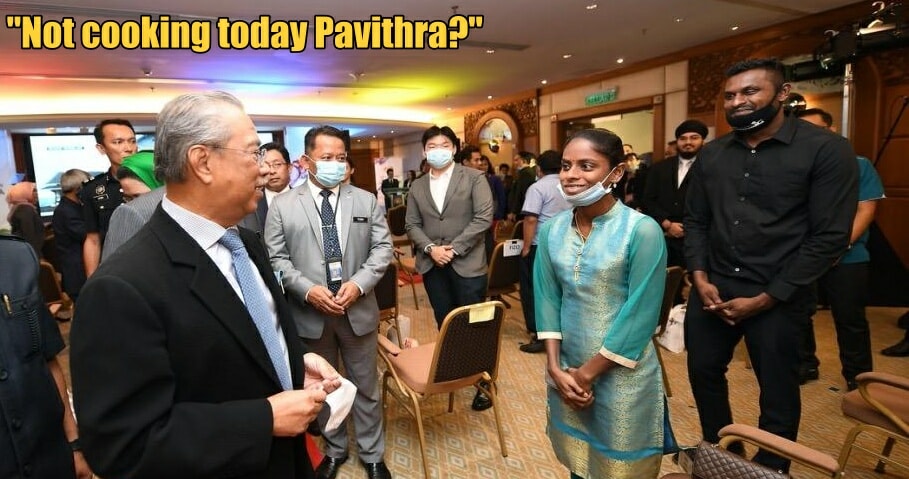 Who wouldn’t be tongue-tied when meeting a Prime Minister right?

Malaysian Youtuber couple, Sugu Pavithra, finally got the opportunity to meet Prime Minister Tan Sri Muhyiddin Yassin for the first time in person today (9 July) but were rendered speechless when he asked a simple question.

According to Bernama, when the Prime Minister had asked the Youtuber “Not cooking today Pavithra?”, she was all jitters and went speechless for the moment.

“When he asked if I had anything to eat. I was at a loss for words and only managed to reply ah, ah yes…,” said Pavithra, in the report. 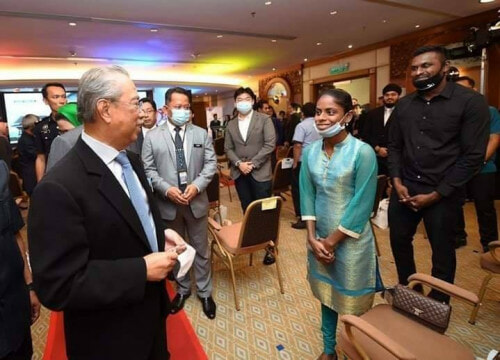 The couple had received a special invitation to the launch of the 50th anniversary of Rukun Negara in Putrajaya today, where they met the Prime Minister.

The couple said, “The Rukun Negara is the foundation to strengthen unity.”

Pavithra also added that “The principles of the Rukun Negara are also being taught in schools, but at home, I will try to inculcate the values in my children.”

Sugu Pavithra are a young couple from Sungai Siput, Perak that had gained popularity through their cooking videos on Youtube. The couple is well-known for speaking fluent Malay in their videos and sharing a glimpse into their humble lives while also sharing simple recipes.