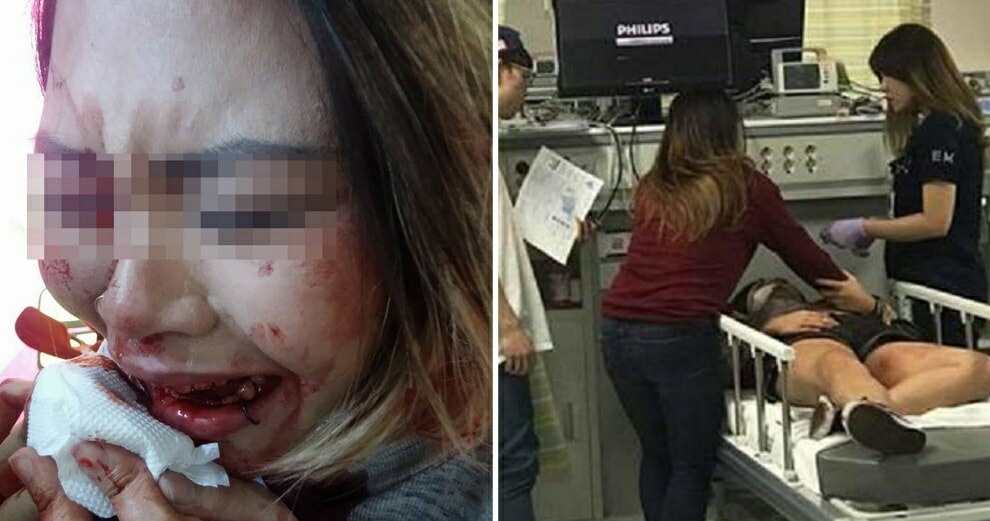 The last thing anyone wants while going to a club for a fun night is to be horribly assaulted and injured!

Over the past weekend, the story of a young Indonesian student being senselessly beaten up by a club bouncer in Busan, South Korea enraged netizens from all over the world when it surfaced on social media.

According to the victim’s friend, Joshua, who wrote a viral Facebook post explaining the incident, 21-year-old Jessica Setia went to the club along with him and a group of other Indonesian friends. They were waiting at the entrance to get their identification cards checked by the bouncers before being allowed entry. 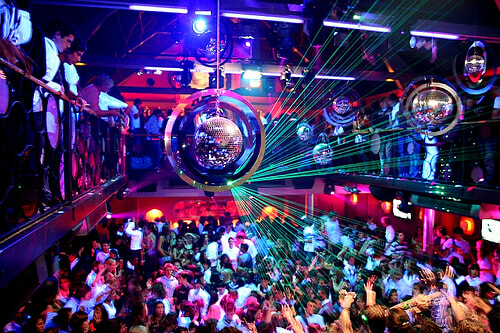 “When we got to the front to get our IDs checked, Gabrielle (Joshua’s friend) was talking to me and the bouncer got irritated by this and threw her ID card on the floor. As she was picking it up she asked him in Korean if he knew that he was being rude, and he then indicated her to his friend and said ‘씨발‘ (the Korean equivalent of the F-word).”

“She heard him and incredulously repeated what he said and then he shouted at her to get out (in Korean) and started man handling her. He was pushing Gabrielle, then we both nearly fell down the stairs. We all started shouting at him and then one of her friends (Jessica) got involved and pushed him away because he was pushing Gabrielle.”

The bouncer then began punching Jessica in the mouth several times, prompting Joshua to quickly get in between the two of them to protect her. By then, however, Jessica was already bleeding a lot. 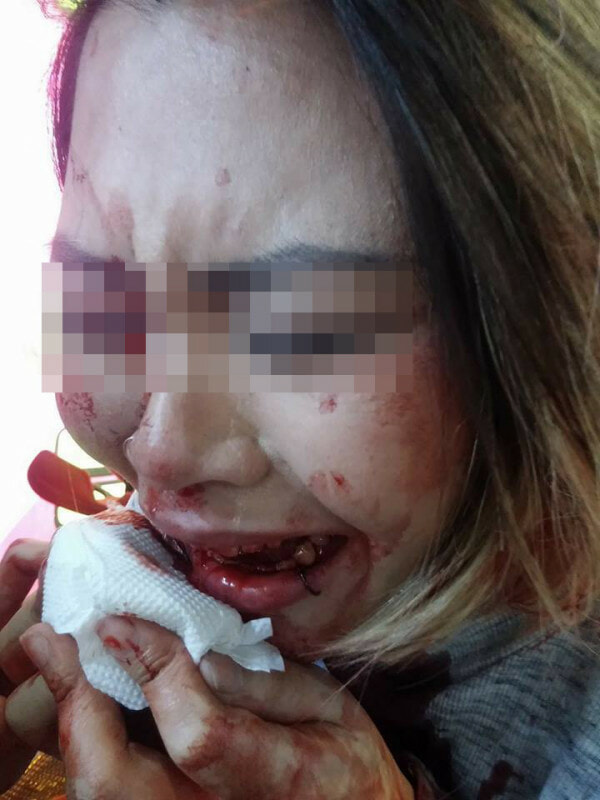 “His punches tore up her lip immediately and blood began gushing everywhere, most of her friends (and me) were covered in her blood. We looked like we had been attacked because there were blood stains all over our clothes. We eventually got her downstairs and called the police on my phone and they thankfully arrived quickly.”

“The poor girl was shrieking from the injustice and the pain. The policemen went upstairs and took the man into custody but most of the people there are not hopeful that she will get justice because,

Joshua was also very angry that the bouncer’s friend was laughing while they gave their statement to the police, showing no remorse over what had happened.

Jessica was then brought to a hospital to treat her injuries and had to undergo a CT scan to make sure there was no other damage from the brutal assault. 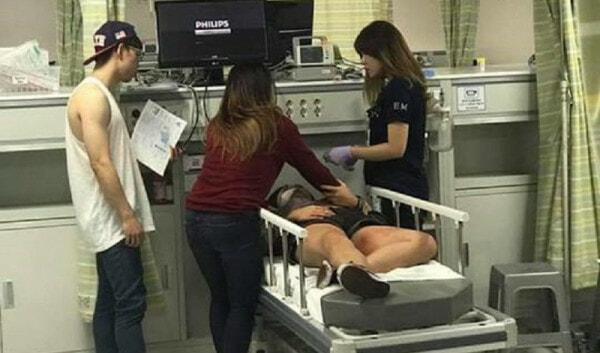 Understandably, Joshua was outraged that something like this had happened, blaming society’s outdated perceptions of women and race. His post read,

“This idea [that women are seen as inferior to men] is endemic in many societies (especially in Korea). This altercation happened because within this way of thinking, if a woman doesn’t follow protocols and by doing so disrespects a man then she needs to be checked and punished.”

“All Gabrielle did was not focus on the man as he was checking her card. I have done this so many times and no one ever threw my card on the floor. I am a male and thus I am seen as more of an equal. So I cannot embarrass a man’s ego as much as a woman can.”

He also added that he was a white man and admitted that he gets better treatment because of his race, while his Indonesian friends are treated as inferior beings. He cited not getting beaten up by the bouncer as proof of this.

“Had it been a Korean woman, or a white woman, then I am sure this would not have escalated as quickly as it had.” 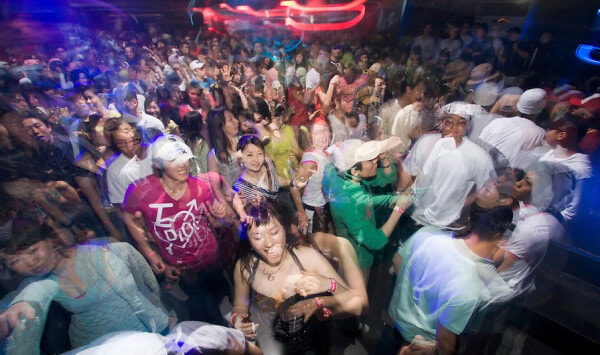 Jessica told the Korea Herald that she knew this horrific incident transpired because of racism, saying, “They let my friends, who hold Korean nationality, in easily. And when it comes to me and my Indonesian friend, he made it difficult (for us to enter the club).”

“I am used to people looking down on Indonesians. I thought that he did not like foreigners so he might have been rude to us especially because we were not white Caucasians.”

Meanwhile, the club expressed that they do not discriminate people based on race, telling the daily,

“Our club checks identities of all customers, regardless of their ethnicities, through the same procedure. There is no racial discrimination at all.”

The club’s statement also blamed Jessica for starting the altercation, saying that she was cursing and shaking her fist at the bouncer, causing him to punch her in defense.

Local police stated that the bouncer claimed it was a “two-way” assault, citing a swelling on the left side of his cheek as potential evidence.

It seems that many comments on Joshua’s Facebook post showed support for Jessica, with many foreign students and expats saying that they have also faced similar forms of discrimination in South Korea.

We hope that appropriate action will be taken by the authorities to make sure nothing like this happens again!

Also read: Chinese Lady Severely Beaten Up And Cut In The Face, Police Accused Of Covering Up Attack 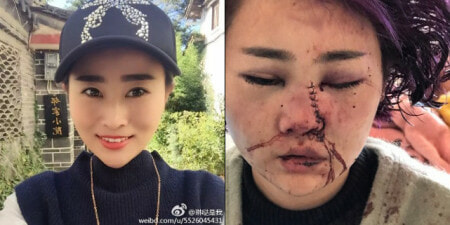