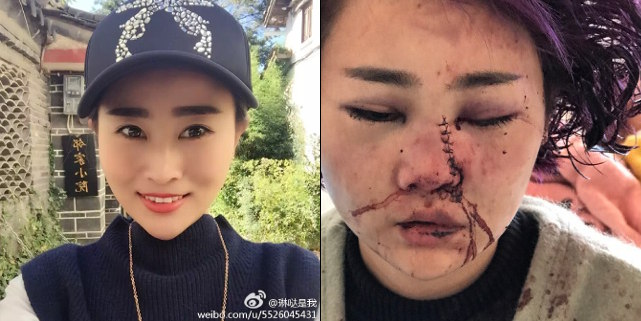 Days ago, shocking pictures of a woman who has been brutally assaulted and injured surfaced on Weibo. The pictures show the Chinese woman with an extremely swollen face covered in blood, with a pair of bruised eyes and a long gash running down her nose which required 6 stitches. 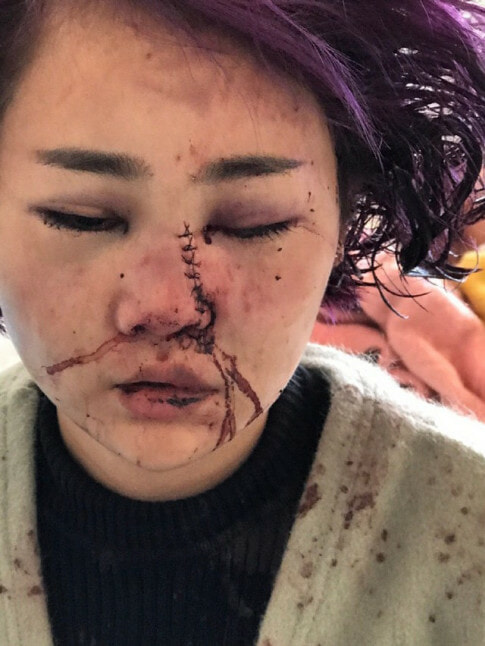 However, the worst is yet to come. The Chinese netizens are outraged and upset after learning about the severe lack of response from the local authority on the gruesome attack.

The victim, who’s surname is Dong, took it to the internet and described thoroughly how she and her friend were attacked by a dozen of drunk men inside a barbecue shop in the town of Lijiang in Yunnan province. 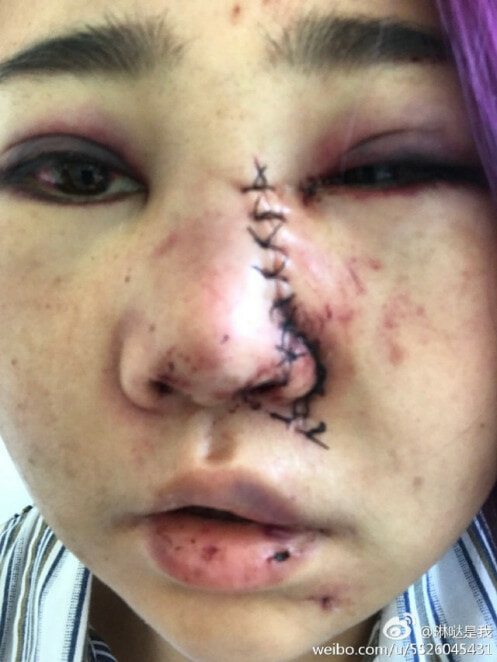 She was initially hit on the back of her head with a beer bottle, and then beaten up by several men. She was then dragged to the middle of the street where one of the drunk men used a broken shard from the bottle to cut open her face, telling her that he wanted to scar her for life.

Dong said that the entire attack was recorded by one of the men. However, despite the attack occurring in public, no one stepped in to stop the attack.

They then took away the victims phone and told them to inform the police that it was all an ‘accident.’ The thugs also emphasised that they have a good connection with the authority, which explains the lack of investigation on the part of the police.

As the police are reluctant to investigate the case, Dong took to the internet to recount her horrible and traumatising experience in hopes that she would get the justice she deserves.

Just a few days after her post went viral, the Lijiang Public Security Bureau responded that a special task force has been assembled for the case and six suspects have already been arrested. 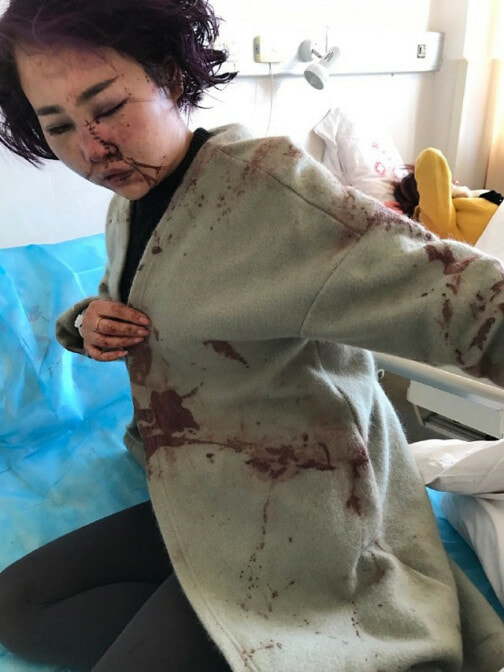 While the authority acknowledged that the attack happened, they described the second victim’s injury as ‘mild’, garnering the anger of the Chinese netizens. The netizens have since criticized the authority, accusing them of incompetence and corrupted, even going as far as covering up the crime.