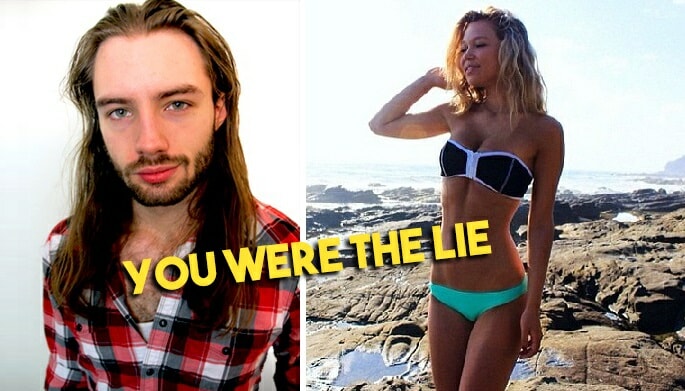 Essena O’Neill became an internet sensation for the past few weeks after she confessed that despite being popular on social media and having a huge follower count, she was actually unhappy in life.

Although she had over 580,000 followers on instagram, the 18 year old felt as if her life was a lie and deleted over 2000 of her instagram and renamed her account to “Social Media is Not Real Life”. She edited her picture captions to behind-the-scene truths.

Many complimented her for speaking up about social media’s delusional world. However, social media CEO of Rise9 Zack James thought otherwise.

In a recent Facebook post, Zack says that social media isn’t a lie, it’s only a lie for whoever chooses to live by it.

He mentions that, “Social Media can be whatever the user desires it to be. Allowing yourself to become pressured into a false life that you’re uncomfortable with is the result of your own actions and intent. The inability to define yourself, your life, your own sense of confidence comes from a lack of trying to understand yourself.

He added that the former instagram model who made $2000 per post yet was unhappy of her fake life was only her own undoing. She only had herself to blame for the choice she has made.

Zack acknowledged O’neill’s change for the better by quitting social media. However, he said she should be owning up to her own responsibilities instead of blaming social media.

“Blaming social media, calling it a lie, further shows your lack of attempt to understand yourself. Yes, deleting your Social Media is a step in the right direction. Disowning personal responsibility for your own happiness and shifting the blame is a step backwards.”