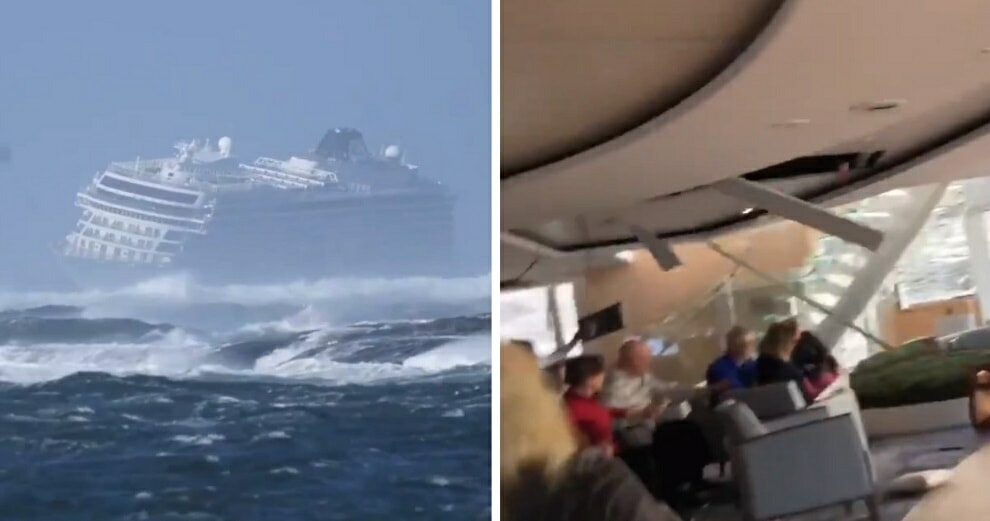 Over the weekend, a Norwegian cruise ship called the Viking Sky was thrown into chaos after its engines failed during its journey from Tromso to Stavanger.

According to BBC News, the cruise ship’s engines failed when it began hitting rough waters during a heavy storm on Saturday (23rd March). All 1,373 people on board feared for their lives as the ship rolled about continuously due to the harsh weather. A distress signal was soon sent out once it began drifting towards land.

Shocking videos of the ordeal soon began to surface on social media, garnering thousands of shares from concerned netizens. Passengers can be seen clinging on to beams for balance as the ship reels from side to side. Furniture can be seen sliding from one side of the room to the other, while even tiles begin to fall from the ceiling, landing on some passengers’ heads.

Footage of the ship navigating the harsh waters also surfaced online, showing just how intense the situation was.

100 meters from a major disaster.
After a total blackout, #VikingSky was drifting in a storm for 30 minutes before the anchors finally set 100 meters from shore, and then the crew managed to start one of the engines. @lookner pic.twitter.com/Drn3XAAC5c

It was reported that 500 passengers were airlifted from the cruise ship, while three of the ship’s four ships were successfully restarted before finally docking at Molde, Norway on Sunday (24th March).

According to the New York Post, 20 of the 1,373 passengers and crew suffered injuries during the ordeal and are all currently receiving medical care in Norway. The Red Cross also told the New York Times that some of the rescued passengers suffered broken bones and cuts, saying,

“Many are also traumatised by what they have experienced, and need to be taken care of when they land.”

Well, we’re glad that the ship was able to safely dock and that nothing serious happened! 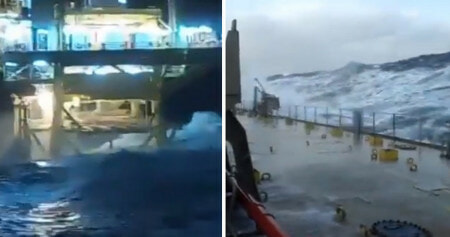