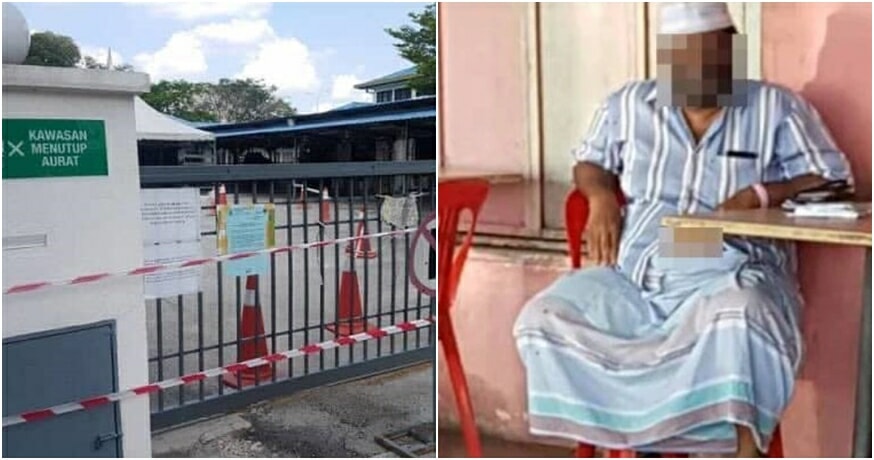 In the latest update concerning the spread of the highly contagious Sivagangga cluster in Malaysia, it has been announced that a religious school and a surau in Shah Alam has been shut down by the Selangor Islamic Religious Department (JAIS) yesterday (7th August 2020) after an individual was found to have been in close contact with a member of the cluster. 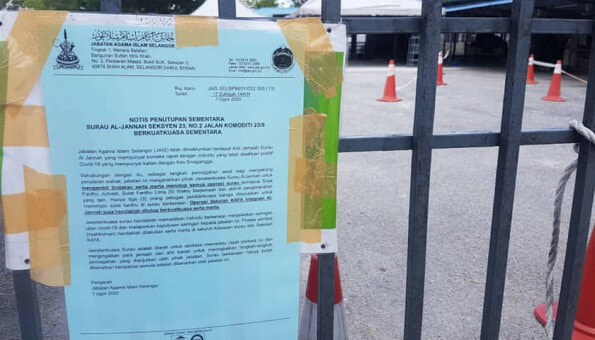 The surau has been shut down by JAIS until further notice.

The decision was made in order to curb the spread of the virus within the local community, with the surau and the religious school now undergoing mandatory sanitisation procedures. In addition, the surau, Surau Al-Jannah, will also be forbidden to hold any religious services including Friday prayers for the time being, reports Malay Mail.

At this point in time, authorities as well as the surau‘s own committee have been instructed to keep a close watch over the situation.

“The surau‘s committee has been instructed to ensure that the individual who has had close contact with the Sivagangga cluster is tested for Covid-19, with their results reported directly to JAIS.” said Mohd Shahzihan Ahmad, director of the organisation. 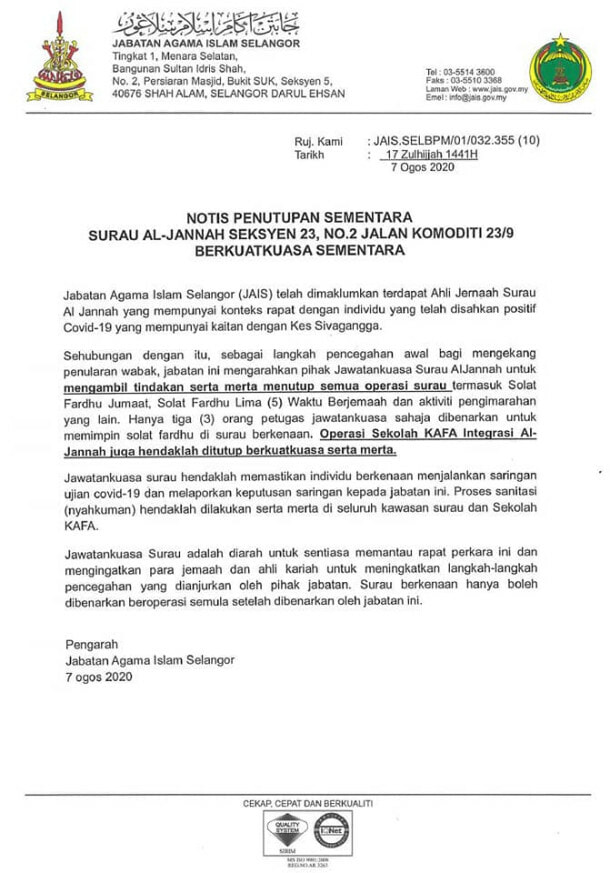 A statement has been released by JAIS over the matter.

As of yesterday, 43 cases have been linked to the Sivagangga cluster in Malaysia, alongside the 12 that were reported during Dr Noor Hisham Abdullah’s conference. The cluster originated from a restaurant owner who had returned to Malaysia from India on 13th July 2020 and is suspected to be a super-spreader by health authorities. 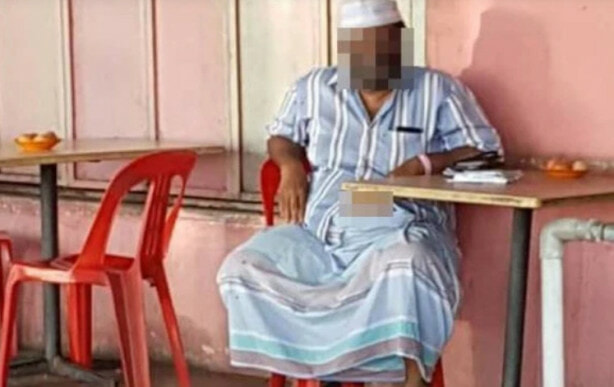 The cluster is traced back to the owner of a nasi kandar restaurant in Kedah.

The Sivagangga cluster has since caught much media attention after photos of the restaurant owner who flouted home quarantine rules were shared widely across social media. He has since been detained by the police.

So if you are reading this, don’t forget to take all the necessary precautions and practice all the SOPs as mandated by the Ministry of Health to keep both you and your loved ones safe!