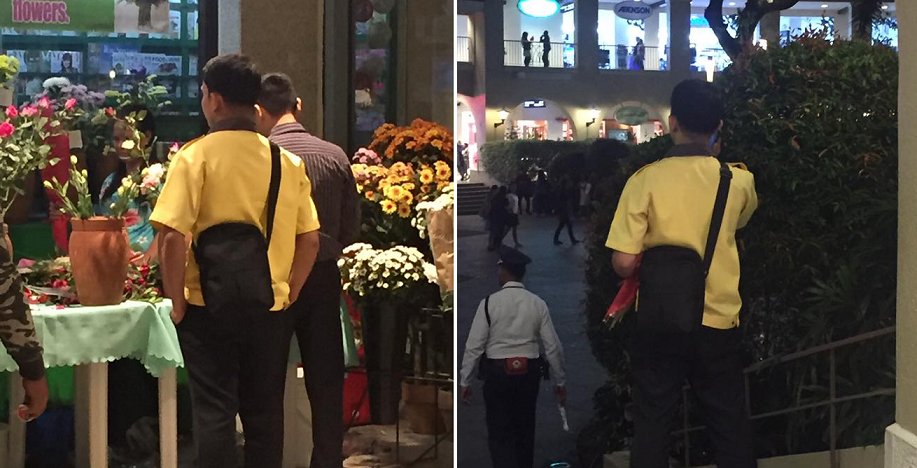 On Valentine’s Day, a young lady, Giulia from the Philippines witnessed a heart-wrenching situation which revealed the ugly side of the world we live in.

She decided to share her heartfelt observation on Facebook which quickly garnered over 25,000 shares in just 2 days.

“This is my post for Valentine’s Day. I saw this man, a Wilcon salesman in particular, standing before a flower stall trying to look for the most affordable flowers that suits his budget.” 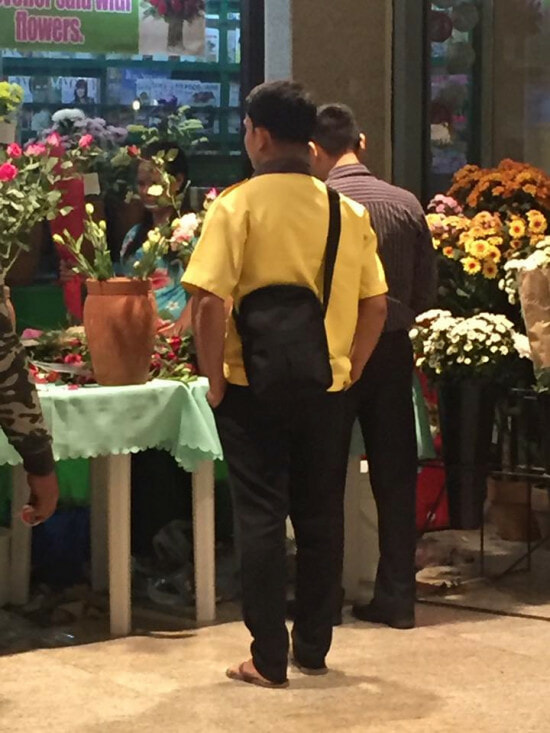 “The lady offered him 4 withered roses at the price of 100 pesos (RM8.90). He looked at them for a while as if he was thinking whether he has enough money in his pocket to purchase the flower.”

“That happened for a good 3 minutes before he finally decided to take the offer.”

“The lady wrapped the withered roses at the back of the counter and served him last [after all the other customers left]. He stood there waiting patiently [as the florist attended to other customers].”

Seeing that, she was overwhelmed by emotions.

“Firstly, I was disappointed that they offered him ready-to-dispose flowers and still charged them at a 100 pesos.”

“Why can’t the florist offer him a fresh batch of roses?”

“And why can’t the florist forget about doing business for a moment and earn 100 pesos less from a man who’s trying very hard to make his other half feel special like every other guy is doing today?” 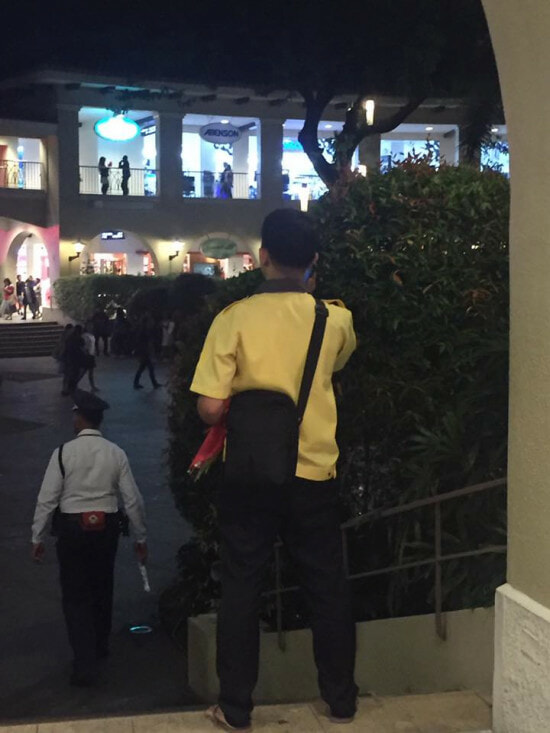 “The fact that he was served last showed that a man in uniform like him doesn’t deserved the equal respect received by other customers dressing in Polo shirts.”

“I admired the man a lot. I wonder how many times he has felt so low like now?”

“It makes me think about the unequal treatment of people in our society. The idea of money is more important than anything and everything has separated us into different social class.”

“He only paid 100 pesos for flowers while others may have paid 4000 pesos for similar roses.”

“But that 100 pesos of him could have been used for his bus ride, jeepney ride and pay for a meal.”

“It got me thinking about what people with so little would go through for their loved ones over jacked-up roses during a money-making scheme day like Valentine’s Day.”

“This simple gesture of a stranger reminds me to appreciate the small deeds people do for us and the small blessings in life.”

“These stories happen everyday, not just on Valentine’s Day. You just have to open your eyes.”

This story puts in the perspective that, ‘What you receive from the person may not be much, but it may be everything that the person has’.

Later it was reported that the man didn’t have to pay 100 pesos (RM8.90) and the flowers were given for free. It does have a sweet ending after all!

Of course, this story reminds us to never take things for granted. Be it things from family, friends and loved ones, however big or small.

Also read: Girl Sold Noodles To Care for Poor Family, Marries Boy Only To Realize He Is Actually..