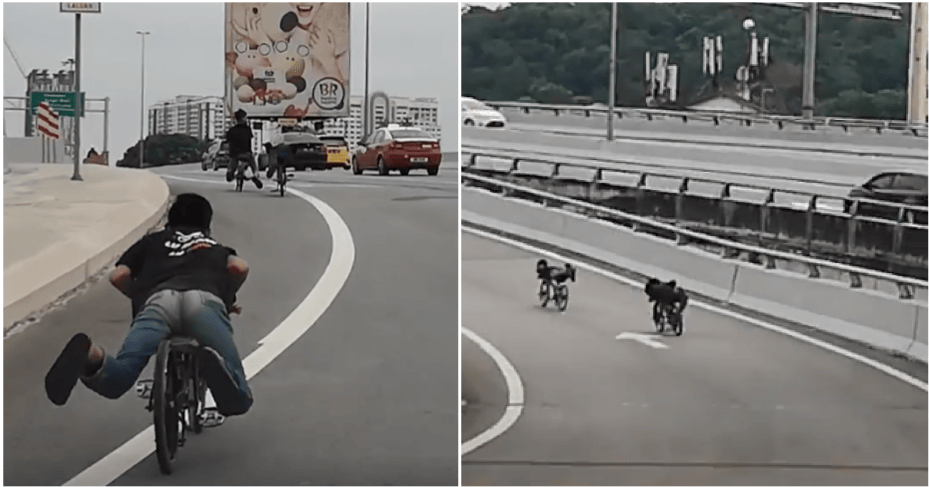 Rempits have somehow managed to sew themselves into the fabric of Malaysian society and its imagination.

They are notoriously known for their reckless motorcycle riding and being involved in other ‘social ills’. Sadly, some Malaysian kids have adopted the rempit lifestyle and have been riding their modified bicycles dangerously after much influence.

The problem is, now they’re doing it in broad daylight on a major highway. 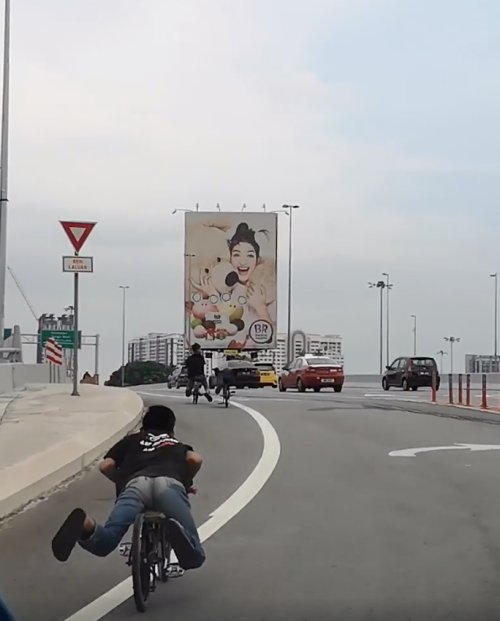 In videos posted by Julie Lau Bautista on 8 July, the kids were not only seen riding in the middle of the highway — but they were also riding it “Superman” — which is usually the case when it comes to riding the basikal lajak (modified bikes). 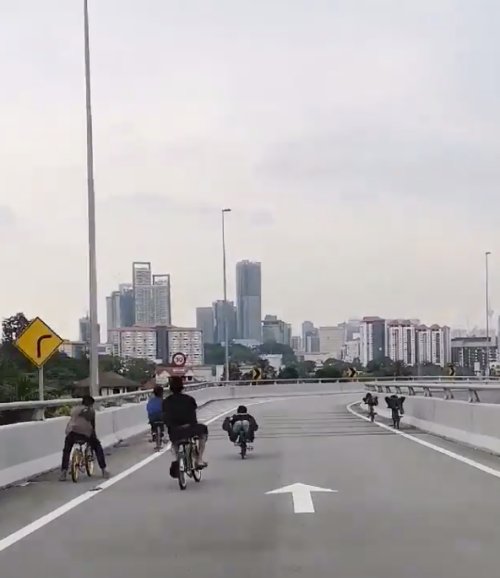 Julie was driving down the highway is located somewhere between the intersection of Kerinchi to Kuala Lumpur when she saw 6 of mini-rempits riding without wearing any protective gear. 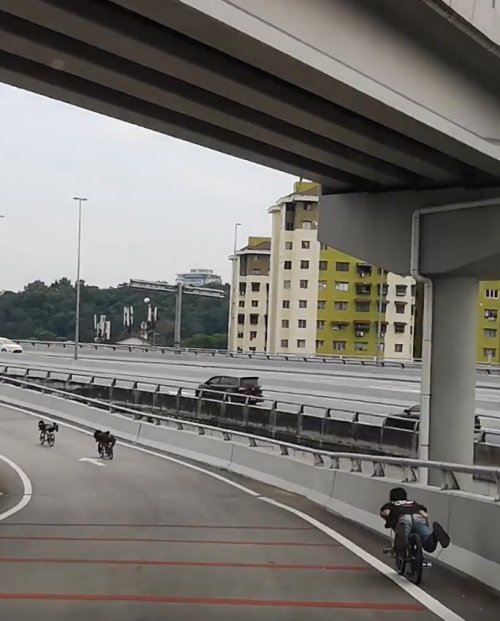 Netizens have requested the authorities to take action on the matter. Some comment that if the kids get hit by the cars there, the parents would surely blame the drivers and not themselves for letting their kids get involved in such activities in the first place.

Rempit kids are not something new. We recently reported about a group of kids almost getting killed after they ran a red light while riding their bicycle. Bit by bit, they are getting braver, challenging the rules and regulations as they strive to set a standard for their rempit-ness.

We even found a YouTube channel celebrating kid rempits and their many mischiefs.

What do you think of the kids these days? 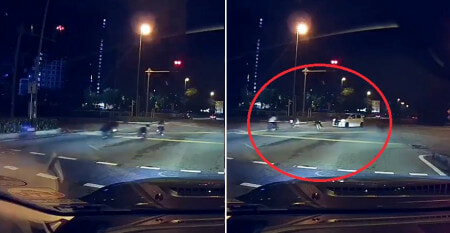