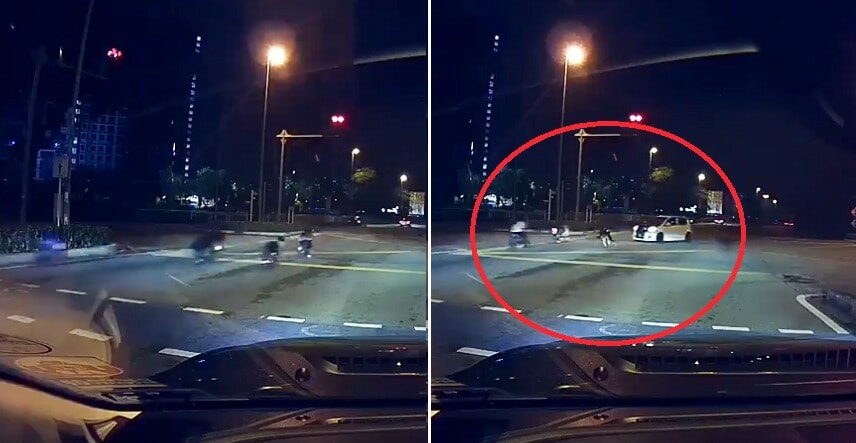 One of the really bad social problems we have in Malaysia is the “rempits”. They are a huge nuisance because they not only pose a danger to their own lives, but other innocent people on the road too. FYI, these “rempit kids” (who are really young btw) would ride on altered bicycles also known as “mosquito bikes” since they can’t ride motorcycles.

Mind we remind everyone about the huge case that shook that nation? When a 22-year-old lady crashed and killed several cyclists who were riding in the middle of a highway past midnight!

Well, a video on Twitter has now gone viral, showcasing a group of cyclists deliberately running a red light, a decision that almost cost them their lives.

The video, posted by MyWatch (@My_CrimeWatch), was taken from a dashboard camera of a car waiting at the red light.

Caption: If the kids (on the bicycles) were hit & this video didn’t exist, netizens would have blamed the Myvi.

As the video shows, the cyclists zoomed past the red light at top speed, without so much as slowing down or stopping to see if there were other vehicles on the road. The Myvi, coming from the opposite direction turned into a junction at the traffic light, missing the cyclists by mere inches.

This comment goes, “I apologise if my words are harsh, but I’ve quite a few times seen with my own eyes how reckless these bicycle gangs are, I believe they will only learn their lesson when they get into an accident.”

These bicycles are not exactly like the bikes we own at home. These ‘Lajak’ bicycles are different in the sense that they are lowered, their handle bars are smaller and have no safety features such as brakes. Yes, NO BRAKES! 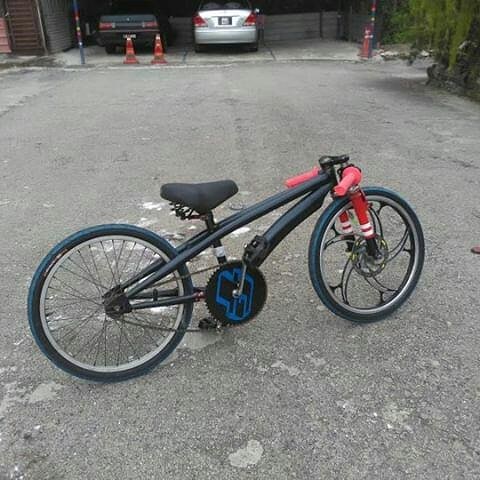 ‘Lajak’ cyclists often times start off at the top of a hill, using gravity and aerodynamics to help them go as fast as they can. And yes, this is super reckless!

Let’s hope the authorities do something about these bicycles and their riders before somebody gets hurt, or worse.