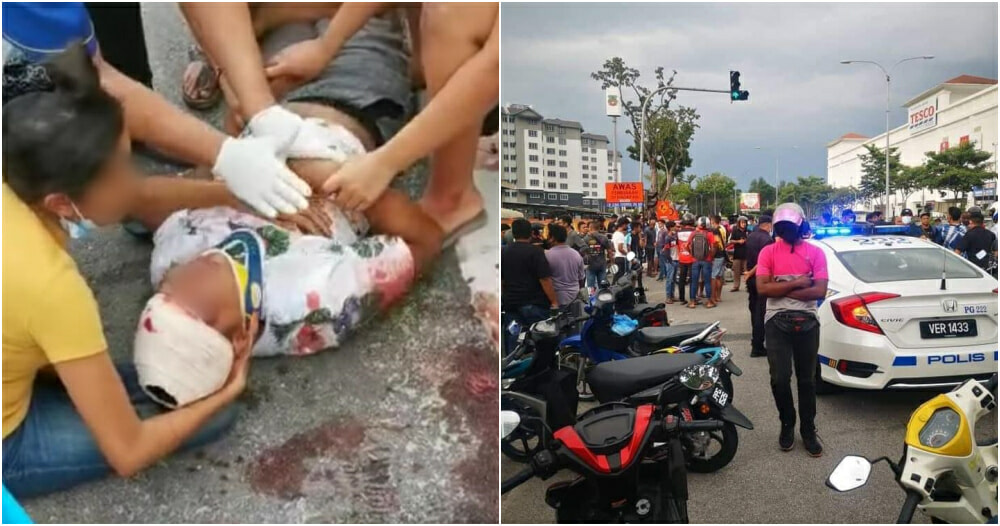 Last Sunday, 17 January, videos and pictures of two teenage boys on a motorcycle involved in an accident circulated all over social media.

In those posts, it was claimed that the two teenage boys were severely injured after a policeman kicked their motorcycle causing them to fall down onto the road.

Based on the video, residents in the area were seen outraged while claiming that the policeman was the reason why the two boys were injured while others offered a helping hand to the boys by assisting in helping the medical team. 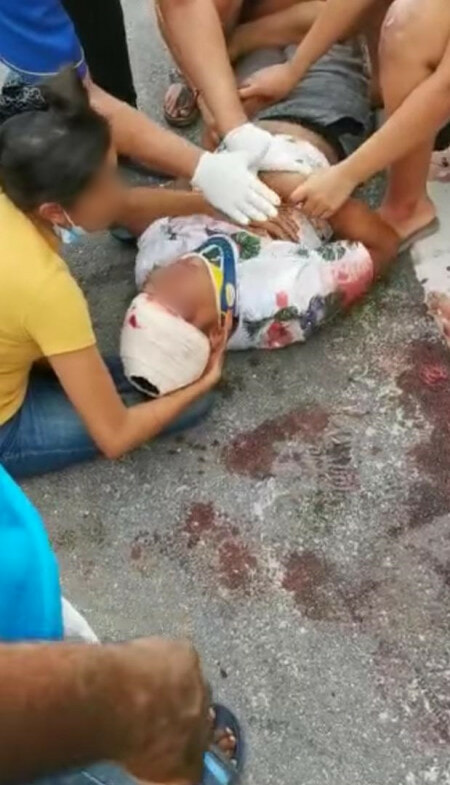 A police report was since lodged by a policeman himself who claimed that the teenager was speeding and even rode past a red traffic light when he was ordered to stop. But, the teenager then collided with a car.

The policeman explained that he had to make the report as they were worried when they were suddenly surrounded by residents in the area who were also throwing abusive words at them. 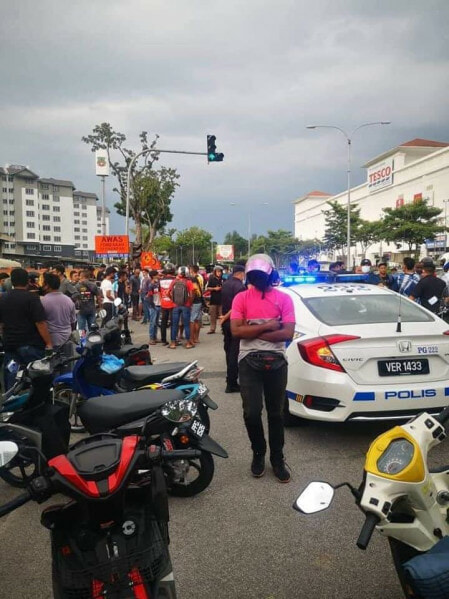 He explained that the members involved first saw two teenagers riding their motorcycle without wearing helmets.

“The members ordered them to stop the motorcycle, but both of them disobeyed and tried to make a run for it,” he said.

“They did not stop the motorcycle while at a red traffic light and collided with a car driven by a man from the direction of Georgetown towards Tanjung Bunga,” he explained.

Soffian said this caused the collision to have happened which resulted in the two teenagers being injured. He also said the driver of the car was not injured, but his car was damaged in the front. 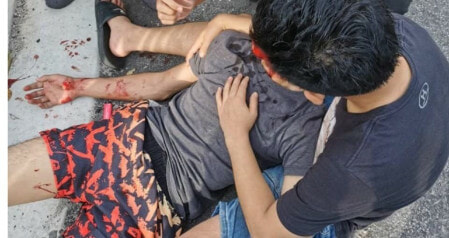 “In this regard, the police urge the public not to spread inaccurate information regarding the incident so confusing,” he warned the public.

“Investigations are still ongoing and people with information can come to the nearest police station or contact the Investigation and Traffic Enforcement Division of the North East IPD at 010-9771517. The case is being investigated under Section 43 (1) of the Road Transport Act 1987,” he said.

Also Read: 57yo Driver Beaten Up By Road Users With Helmet For Causing Fatal Accident In Sungai Petani 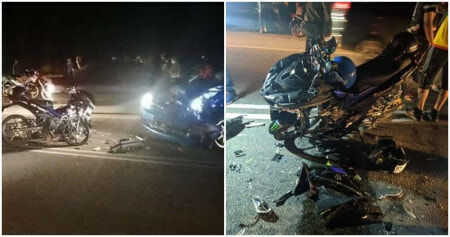