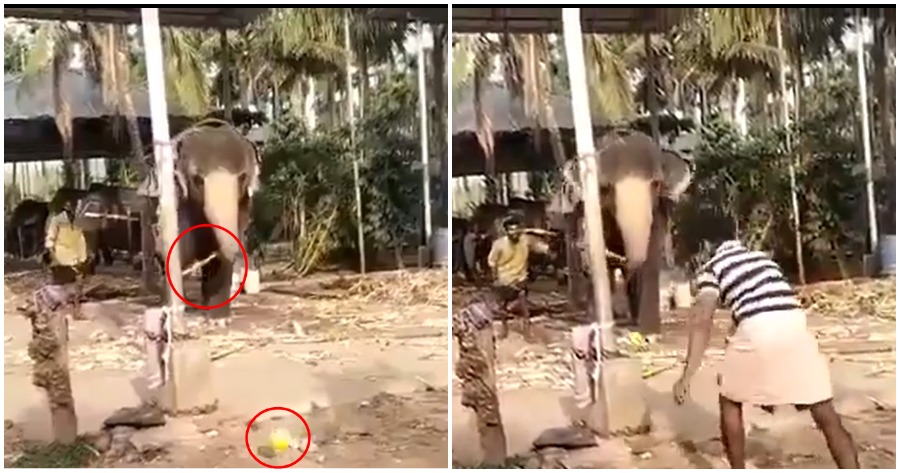 Have you seen an elephant playing a game of cricket with human beings? Well, now you have.

On 8 May, a video of an elephant playing cricket with a group of men in India went viral on social media. The bizarre 30-second clip posted by user Gannuorem (@Gannuuprem) and has received over 600,000 views as of today (10 May).

Have you seen an elephant playing cricket? Well he is better than many international players.
pic.twitter.com/WrJhnYTboW

The caption read, “Have you seen an elephant playing cricket? Well, he is better than many international players.”

The clip showed an elephant holding a bat with its trunk. It is then pictured swiftly hitting the ball when one of the men throws it at him.

Many netizens were amazed at the elephant’s ability and took to Twitter to show their support: 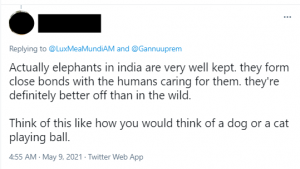 While some were impressed with the elephant’s cricket skills, it appears as though not everyone found the stunt adorable as some users saw it as a form of animal abuse.

Some of the users even argued that the animal was being tortured to do the stunts as animals aren’t supposed to do what we, humans can do.

What do you think of the video? Let us know in the comment sections! 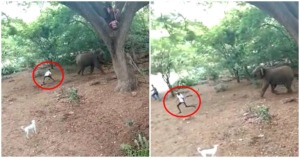