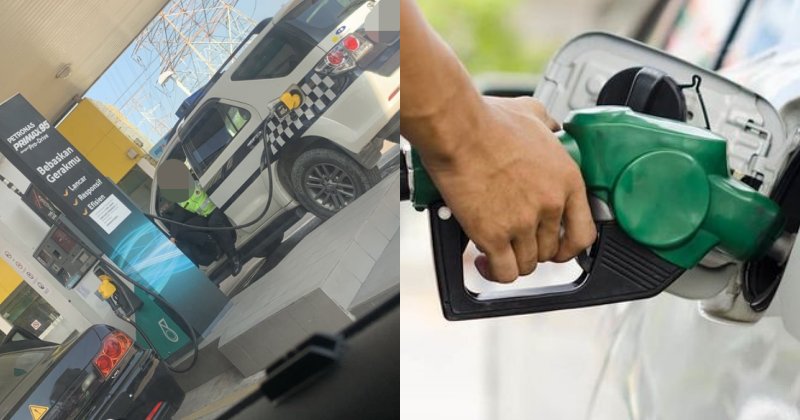 When a viral image of a JPJ Officer using his phone while refuelling at a petrol station took social media by storm, netizens commenting on the incident threw much hate at the image that they saw.

How is it possible for us civilians to follow the rules when authorities put in place to enforce it do not follow them as well? 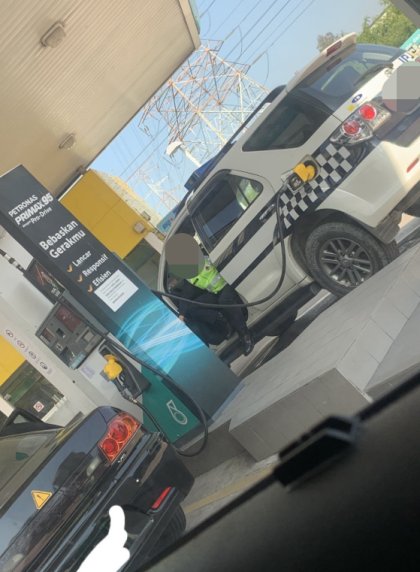 Well, one netizen stepped up to the plate sharing his argument on the issue, and here is what he had to say.

“The use of a handphone when at the petrol station will not cause a fire.”

“Petrol stations have also made it a point stating that phones are allowed to be used, only if it is done when inside the car.”

Netizens commenting on the image added that the use of handphones may not be the cause of a fire, but can be a source carelessness which could lead to more serious things to happen.

One netizen said, “Phone will not cause fires. But maybe the cause of accidents, loss of life, over-fueling and damage to property.”

Another netizen agreed on the matter that handphones cause negligency.

“This is negligency. The act of using your phone may cause negligence. Please don’t normalize such habit. Never leave the nozzle unattended.” 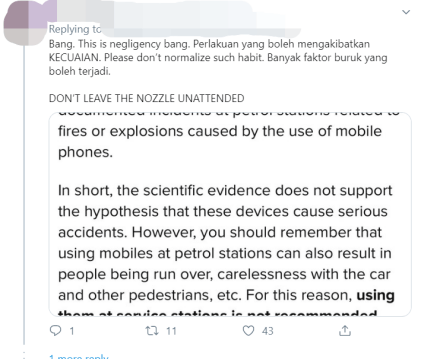 Some also mentioned that if the usage of phones we unsafe, many mentioned the use of a new app invented to make payments at the petrol station easier.

For whatever the reason, we believe that it is better to be safe than sorry especially when dealing with flammable materials. 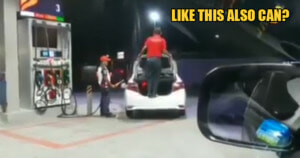