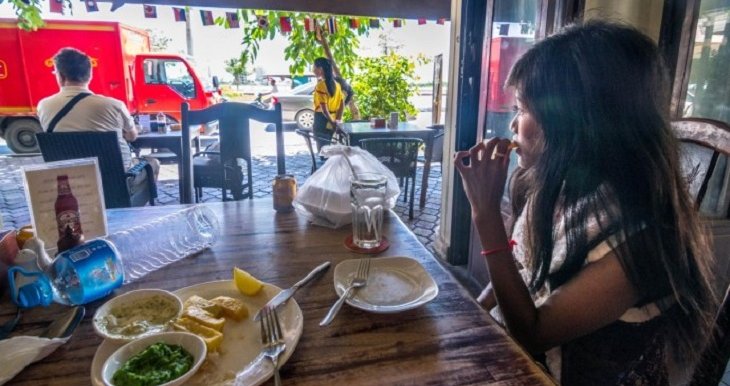 My friends and I had the weekend off so I decided to stay in a hostel and do my own thing. Although travelling with friends is definitely the way to go, it can get tiresome from time to time.

So when the next morning cam, I woke up and headed out with absolutely no plan. The only thing I wanted to do was to try and get some pictures around the city or river.

Exploring huge markets and strolling through the different atmospheres of the city was amazing! After walking a few miles I had finally made it to the river and sat down for a little while to scope out the surroundings.

Shortly after sitting on a small bench, a young woman came and sat next to me. I could see from her poorly done makeup and the way she dressed that I was a customer to her. I suspected her business was prostitution. 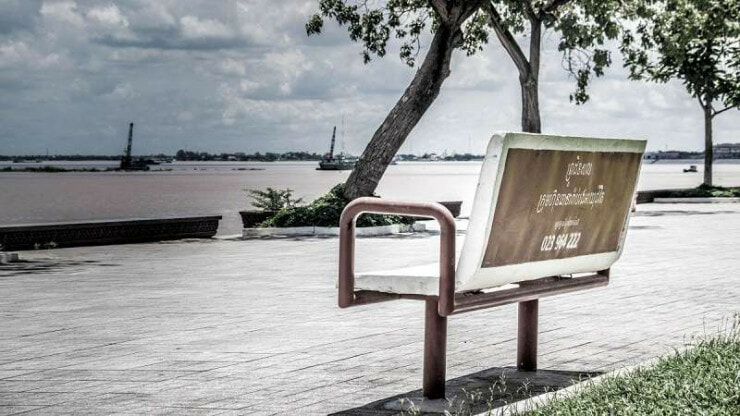 She introduced herself as Anette. I also said my name and as we sat for a few seconds in silence, my heart began to break. My question of, “how are you today?” broke the silence and although she didn’t speak fluent English, she spoke it well enough for small talk. We spent a few minutes talking about the river and the city, small things like that.

Finally I asked what she did for a job. She explained in broken English that her job was to have sex. When she said this I could tell she was partly disappointed to admit this and she was partly wondering if I was interested. I told her,

By looking at her somewhat anorexic figure I assumed she didn’t eat often. So I asked her what restaurants she recommended in the area. After she said the name of a place within sight, I offered to buy her lunch. She agreed and I wondered what I had just done! This woman’s looks made it obvious about her trade… what would people think?

As we walked I could see the faces turn to see her. Other women would look in a disapproving way, men would look at her and then me as if to know what’s going on. Out of insecurity of the situation I explained to her again that I was not a customer and did not want anything in return. She said she understood so I let the situation play out.

When we sat down at this riverside restaurant, I could tell she felt out of place. “Have people taken you out to eat before?” I asked. She said “no never!”

While waiting for our food I got to know Anette a little better. She is 25 years old and travels back and forth from the rice fields for work. It’s the off season however so she doesn’t have any work back at her home.

I asked her a little bit more about her work. She explained, “I don’t like my work but what can I do?” In saying this I could see how claustrophobic her life was to her. She didn’t want to do this work at all but she just couldn’t figure out another way.

I kept prodding about her life and found out that because her mom passed away, she takes care of her 7 year old sister. I then asked Anette what she liked to do for fun. She said,

“I don’t like work but I like having a customer. At least then I’m not alone. I don’t like being alone. Because of travel and work I have no friends.”

After our food came to the table she asked my permission to get it to-go so her sister could eat some of it. Of course I agreed even after she refused to let me buy her sister her own meal. Then I remembered the market I walked through earlier. I asked her if she and her sister had enough clothes. She said no so I offered to buy her clothes and she excitingly said yes! 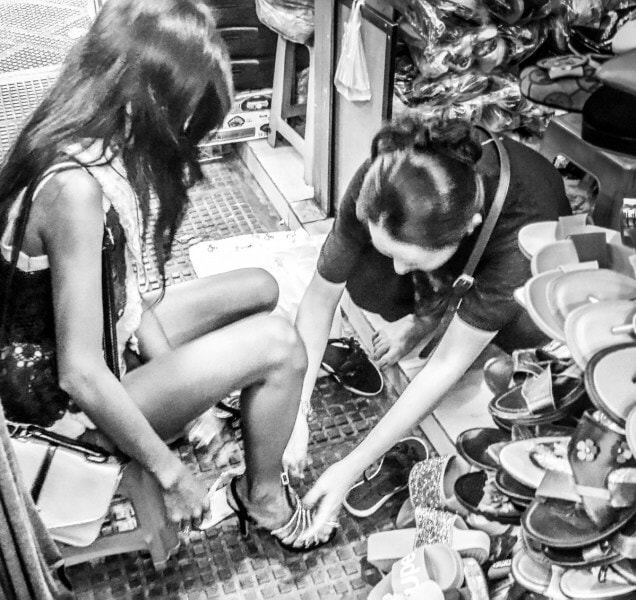 My experience in the market was very different this time. Before, every vendor would call out “SIR SIR, would you like shirt? Would you like camera?” Whatever the vendor was selling would be called out to me, but not this time… Vendors saw me with this woman and looked away embarrassed. It was a lot quieter than before and I knew why. We eventually found jeans and shirts though and for $32 she was able to get a few outfits for her and her sister, including a brand new pair of shoes.

People look and assume they know what’s going on. They look at her with contempt for what she does and what she represents.

BUT I KNOW THE TRUTH

After she got her outfit I gave her a few extra dollars and we parted ways. Anette finally believed that I didn’t want anything. When I told her I had to go I could see shock on her face. Her expression showed her disbelief in what just happened.

I saw her walk away happy to go find her sister. With new clothes in one hand and a meal in the other, I realized, this is what God does for us. He sees us in a way that no one else may. He gives us more than new clothes and a meal – He gives us a new name. We sell ourselves to the things in this world all the time, but He takes us and buys us back. He loves us with a love that cannot be described.

We can more accurately demonstrate this love through actions rather than words. Go show people love today!

Also read: Woman Tries ‘Happy Ending’ Massage In Bangkok, This is What She Has To Say About It 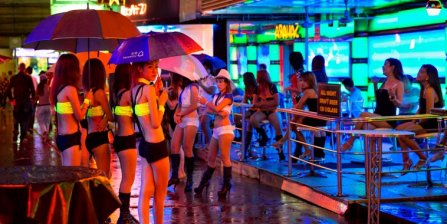