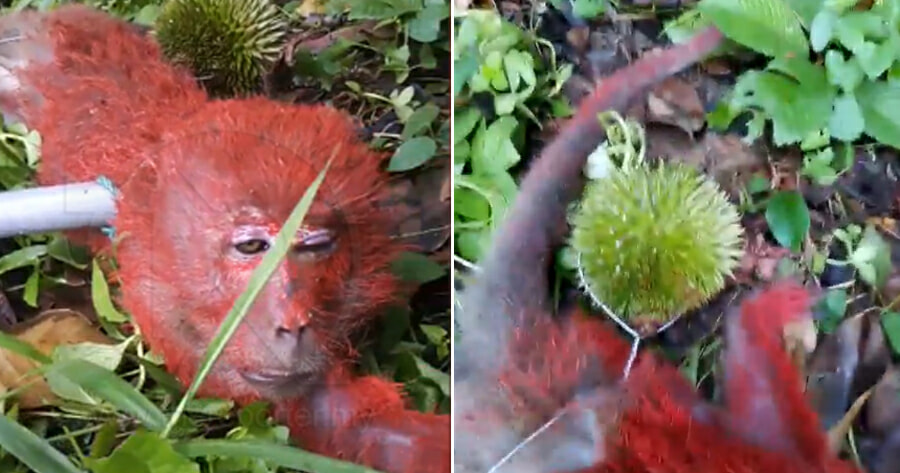 Monkeys are probably some of the most mischievous animals we have to live with, stealing food from homes and leaving behind huge messes wherever they go. Often times, we’ve witnessed monkeys attempting to steal our food when we’re having a picnic in the jungle as some monkeys have become very brave, but there’s nothing much we can do about it except to chase them away and keep an eye on our food.

While most of us are not likely to take action against the monkeys who steal our food, a gardener in Malaysia wanted to teach a monkey a lesson because it was caught stealing durians from his garden.

However, the way he did it only seemed like he was torturing the poor animal!

In a viral video that was posted on Facebook, the monkey can be seen being tied by its arm, leg and body to three individual durian fruits. The monkey also seems to be spray painted red, probably by the owner of the garden, according to The Reporter. 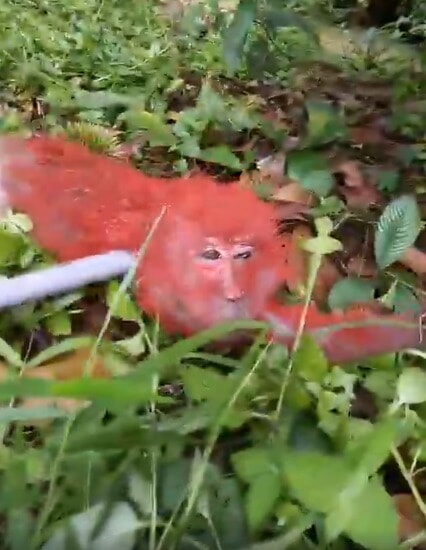 Although the location of the incident is unknown, nor is the identity of the man, the video is believed to have been recorded somewhere in Kuala Lumpur, where the owner scolds the monkey relentlessly as it lies on the ground, unable to move.

“I’m letting you go now, tell your friends don’t come back here to eat, do you understand? Don’t come here to eat, you wanna steal please go far away,” he said. 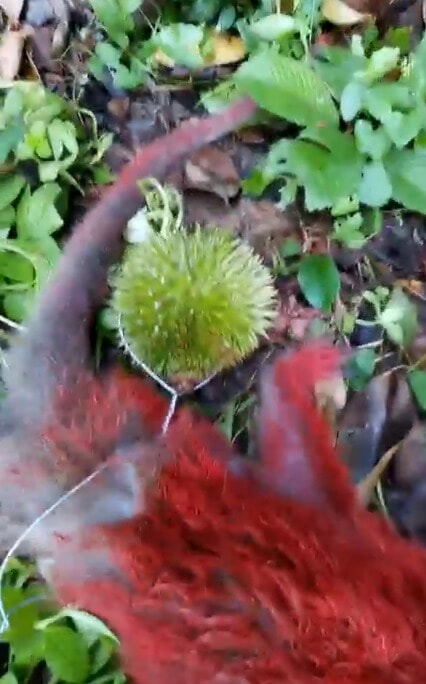 Many netizens slammed the owner for treating the monkey as such, saying that tying the monkey up like that is considered animal cruelty. However, on the other hand, others expressed that this wasn’t torturing the animal, but merely an old-fashioned punishment.

Aiyo, poor monkey! It looks so pitiful and helpless. What do you think of what the gardener did? Was it too cruel or was his actions justified because the monkey stole durians from his garden? Let us know in the comments below.

Also read: It’s Becoming More Common To Own Endangered Animals In Malaysia & No, It’s Not a Good Thing 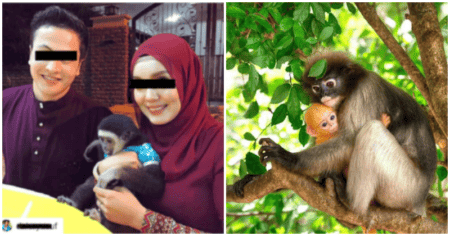